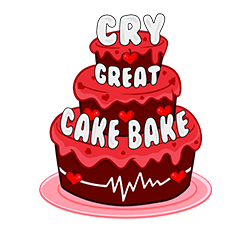 The seventh annual CRY Great Cake Bake took place on Friday 23rd November 2018 as part of Raising Awareness Week. We would like to say a big thank you to everybody who took part in the CRY Great Cake Bake, and for helping to make the event so successful. Your support will enable CRY to continue its important campaign, and help to raise awareness in your local communities.

We are still receiving money raised from the CRY Great Cake Bake, but we are delighted to say that we have so far raised over £28,000! We are pleased to have had over 100 supporters registering for packs, but this number is continuing to rise as supporters are sending in their money!

We are also delighted with the response we have had to our brand new CRY Great Cake Bake logos and Cake Bake specific display materials. It is wonderful to see these being used among your magnificent bakes in the lovely photographs and stories we have received so far.

Thank you again for your wonderful support, we are so grateful for your fantastic fundraising efforts!

Please see stories and photographs of your efforts below- if you would like to add your Cake Bake photos or story to this page, please email chloe@c-r-y.org.uk.

We had so many fantastic names which were suggested. The decision was a hard one, but a panel of CRY employees discussed their favourites and the most popular name is...
Felicity Frosting
as chosen by Marianne Bailey. Thank you to all who entered.
Previous
Next 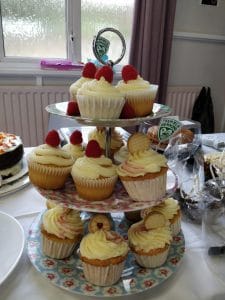 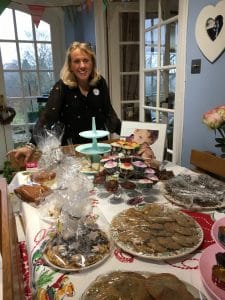 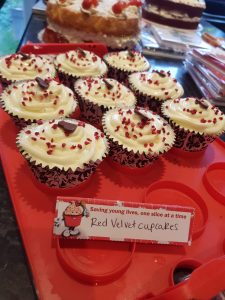 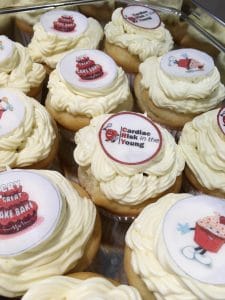 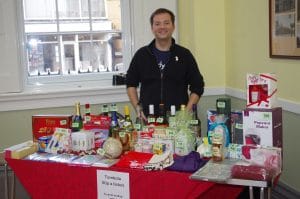 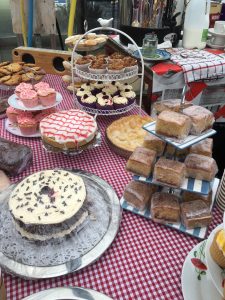 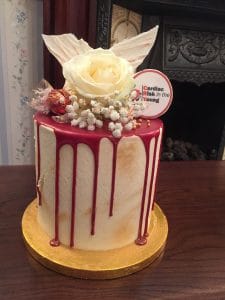 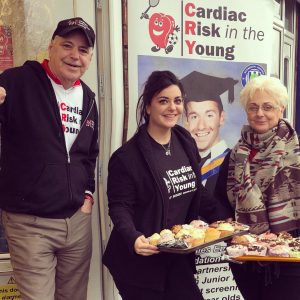 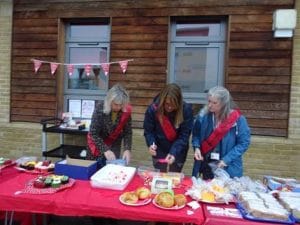 Hollie raised £160.30 at the salon where she works

Hayley raised £800.21 at the Aldershot Centre for Health in memory of her husband, Richard Brember

Ruth raised £900.00 with her partner, Alan, in memory of her son, Michael Land

Jayne Smith and other Staff and Students at Bodmin College raised £260.00 in memory of Thomas Demaine

Mandy raised £75.00 at the Frimley Green Medical Centre in support of CRY

Ingrid raised £163.61 in memory of her daughter, Freya Rose Dalrymple

Faye and all those from EDP ltd raised £71.31 in support of CRY

Nicole raised £206.80 in memory of David and James Hamilton

Deirdre and her daughter, Nicky, raised £732.00 in memory of Alan Lumley

Paula raised £285.00 in memory of her son, Matthew Hesmondhalgh

Graham and Ann raised £743.30 in memory of their daughter, Claire Louise Reed

Rosemary and Peter raised £900.00 from their cake bake at their home, in memory of their son, Alexander Goodman

David raised £325.00 at the Job Centre in Whitley Bay in memory of his son, Damien Jewell

Tanya and those at Howdens Joinery raised £151.00 in support of Victoria Dillon

Graham and Jenny raised £2,110.00 in memory of their son, Jamie Loncaster

Theresa and all at the Family Building Society raised £220.00 and kindly provided sponsorship support for the Cake Bake

Laura raised £1,431.00 in memory of her husband, David MacMillan

Ellery raised £381.00 at Charterhouse Club in memory of her son, James McGowan

Sarah raised £213.39 in memory of her husband, Liam Meadows

Peter raised £887.39 in memory of Ben Daniels for his sponsorship in the Big Heart Bike Ride

The Cry Office raised £117.89 from their cake bake

Rita raised £532.48 in memory of her son, Richard Ponting

Sharon raised £450.00 at the Unicorn Primary School in memory of her son, Evan James Schonfied

Charlotte and all those at Langley Park School for Girls raised £70.00 in memory of Arabella Campbell

Magda raised £220.71 in memory of her friend, Anthony Fitzgerald

Adrian and Amanda raised £5,800.00 at a Garden Centre, in memory of their niece, Bethany Mycroft

Mattie raised £282.00 in memory of his friend, Ethan Jones

Chelsea raised £130.00 at her home and place of work in support of CRY