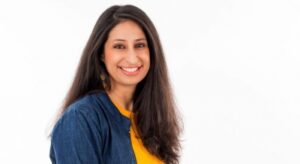 The radio show will incorporate broadcast music, acclamation, live interviews with cardiac specialists, young survivors and a series of reminders in support of the charitable organisation, CRY. It also aims at raising funds for its ongoing engagement in preventing sudden deaths by heart failure in the young.

Renowned Bollywood actors and singers are part of the initiative as well, including Sukhbir, Sonu Sood, Asees Kaur, Mahalakshmi Iyer, Anamika and and Shruti Hassan.

She will be accompanied by guests such as the international singer-song writer Arjun on the digital audio broadcasting. Arjun is one of the many esteemed ambassadors of the CRY foundation who began to support it post the demise of his wife from a previously undiagnosed heart condition. He is also responsible for raising almost 40,000 pounds for CRY in 2020 in a large-scale concert at the Hammersmith Apollo starring Guru Randhawa, Mickey Singh and Jaz Dhami.

According to RJ Anushka, “This unique media collaboration will spread awareness as much as it will raise funds for the cause. We are long past the time when broadcasting was only limited to selling commercials and programming airtime. It has become a means to reach out to the masses and utilize it for the better of the mankind. My heart goes out to those who meet their tragic ends from an undiagnosed heart defect.”

Supporters can contribute their bit by supporting the “Sunrise Radio 36-hour broadcast Marathon4CRY” on their official website. (IANS)