If you have lost someone to young sudden cardiac death (YSCD) and do not think the cause of death given at inquest was a true reflection of what happened, please read this article. 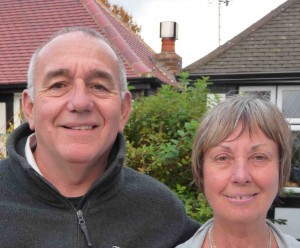 As a CRY family we have have been through the process of having an inquest overturned and a new death certificate issued, and we are happy to assist other families that wish to do the same.

Our story will show that this can be achieved without massive cost, with no previous legal knowledge and within a reasonable time scale.

When our son James collapsed and died outside the family home in November 2001 we were all shocked.  Like many of the stories on the CRY website, he was seemingly fit and healthy and just 21 years of age.

Our family GP gave us an initial lead when he told us that the case sounded like a cardiac arrhythmia.  That was something that we had not heard of, but upon searching the internet we found CRY.  Founder and CEO of CRY, Alison Cox, put us in touch with the then Dr Sharma (now Professor Sharma) and he told us that he thought James had died of long QT syndrome.

Initial cardiac testing of family members did not show anything abnormal, but it was agreed to closely monitor our daughter Abi.

The original inquest into James’s death came and went and we do not remember much about it.  I think at the time we were just numb and worried about our surviving daughter.  The inquest recorded a verdict of ‘Unascertained’ and ‘Natural Causes’. It was not until a few years later that we started to question this verdict.  By now were staring to function a little more clearly and were getting expert advice and information from CRY.  We believed that fit and healthy young people did not just collapse and die without good reason and vowed to find out what had really happened to James.

We were fortunate in knowing Professor Winters, a geneticist, and he agreed to have James’s blood DNA tested.  We understood at the time that this was not available through the NHS in England and the samples were sent off to Denmark.  It took three years to get the results back to the UK and during this time Professor Winters passed away.  James’s case was taken up by another geneticist, Dr Rosser, and she concluded that the results of the DNA testing clearly showed that James had died of long QT syndrome. This proved that Dr Sharma’s original suspicion was correct.

This information allowed family members to be DNA tested, and by now – 2006 – testing was available through the NHS in England.  A couple of months later we found that no other family members carried the gene responsible for James’s death. We were pleased to know our surviving daughter was not at risk – and also thought we had the information to take to our coroner to have James’s death certificate changed.

Our coroner, Alison M Thompson MBE, was extremely helpful.  She told us that if she were able, then based on the new evidence, she would re-open the inquest.  Unfortunately, it transpired that the law did not allow her to do so. This was a disappointment to us and we left the case until early in 2012 when we decided to have one more attempt at getting the inquest overturned.

Initially we wrote to our MP, Nick Hurd, giving him all the case details.  He was sympathetic and suggested we write to The Attorney General’s Office.  We did this and were advised by his office to make a formal application to The High Court to have the original inquest overturned. At this stage we took some legal advice and saw a local solicitor.  He was frank in saying that he had not come across this sort of case before, but thought that based on the firm DNA evidence we had a good case.  He advised us that, should we wish, we could represent ourselves in court. This turned out to be good advice, saving us lots of money.  It also transpired that throughout the whole process, many of the people within the legal system also said that they had not come across this sort of case before.

Here are the key elements of the process we went through:

In conclusion, we think the effort was worthwhile and that the process was quicker and smoother than we thought it would be.  We were fortunate to have a very supportive coroner and all the people we dealt with throughout the process were extremely helpful.

We believe that the record is now straight.  We do know what happened to James and this is reflected in the legal judgement.

The Chief Coroner was one of the trial judges and in his judgement he went on to say that he was in the process of drawing up new guidelines for all coroners in England and Wales.

We hope this judgement will be a landmark in allowing other families that feel the same way as us to take the same action.

However, we also hope that the advancement in medical science and testing means there will be less cases of ‘Unascertained Natural Causes’.

We have kept all the necessary documentation and are happy to pass copies of them on, along with any advice that we can.