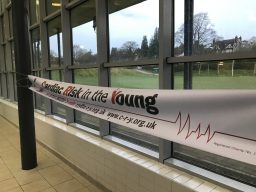 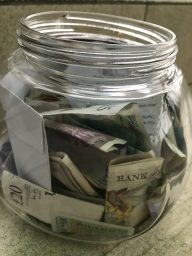 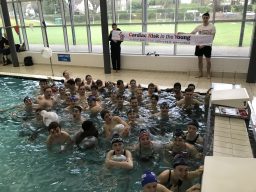 This is the third charity swim I’ve organised over the last three terms; the first one supporting Teenage Cancer Trust and second for Brain Tumour Research.

I chose CRY on this occasion in memory of two sorely missed Berkhamsted School Boys, Harry Faulkner (February 2013) and Alex Hubbard (December 2014). The support from the pupils was incredible, with over 60 swimmers turning up to take part or making a donation. Due to the high numbers, we did a continuous relay for the hour.

An incredible £851.51 was raised on day, with a £250 donation in one cheque! A few more donations have come in since the event and the total is now £900. Harry’s sister Charlee (Year 7) and Alex’s brother Joe (Year 8) both took part in the swim, and it was also really lovely that Mr Faulkner came down at the start of the session and Mrs Hubbard with some of her close friends were also in attendance, and stayed to watch the swim. There was also an appearance from Old Berkhamstedian Michael Andrews, who was one of Harry’s best friends.

Thank you to the following who were amazing at this session: