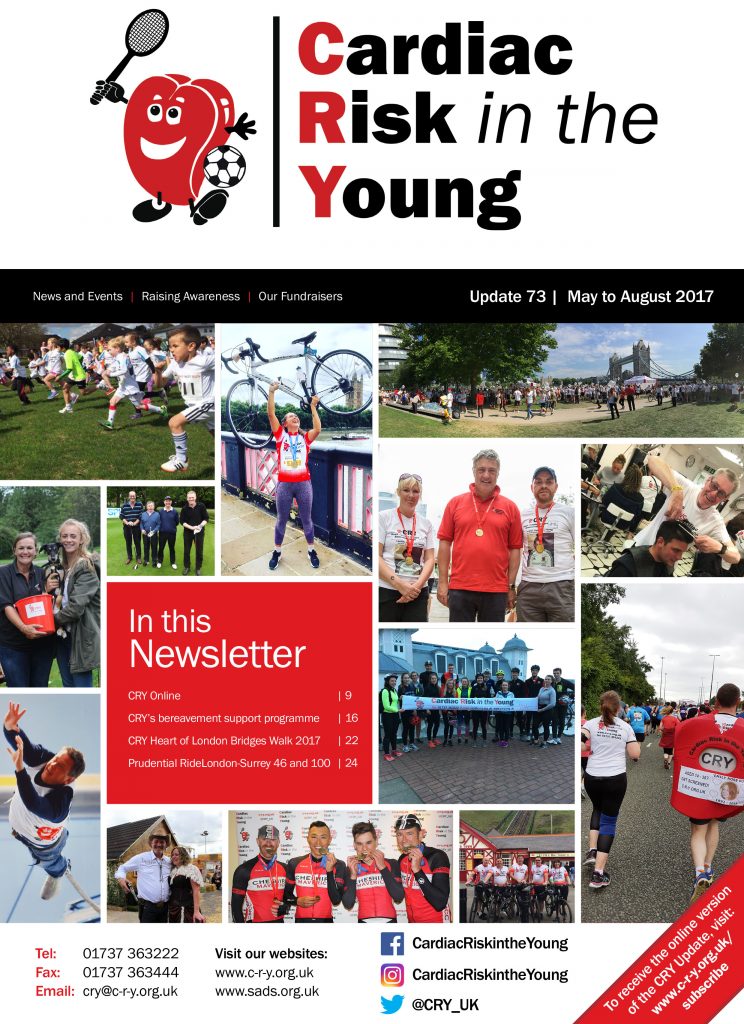 CRY Update 73 reports on all the CRY news, events and fundraising from May to August 2017.

In June, CRY launched a new version of its main website. The site immediately saw the number of visitors double in the first month and has consistently recorded more visitors per month than before the new version launched, indicating just how helpful this update has been in engaging people online and spreading awareness.

To coincide with the changes CRY is making to its online presence, a new CRY Online segment has been introduced in this issue of the Update, featuring a new segment from CRY Chief Executive Dr Steven Cox and a look at CRY’s social media from May to August.

The summer months featured several key fundraising events as always. The CRY Heart of London Bridges Walk on 9 July was a fantastic event as 1,423 people gathered together to walk in memory of those they have lost and to support CRY, all while spreading awareness in the centre of London. CRY Patron and Hollywood actor Vincent Regan also attended, speaking at the start of the event before leading the walkers from the starting line.

As the summer period came to a close, CRY launched new Facebook bereavement support groups. There are groups for bereaved mums, dads, partners and siblings, as well as a general group for ‘Family and Friends’. Due to the specific nature of each of these groups, they will allow people to share their experiences and emotions with those who have suffered similar tragedies.

For this issue of the Update, CRY Founder Alison Cox MBE has discussed the development of CRY’s bereavement support programme.