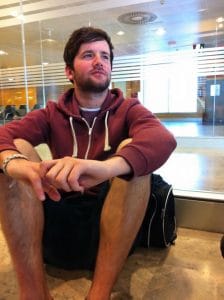 “I’m going up now Dad”; “O.K. son I’ll see you later”; this conversation between my son Daniel and myself seemed pretty normal at 9:30 P.M. on the evening of March the 18th 2015, little did we know that it would be the last time anyone would speak to him. My wife Sue and I had been chatting with him over dinner as normal, he was his usual chirpy self; laughing and joking as he pretty much always did. Sue had gone to bed earlier leaving us working on a project on his Ipad, She heard Dan get up and go to the bathroom at around 1am on the 19th of March, he returned to his room, closed his door and went to sleep. He never woke up! I went to work at 5am blissfully unaware that our son was already dead –  Sue got up around 6 and when Dan had failed to rise by 7a.m. she went up to his room expecting him to have overslept or hit the snooze button. He didn’t answer when she knocked on his bedroom door so she entered and found him lying in his bed in a normal sleeping position, his eyes closed and his head resting on his hands. However it was obvious by his colour that something was very wrong, he was unresponsive and when she touched him to shake him he was cold and his limbs had started to stiffen. She rang the emergency services and performed CPR, when the first responder arrived he confirmed Sue’s worst fears that it was too late save Dan. She rang me at work to tell me that our son had died; it’s a phone call that no one should ever have to make or receive and one that neither of us will ever forget.

We live in a small village called Bignall End between Newcastle under Lyme and Crewe, Dan was the village postman so he was well known to most people in our community. He walked 5 miles per day on his round, he ate properly, looked after himself, didn’t smoke or take drugs. He was a fit and healthy 28 year old young man who loved sport; he had played football since he was 10 years old and had captained his local team the weekend before he died. He was a keen golfer, snowboarder, runner and played and watched many other sports as well. There was no reason for anyone to think he would be taken from us so suddenly; His Post Mortem returned SADS as the cause of death. 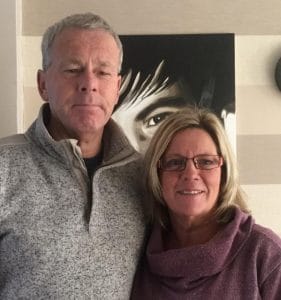 About a month after Dan’s death the undertaker came to visit with donations from the funeral, we didn’t know what to do with the money and he suggested we take a look at CRY’s website. As we started to research SADS the link to CRY became more and more relevant so we decided to set up a memorial fund in his name and try to raise the money to stage a screening day for his close friends, work colleagues and football teammates. Since then CRY has become a big part of our lives as we adjust to being without our precious son, we now hold annual screening weekends in our local community thanks to the generosity and support we have received and we will continue to raise funds for further events in the future.

Being asked to become representatives for CRY is something we feel very proud about and we will work had to raise awareness for this great charity locally and further afield.