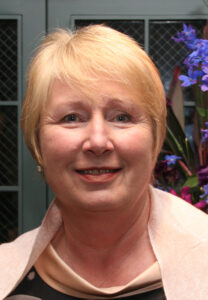 It was Friday, 18th December 1992, our last day before the Christmas holidays: Neil aged 17, Alistair aged 15, my husband Ian at Sheffield University and myself a teacher. I’d been so proud that day as I’d taken in some professional photos of us we’d just had taken. Little did I know that I wouldn’t be able to look at those photos again for over 6 months.

Sunday , 20th started as a normal day. We were baking and preparing for Christmas and the boys had put up and decorated the Christmas tree. Neil was leader of the local venture scout unit. His applications to university to study geography had all been sent. He went off at about 7 p.m. to the local scout hut for a meeting. The lads phoned us at about 8 p.m. and said Neil had collapsed. We went down and Neil was lying on the floor, lifeless, being attended to by paramedics. They worked on him for a while and then took him by ambulance to the local hospital. We followed. I felt my knees giving way. This couldn’t be happening.

The funeral was arranged by the Scout Organisation in Dronfield. I don’t remember much about the organisation but I do remember those scouts including Alistair in their well-pressed uniforms lining the route of the coffin from the lych gate to the church door and I shall never forget the sight of Neil’s coffin next to the Christmas tree and crib scene. 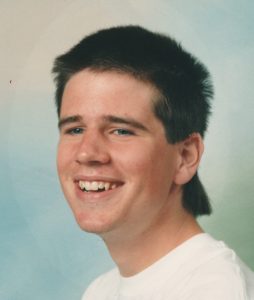 Neil’s university acceptances started coming in after Christmas before his name could be removed from the system. And then the post-mortem. They didn’t know what had caused his death, only that his heart had stopped. The verdict was an open verdict, cause of death unascertained.

CRY didn’t exist in 1992. I only found out about it almost 20 years later when after retiring I needed a charity as President of our local Inner Wheel. There was no doubt in my mind what I wanted to do. I googled Sudden Adult Death and CRY came up. It was just what I wanted. It was for young people. I could do something local. How I wish I had known about it before. I’m sure they would have helped us through those bleak years when we struggled on without any professional help.

I’m glad I’m involved with CRY. Raising awareness and screening as many young people as possible is my aim. We’ve already had one screening in Dronfield. I hope to extend them to other venues in the North Derbyshire/South Yorkshire area. We already have three booked for 2015.