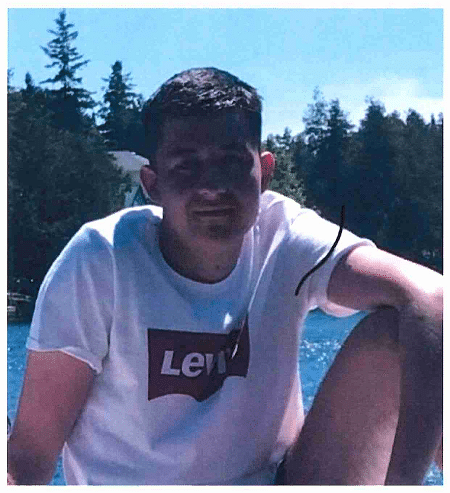 Euan Campbell was only 21 years old and a wonderful son/brother/nephew/cousin/friend living life to the maximum when tragedy struck without warning.

Euan was literally born with a smile on his face and spent his tragically short life having endless fun and playing practical jokes – most often at his brother’s expense. Enjoying Jokes and laughter with his legion of friends and acquaintances. He loved family parties and his witty sense of humour was at its best with an audience he felt comfortable within.

Euan’s tragically short life we know was filled with love, laughter and fun. Pouring over 21 years of photographs we see one constant – an extremely handsome baby/toddler/boy/young man – with a laughing smile and a glint in his eye.

Playing 5 a side football with his work colleagues from the Arnold Clark organisation, where he was training to be an accountant, Euan complained of feeling unwell before suffering cardiac arrest and collapsing. Work colleagues and staff from the football facility undertook CPR until an ambulance arrived and transferred Euan to the Queen Elizabeth Hospital where his heart was restarted and he was placed on Life Support.  Euan was transferred to the Golden Jubilee Hospital, the National Heart Centre for the UK; however despite heroic efforts by the team at the Jubilee, Euan sadly passed away 17 days later, on August 30th, without regaining consciousness.

Life does not prepare you for the totally unexpected.

How could a tall, slim, active and seemingly fit  21 year old man; without a single filling in his mouth or even knowledge of who his doctor might be, suffer such tragedy ?

We now know that Euan’s passing was the result of  an undiagnosed heart condition that only rigorous testing, which is not currently automatically undertaken in the UK,  would have detected. In modern Britain – surely not?

Slowly, extremely slowly, our family has tried to recover and we have engaged with the BHF and with CRY in an attempt to understand and make some sense from our personal tragedy. Remarkably we now understand that the utter devastation we have experienced affects 12 young people every week of every month of every year here in the UK.

Earlier this month Euan’s work colleagues organised a charity football match in his memory and raised a remarkable £3000 to be split evenly between the BHF and CRY.

In 2019, as we gather more strength, our family has already planned fundraising events for both these wonderful organisations which will be again in Euan’s memory.

Euan – your family will love and miss you always. WE WERE TRULY BLESSED