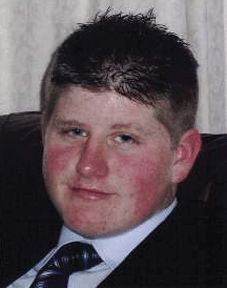 He was out playing with friends, outside my parents' house in Ireland in the evening. He was giving a young girl a piggy back, when he put her down and complained of being tired and then just fell down unconscious. Unfortunately, although he still had a faint pulse, they tried for 40 minutes to resuscitate him but to no avail. He died there on the pavement at around 10.50pm

My dad phoned me at my home in London straight afterwards and told me. I remember feeling as if my heart had been ripped out from my chest. I spent the rest of that evening and the following morning trying to get a flight to Ireland as soon as possible. I managed to get a flight for the Wednesday afternoon but only arrived that evening. There is nothing worse than being so far away from your family when something this awful happens.

The post-mortem showed that he had an enlarged heart but this was not the cause of death… we are still waiting to see if anything abnormal can be found but at this stage they are saying there is nothing out of place.

I last saw my brother in October, just over 5 months before this. I remember us having a tea towel fight in the kitchen, annoying my mum extremely! There are so many things I would have done differently if I knew that would be the last time I was going to see him.

He was a real gentle giant… taller than my mum, dad and me already. He was one of the kindest people I know and was like a big brother to the whole estate where he lived. He would often look after the younger children and make sure that he stood up for those who were being picked on unfairly. Most mothers on the estate would only let their young children go out to play if Grant was out there.

He loved flying model airplanes and his ambition was to be pilot. He suffered from Attention Deficit and Hyperactivity Disorder as well as Dyslexia, so unfortunately this probably wouldn't have happened, but I would have helped him as much as possible.

He also loved all of God's creatures. We both grew up in Zimbabwe, and he had many pets, including a python and at one stage a crocodile which he kept at my uncle Mike's reptile park.

I can't believe someone with so much to give, so full of life, could be taken from this world so unjustly. I am still in shock and feel very empty and angry. This is the kind of thing you think will never happen to you!

I miss him so much. Although there is 7 years difference between us, we had a unique closeness and loved each other unconditionally. We kind of completed each other. I calmed him down and helped him to see things rationally, and he always managed to make me feel joy when I thought there was none, and happiness when the world looked grey.

I would do anything to be able to see him grow up into the man I knew he would become. Caring and gentle – things this world lacks.

I will love you always baby bro, and will always have this emptiness in my heart which you once filled.