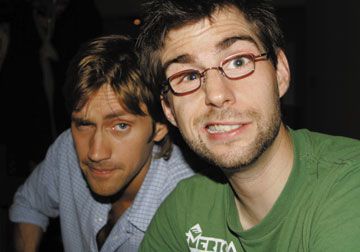 His name was Greg Highwood-Mack and on the 19th March – after nine days in intensive care – in the arms of those who loved him and whom he loved most dearly, he slipped away.

The last time we hugged was the morning of the 10th March. It seemed like any other day…but I suppose that’s what most days feel like. What I wouldn’t give for ordinary. The truth is it was never ordinary with Greg. From the very start he made his mark – arriving 5 weeks early to the surprise of his parents. I suppose it was the trauma of this particular experience that led to Greg’s aversion to arriving early ever again…but he was always worth the wait.

Greg was the boy I was going to marry. He came into my life two years ago…if asked whether I would do it again, knowing the painful conclusion…I wouldn’t hesitate to say yes – I would redo every second. I loved being loved by Greg. And if I had the chance to do it all again – I would do it with even more love. I would listen more, I would give more time, I would agree more and argue less, I would insist more but nag less, I would be there more. I would cherish more.

We met in Covent Garden under the clock on St Paul’s Church. I was a little delayed due to train signal failure, but Greg didn’t seem to mind. I learned very quickly that this was because late was the way Greg preferred to arrive. And I’d been learning ever since. I learned that certain olive oils could only be used on special occasions and that anything French, other than cars, was best. I learned that hugs could feel like home. I learned that if he didn’t buy it, find it, suggest it or make it, it was probably ‘crap.’ I learned to cook with Greg peering over my shoulder in a supervisor fashion and I learned that tweezers were an essential tool. I learned that waiting for the right time was usually a waste of time, but that sleeping in on Sundays was not. I learned that he too needed reassurance.

Greg was the first person who made me feel confident in love. Who made me believe he felt lucky to have me in his life. He was never intimidated by my ambition and strength, but he allowed me to be vulnerable and took care of me when he knew I needed it. He made me laugh. He also taught me how to communicate. Rather than running away from my silences, he worked hard to break them. He taught me that arguments were part of the process of learning someone. He wanted what was best for me even if it meant giving something up himself. He taught me to try new things – taking me to the places he loved and promising to find new places we would both love. We dreamed up a life together – including the places we would visit, the children we would have and the house we would one day build.

Greg held very strong convictions and he did not hesitate to share his opinions…and at times his honesty could be quite honest…but there is something wonderful about knowing and with Greg you just knew. How lovely that someone so picky picked me; that someone who wanted the best from life wanted me. Greg didn’t like secrets – he thought they were poisonous. But he never broke a promise and he never told a lie. 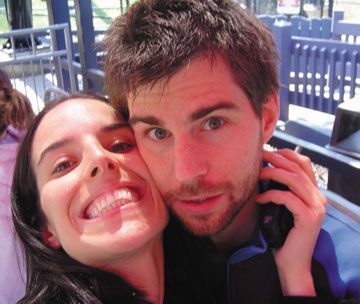 I miss everything about him. His incredible laugh and sense of humour, his falling asleep in my arms when we watched films, his meticulous grooming process, his obsession with the computer and online shipping, his bumbling storytelling, his commitment to those he cared for, his green eyes, his numerous and sometimes controversial opinions, his capacity to find a solution to everything, his ability to say I am sorry….and I forgive you, his explanations about how things should be done and his eventual acceptance that he too could be wrong. His passion for things…his ability to love…his stubbornness, his grumpiness…everything.

I thank him for every moment, up and down. For his laughter and his understanding, his support, his special ways of doing everything. I thank him for being proud of me and for being someone I could be proud of. I thank him for his persistence and his compromise, his grumpiness and his sweetness, for the way he always looked at me as though he’d never seen anything more beautiful.

I write this like I’ve grasped it – but most mornings I wake up and reach over to where he should be. I look forward to a day when it doesn’t hurt so much to breathe knowing how much I’ve lost…knowing how good I had it…knowing how close I was to my happily ever after…towards the day when I can instead focus on how much I gained in the beautiful years Greg and I shared together.