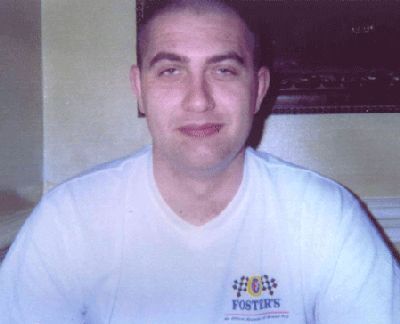 Matthew was our youngest child. He had never been ill, and had shown no signs of feeling unwell.

On the morning of January 15th, around lunchtime, Matthew had just woken up, as he worked six days a week and on a Sunday he had a lie in bed.

I, his mum, was just coming out of the bathroom, which is opposite to Matthew's room. He asked me if I would make him a bacon sandwich. I went down the stairs to do this for Matthew, which only took several minutes in the microwave.

As I entered his room, he was making a groaning sound. I asked Mathew what was wrong. I went near to him and knew there was something seriously wrong.

I held his head in my arms and cried for my husband as he had just gone down the stairs.

I rang for the ambulance. My husband was giving Matthew the kiss of life, but we knew had had died. The ambulance arrived within five minutes and tried for half an hour to bring Matthew back. The ambulance took Matthew away. We waited at the hospital for the doctor to come and tell us Matthew had died. They had done everything they could for him.

Matthew was fit and healthy. He was 6' 2" and 14 stone. We miss him so very much. A part of my husband and I died with him. Life without him is so hard to bear.