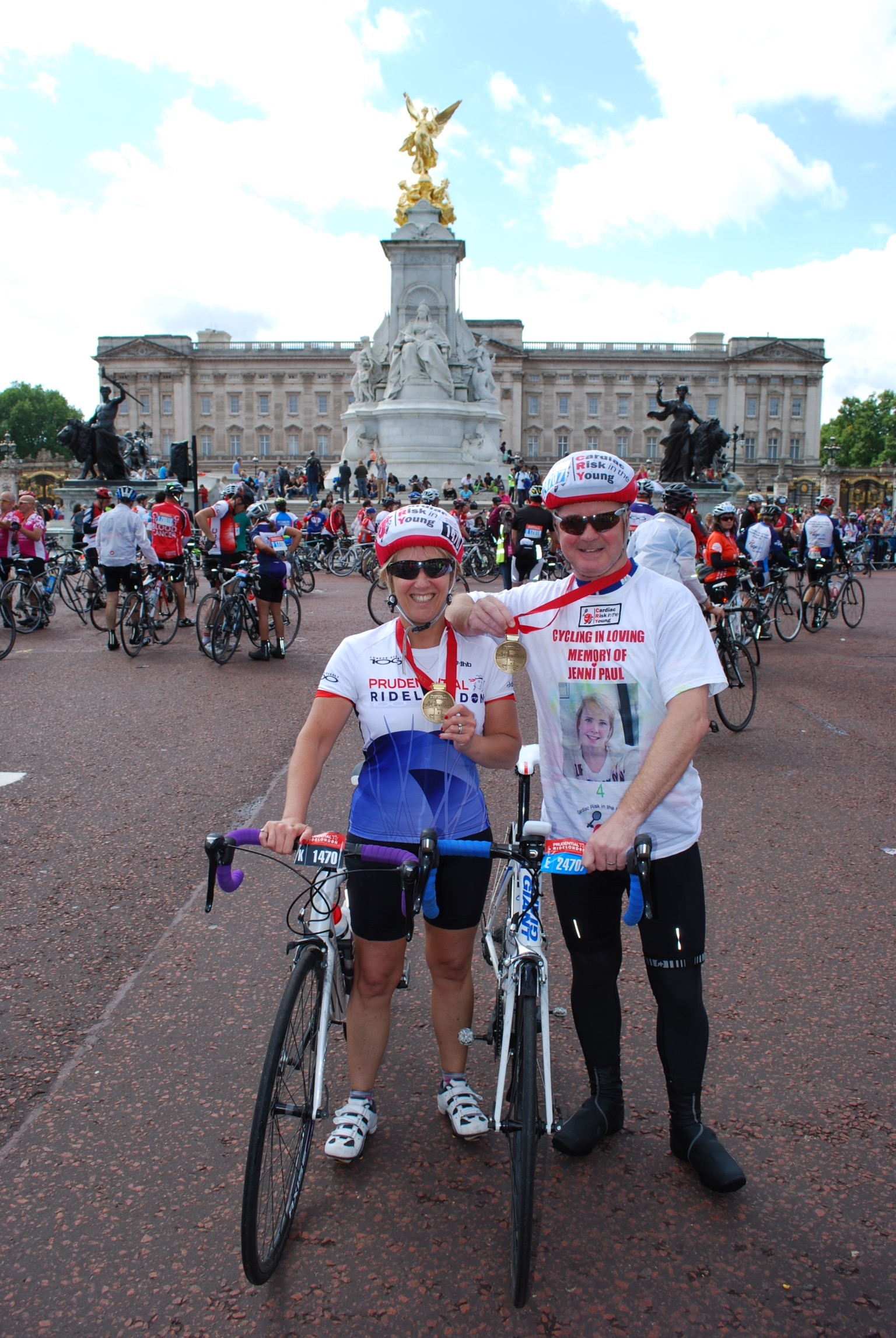 Thank you and congratulations to the brave 38 CRY cyclists who took part in the Prudential RideLondon-Surrey 100 on Sunday 10th August 2014.

The 100 mile route was shortened to 86 miles due to the severe weather conditions, cutting out Box Hill and Leith Hill. The cyclists experienced all kinds of weather along the route.

The day started off with drizzle followed by strong gusts of wind and heavy rain making it difficult for cyclists to see where they were going. They also experienced hailstones, thunder and lightning. There were some short sunny spells towards the end of the day but not early enough to help the cyclists. As always, we can never rely on the British weather.

The team were encouraged and supported along the route at Leatherhead and Kingston by CRY Staff Lesley Dallow, Julie Austin, Pooja Rathore and Hulai Bah and CRY volunteers Denise and Lisa Austin and their families. 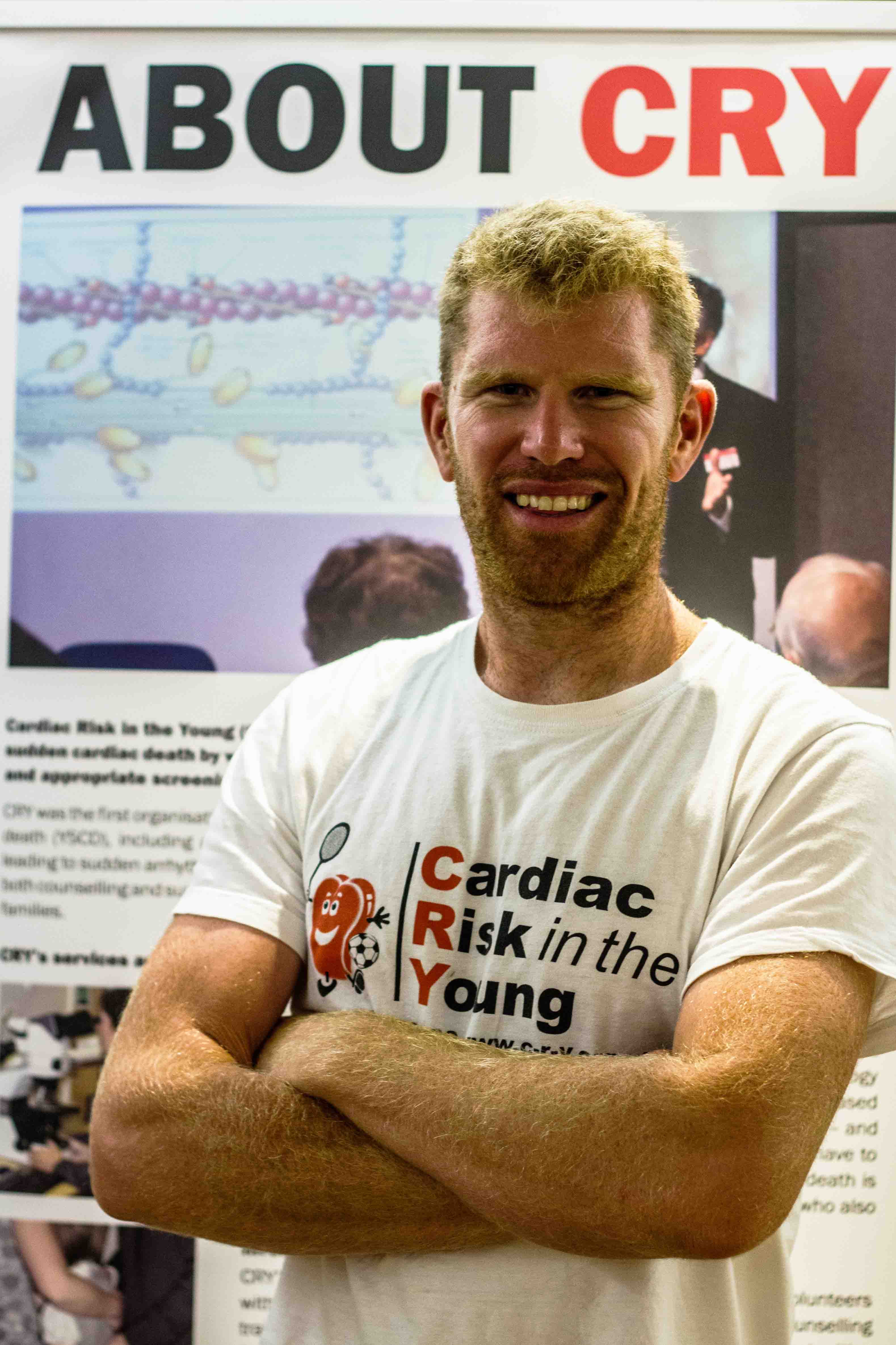 The CRY cyclists, including CRY Patron Matt Wells (left) who was the first to arrive at the Hilton Green Park Hotel, had a warm welcome from CRY staff and volunteers. They were able to enjoy having their photo taken, some snacks, drinks and a well deserved massage and shower. Everyone commented on how great they felt after their massage and shower. The hot shower was especially welcome after such extreme weather conditions.

Alison Cox, CRY’s CEO was able to come along as well for part of the day to meet a few of the cyclists.

It was wonderful to finally meet so many of the CRY cycling team, (30 of the 38 returned) as well as their families and friends, and put names to faces.

Despite the horrendous weather conditions, aches, pains and extreme fatigue, the majority seemed to enjoy the day. We were very sorry that 2 of our cyclists were injured and unable to make it back to the hotel. We wish them a full recovery.

The 38 cyclists in the CRY team were:

We are very grateful to all of them for taking on this gruelling challenge and for choosing to do so for CRY. 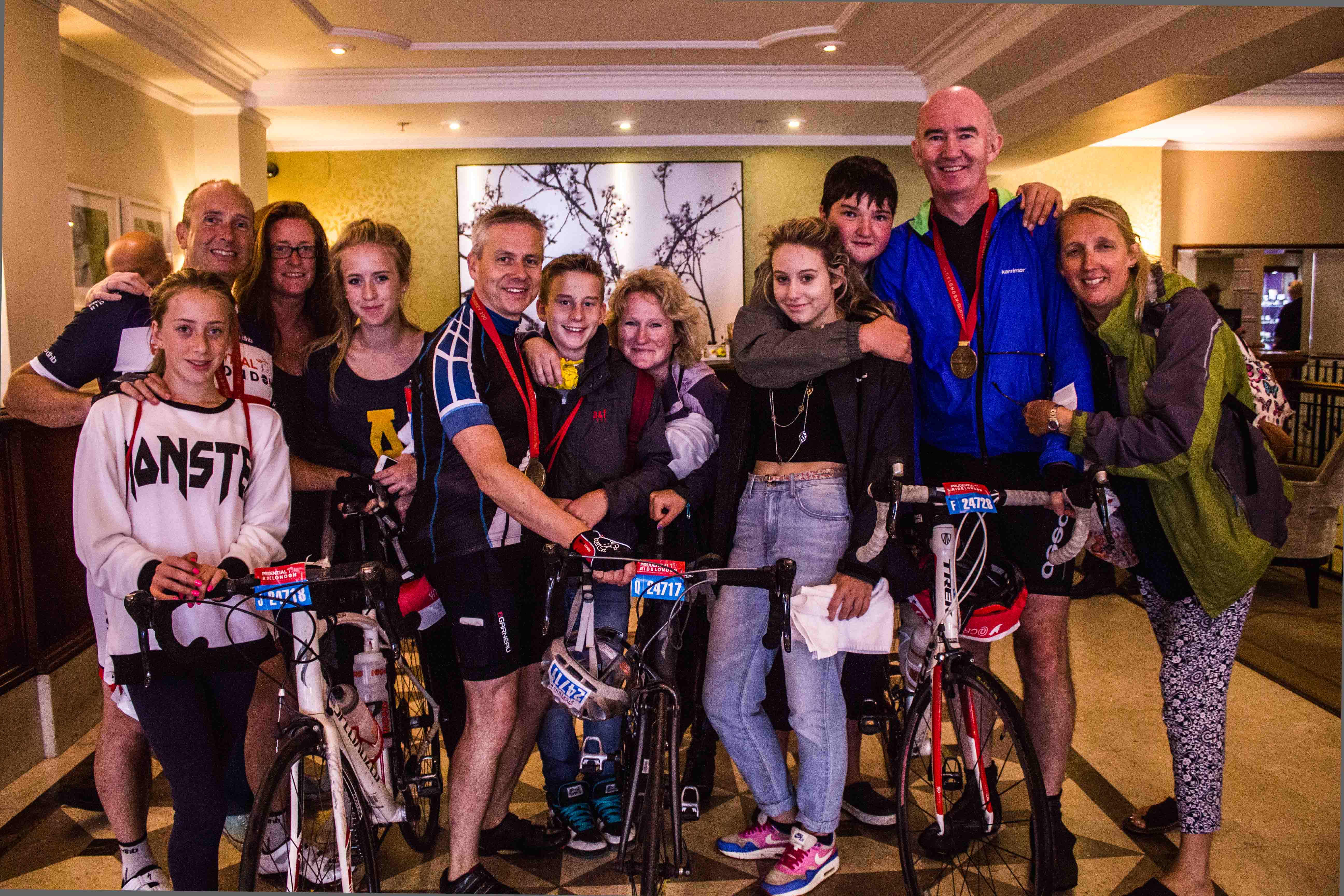 We would like to say a big thank you to CRY volunteers, Lisa and Denise Austin, Nigel Bennett, Jose Sobrino, Linda Taylor and massage therapists Natalia Kwiecinska, Olga Mendes, Michelle Mendoza and Sabena Williams for making the day a great success. Thanks to the Hilton Green Park Hotel for hosting our post ride facilities and for donating an extra room for the bicycles and massages.

Prudential RideLondon-Surrey 100 will take place next year on the 2nd August 2015. If you would like to cycle for CRY in the Prudential RideLondon-Surrey 100 next year please email events@c-r-y.org.uk to apply. CRY has charity places; however, the public ballot is now open. To enter the public ballot, please click on this link
http://www.prudentialridelondon.co.uk/The_Events/100.htm