Funds raised in memory of local schoolboy, Kieran Joyce, led to around 150 young people from in and around the local area being screened for potentially dangerous heart conditions by experts from the charity, Cardiac Risk in the Young (CRY) at an event held at Weobley High School on Tuesday 22 & Wednesday 23 February.

Aged just 15, Kieran died in his sleep from a previously undiagnosed heart condition, in September 2019.  He was a Year 11 pupil who was popular, well-liked and an active member of the community. A talented sportsman, Kieran was a valued member of Hereford FC’s under-16s side and had a bright future ahead of him. He had no signs or symptoms that anything was wrong.

Following his tragic death, Kieran’s Mum Andrea and her friend Carolyn set up the Kieran Joyce Memorial Fund through CRY, and with the help of family and friends, they have already raised well over £10,000, to date. Previously, the Joyce family had publicly expressed thanks to students and staff from local schools, Weobley High School, Burghill Primary School, Kington Primary School, Lady Hawkins’ School and Whitecross High School who had all gone to huge efforts to raise funds for CRY, including a wonderful gesture from Year 11 pupils at Lady Hawkins’ who selflessly donated all the money raised for their planned ‘Prom’ which was cancelled due to Covid restrictions. They have also had generous donations from local sport clubs and the local community.

Every week, at least 12 apparently fit and healthy young (aged 35 and under) people lose their lives to sudden cardiac death in the UK. In 80% of these cases, there will have been warning signs, until it was too late – which is why CRY believes proactive cardiac screening amongst asymptomatic young people is so vitally important.

An ECG test is a simple way to identify the vast majority of abnormalities that can cause sudden deaths in young people. The test is quick, non-invasive and, if necessary, a further Echocardiogram can be taken on the same day to provide further clarity or reassurance.

Dr Steven Cox, Chief Executive of Cardiac Risk in the Young (CRY) comments; “Andrea, her family, friends and the entire local community have worked so hard to raise the funds needed to bring cardiac screening to Weobley High school in memory of Kieran – and as a result, were able to test another 147 young people over the recent half-term break.

“Of this, 2 young people were identified as requiring referral for further investigations – highlighting the importance of CRY’s screening programme, which now provides testing for over 30,000 young people in the UK every year. And, it’s due to the incredible commitment and fundraising efforts of families such as Kieran’s that we are able to offer our programme at no cost to the individual when they sign up to be screened at www.testmyheart.org.uk.

“As with so many of CRY’s amazing supporters, Kieran’s family have so bravely been able to see beyond her own devastating experience to help play a crucial part in preventing other families from having to endure the same devastating grief as they have. We owe so much to our supporters and will continue to work hard on their behalf to ensure we can reduce the incidence of young sudden cardiac death through awareness, research and screening, as well as campaigning for cardiac screening to be extended, one day, to all young people”

CRY’s screening programme is overseen by Professor Sanjay Sharma, Professor of Inherited Cardiovascular Disease and Sports Cardiology at St George’s University of London and the Medical Director of the Virgin London Marathon. Professor Sharma makes no charge for supervising the CRY screening programme and due to this support, CRY can subsidise the programme significantly – privately, these tests could cost hundreds of pounds.

Although screening will not identify all those at risk, in Italy, where screening is mandatory for all young people engaged in organised sport, the incidence of young sudden cardiac death has decreased by 89%. Sport itself does not these deaths but it can significantly increase a young person’s risk if they have an underlying condition. However, research carried out by CRY has also shown that many of these deaths will also occur when a young person is at rest or even sleeping.

Andrea Joyce concludes; “We are thrilled that we were able to raise enough funds to bring CRY to Herefordshire for the first time and give a heart screening to these young adults. It was an emotional day to see many of Kieran’s friends attend.  We have already secured two days for screening in 2023 and we will continue to raise money for future screenings in Herefordshire. You can follow our progress on Facebook at; Cardiac Risk in the Young-Kieran Joyce. 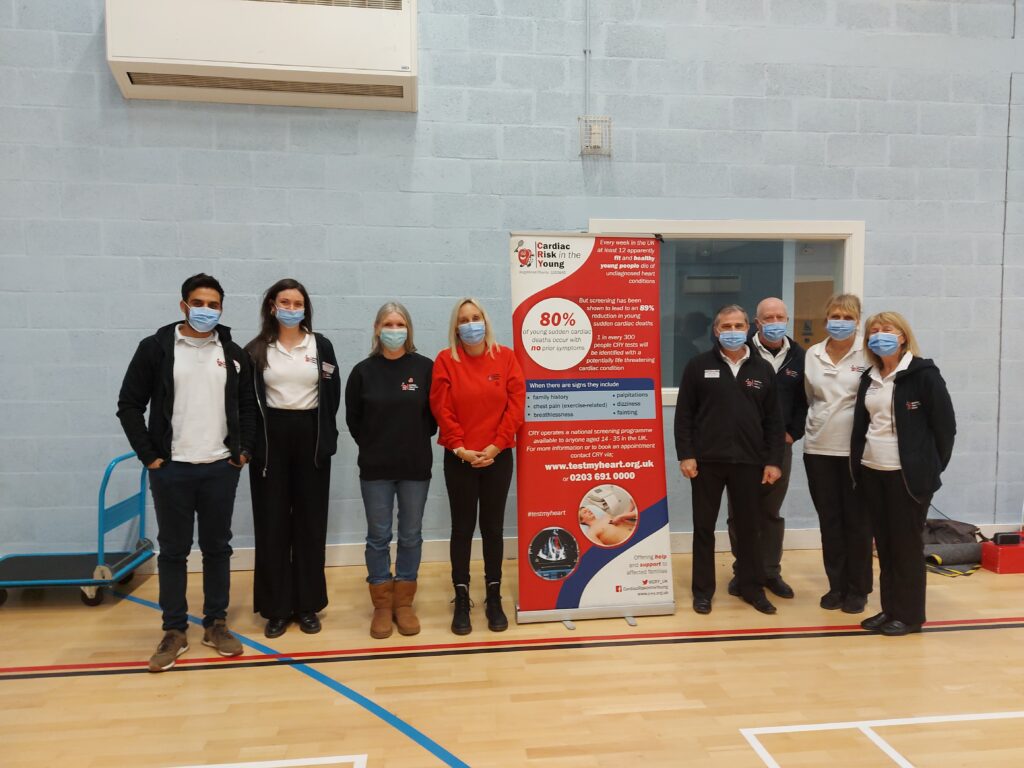 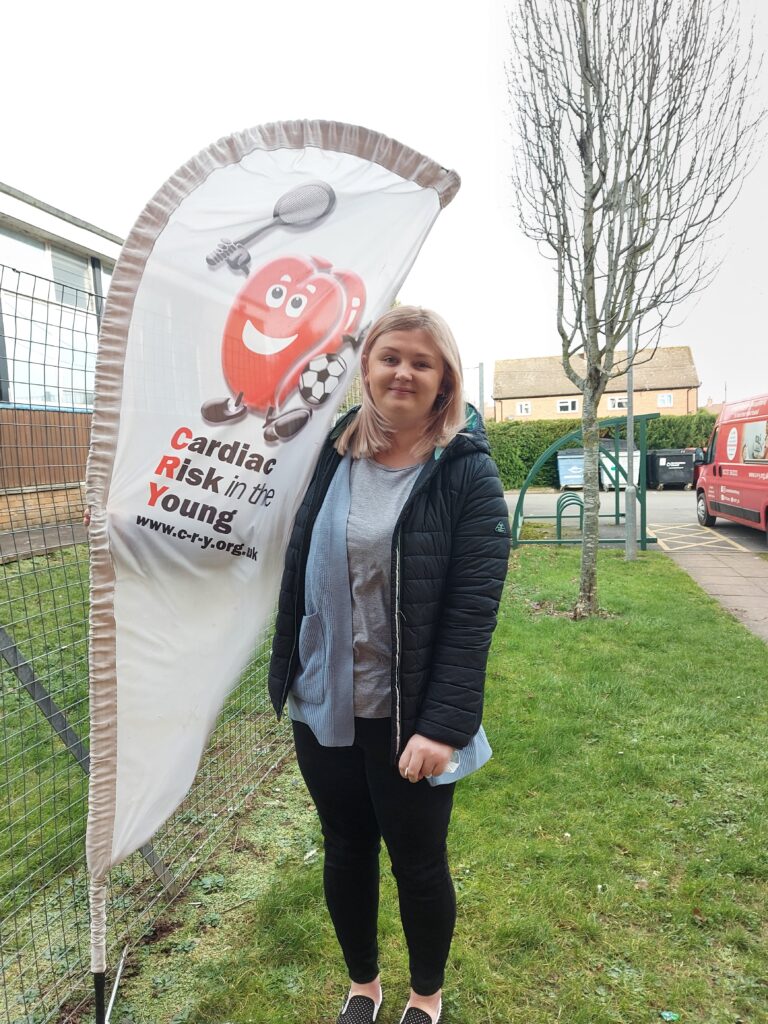