First launched in 2004 (then revived almost five years later) CRY’s iconic postcard campaign marked a turning point in the evolution of the charity. The initiative helped take CRY from a reactive organisation with raising awareness and specialist bereavement support at its heart, to a lobbying organisation where political impact and meaningful engagement with MPs […] 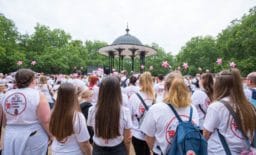 Former international opera star Kathryn Harries first had the idea for a walk in 2006, the year she became a CRY Patron. Then, on 7th July 2007, she completed a 32-mile walk along the Thames path, heading across all of the bridges from Hampton Court to Tower Bridge on her way. A week later on […] 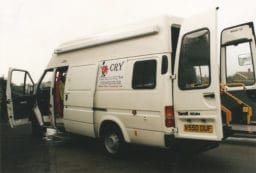 CRY Founder Alison Cox MBE first had the idea to offer cardiac screening to young people in 1993. Alison discussed this with Professor William McKenna, and with the help of the Lawn Tennis Association, CRY held its first ever screening event in 1993. 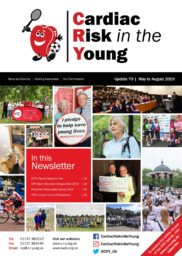 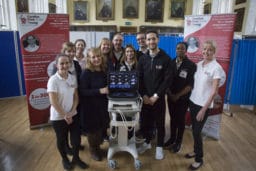 The leading heart charity, Cardiac Risk in the Young (CRY) has added an impressive new Echocardiogram (the Vivid™iq,  developed by GE Healthcare), to its portfolio of screening equipment used on a daily basis by its team of experts – all thanks to funds raised in memory of Harry Faulkner. Harry Faulkner from St Albans collapsed […]

On May 11 2019 we hosted the first CRY Family Research Day, giving some of our supporters a chance to learn more about the massive impact of our research. CRY Chief Executive Dr Steven Cox began the day with a brief overview of how our research and team of specialists have developed over the years.

Dr Steven Cox, CRY’s CEO has today written to the Health Secretary Matt Hancock, urging him to make greater investments to areas of the NHS currently being ‘propped up’ by charity and volunteer section.

CRY’s research program is changing the way we understand, diagnose and manage conditions that can cause young sudden cardiac death (YSCD) 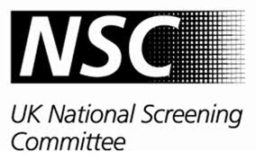 How to get involved: Send CRY’s response to your Member of Parliament Ask your MP to sign CRY’s pledge to support the development of a National Strategy for the Prevention of Young Sudden Cardiac Death  Download CRY’s response as a Word document here Response from Dr Steven Cox, Chief Executive of Cardiac Risk in the […]

If you have not already responded to the consultation please consider this by sending an email to screening.evidence@nhs.net with your response before the deadline of 7th September 2019. All responses will be published on their website after the UK NSC makes its final recommendation.