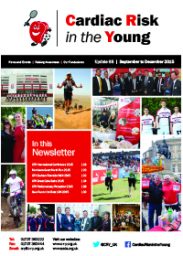 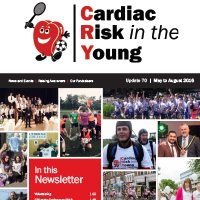 Read Update 70 here CRY Update 70 reports on all the CRY news, events and fundraising from May to August 2016. The 10th annual CRY Heart of London Bridges Walk took place on June 26, and another fantastic turnout of over 1,200 supporters took part in the new route for 2016. We very much appreciated […] 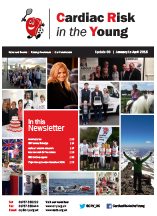 Read Update 69 here CRY Update 69 reports on all the CRY news, events and fundraising from January to April 2016. CRY’s biggest awareness event in this period was our BBC Lifeline appeal, broadcast on BBC One and Two in February, presented by CRY Patron Pixie Lott. She not only made her West End debut […] 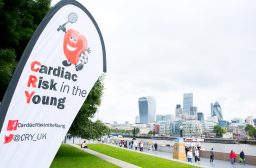 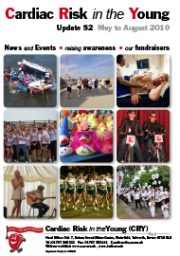 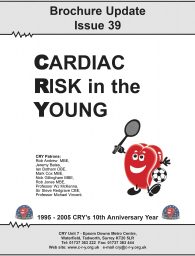 On October 21st 2002, my brother Huw Lewis died during a game of football in Saudi Arabia, where he had lived and worked for over four years. He left his pregnant wife Sarah and 5 year old daughter Molly, as well as a devastated set of parents, siblings, friends and colleagues. Huw’s death was additionally […]