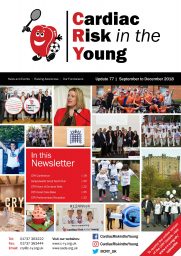 Read Update 77 here CRY Update 77 reports on all news, events and fundraising from September to December 2018. There were plenty of major events throughout this four-month period. We were thrilled to be so well represented at the Great North Run on September 9, with 50 runners taking part for CRY. You can read […] 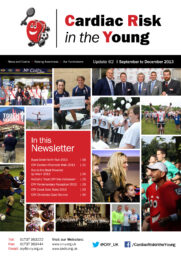 Read Update 62 online here “Traditionally we have found that the last few months of the year are a very busy time, often with several major fundraising and raising awareness activities taking place. September finds our runners busy in the Great North Run and Run to the Beat events; whilst in October our annual Durham […]

anna.aero – 12th November 2014 Michael Grundy was aged just 25 when he collapsed and died while participating in the Nike Budapest Half Marathon in September 2013. An alumnus of the Cranfield Air Transport Management post graduate programme, Michael was a Network Development and Scheduling Manager for Wizz Air in Geneva when he died. Read More […] 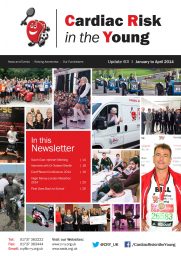 Read the magazine here This latest mailing brings you Issue 63 of the CRY Update, which looks back at CRY news and events from January to April 2014.  A key fundraising and awareness raising event during this part of the year is, of course, the London Marathon; and you will find a write-up and photos […]

“West London based football team, Pitshanger Dynamo, hosted their third annual Race Night on 18th January which aimed to raise money for the club itself and CRY. The community were shocked and saddened to hear that former player, and the son of the Clubs Honorary President, Michael Grundy passed away in September 2013 during the […]