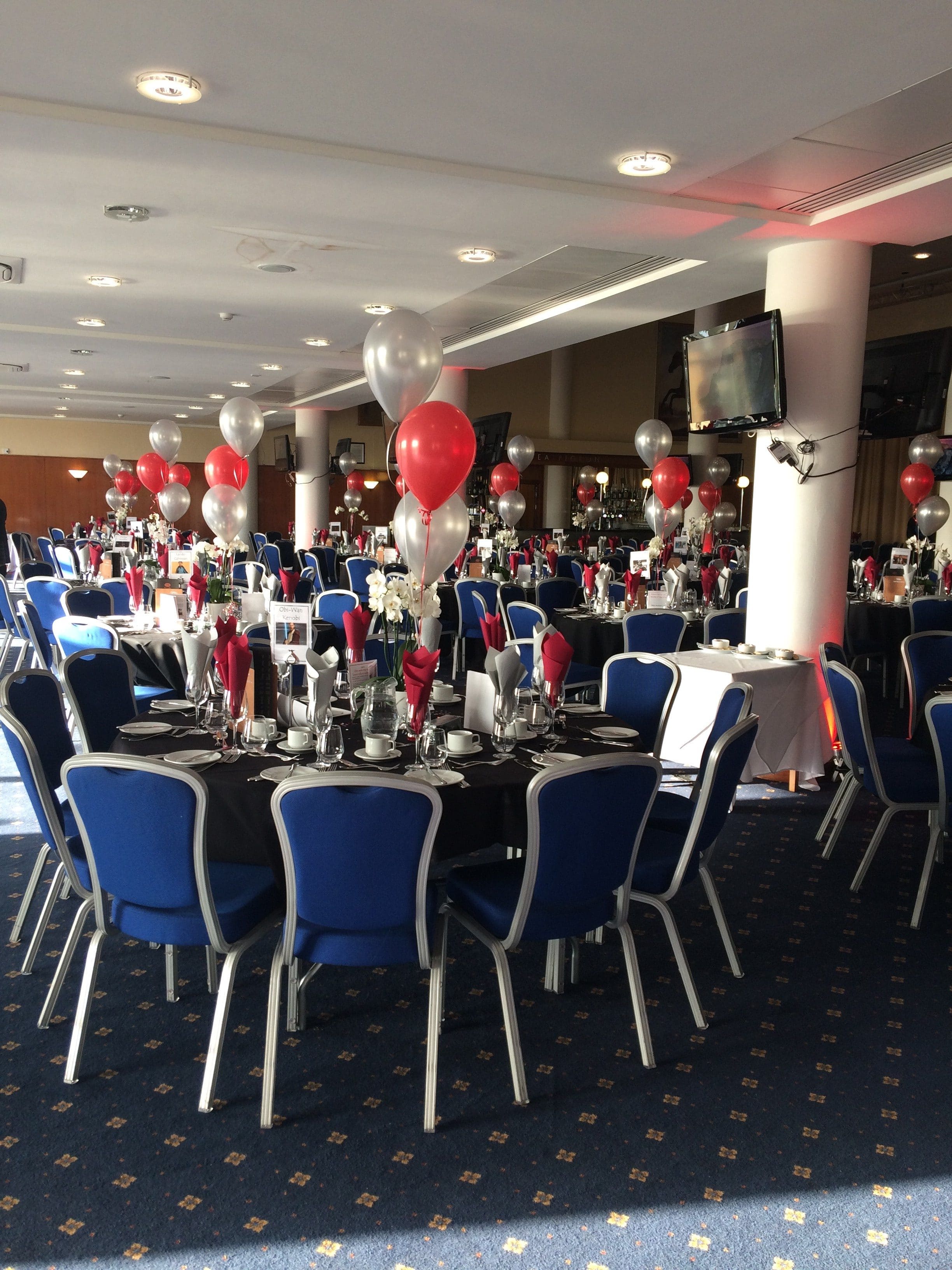 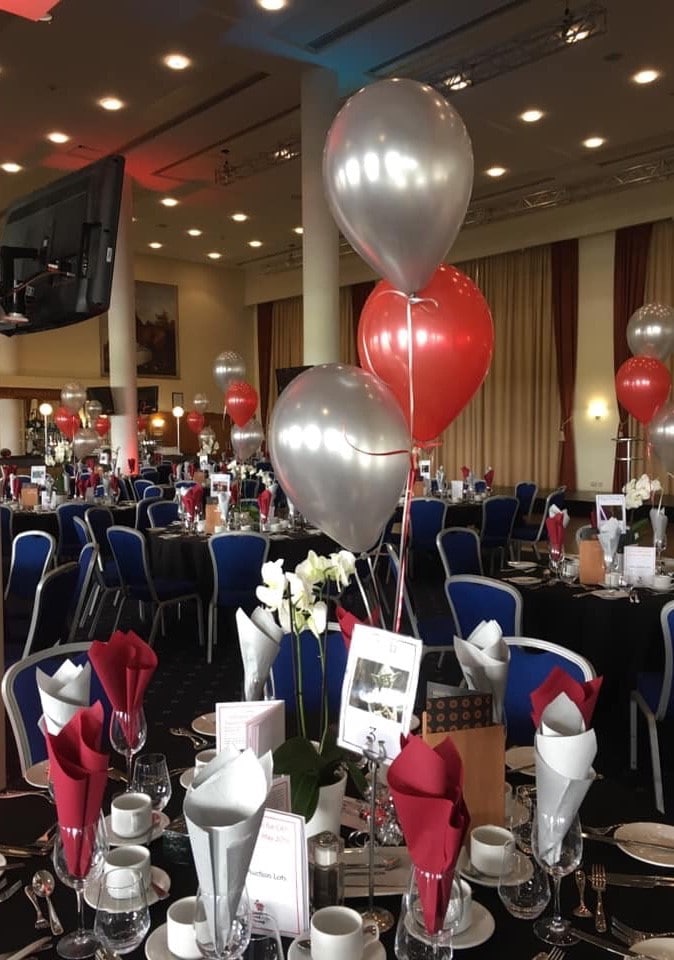 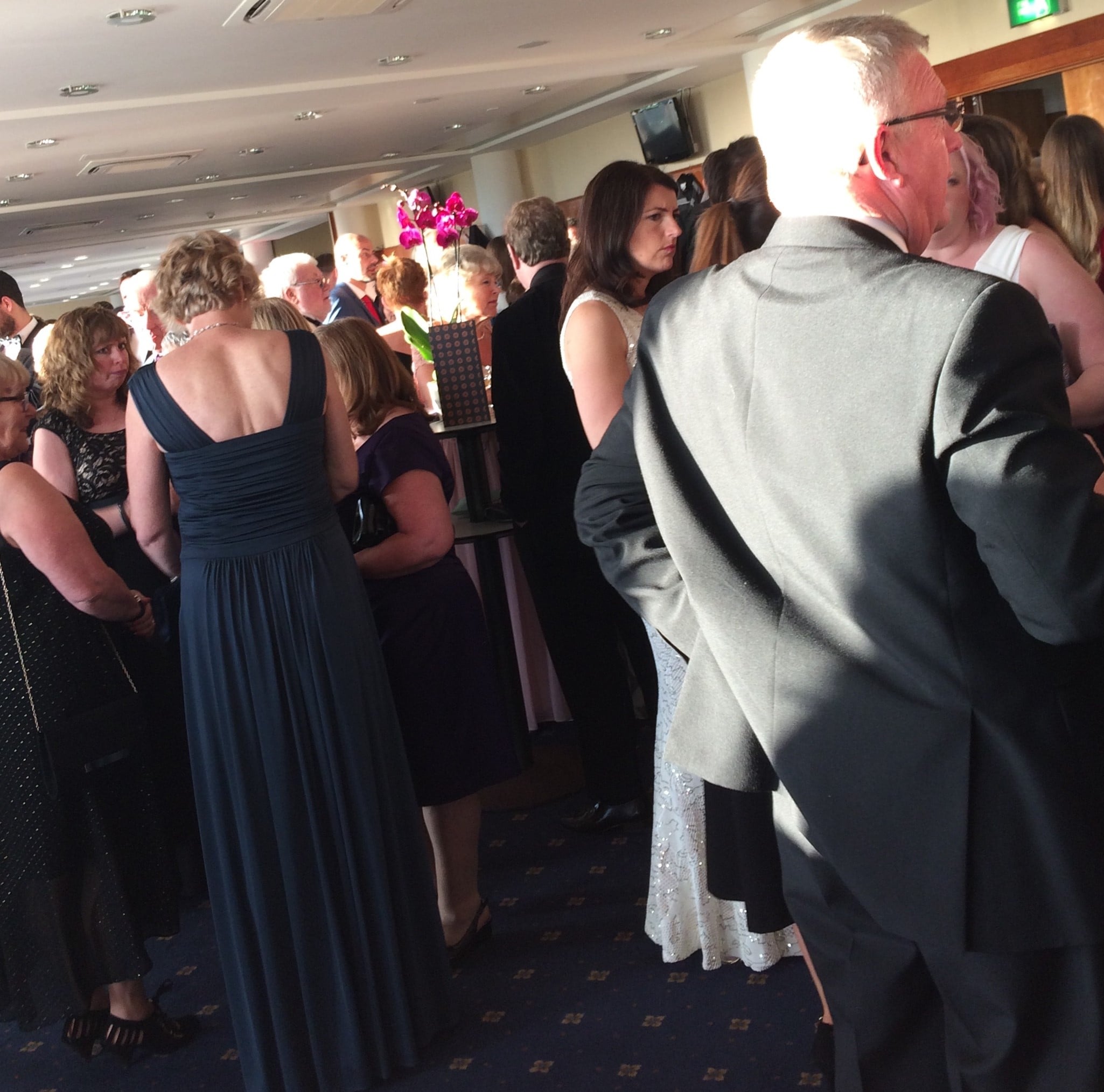 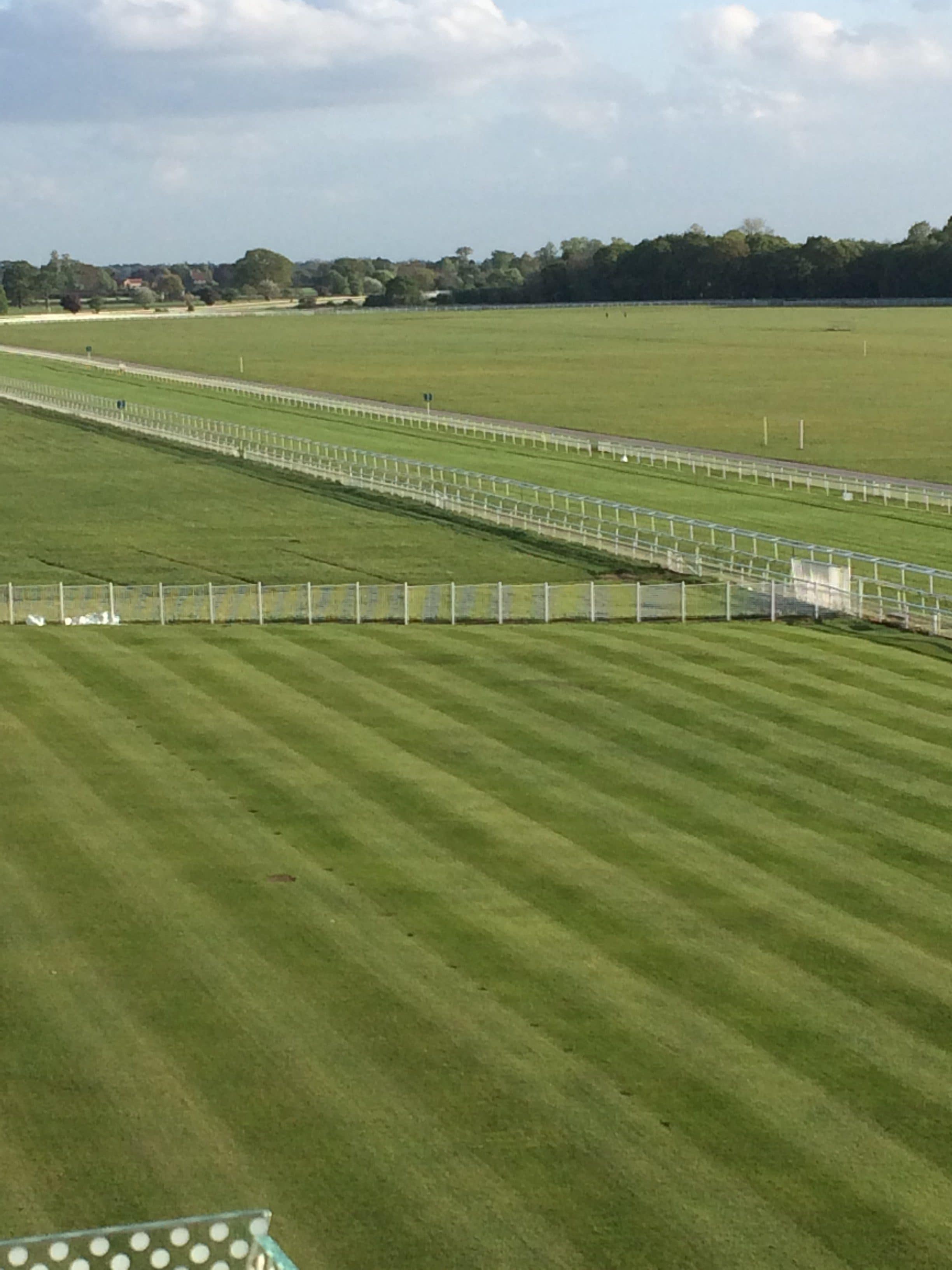 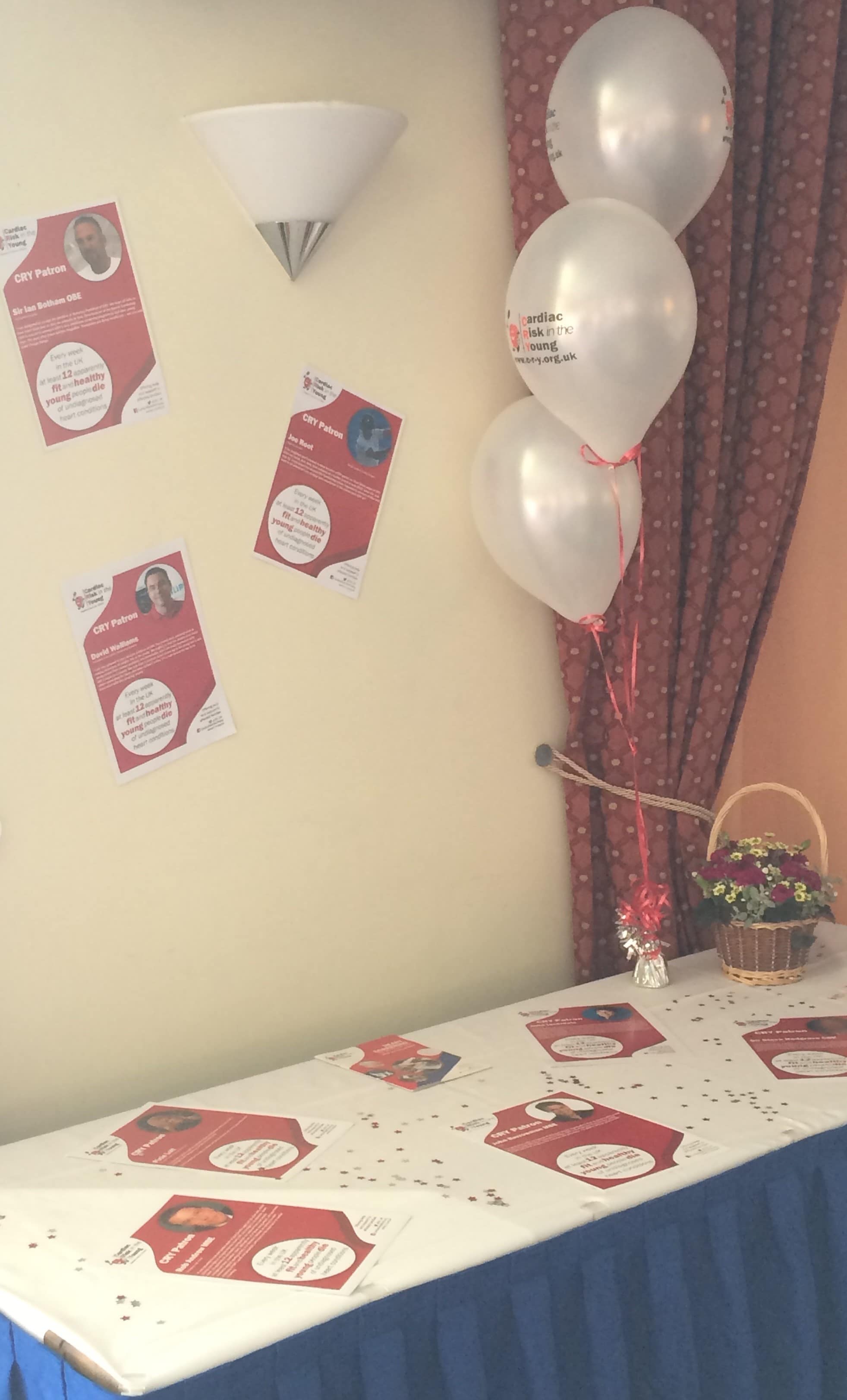 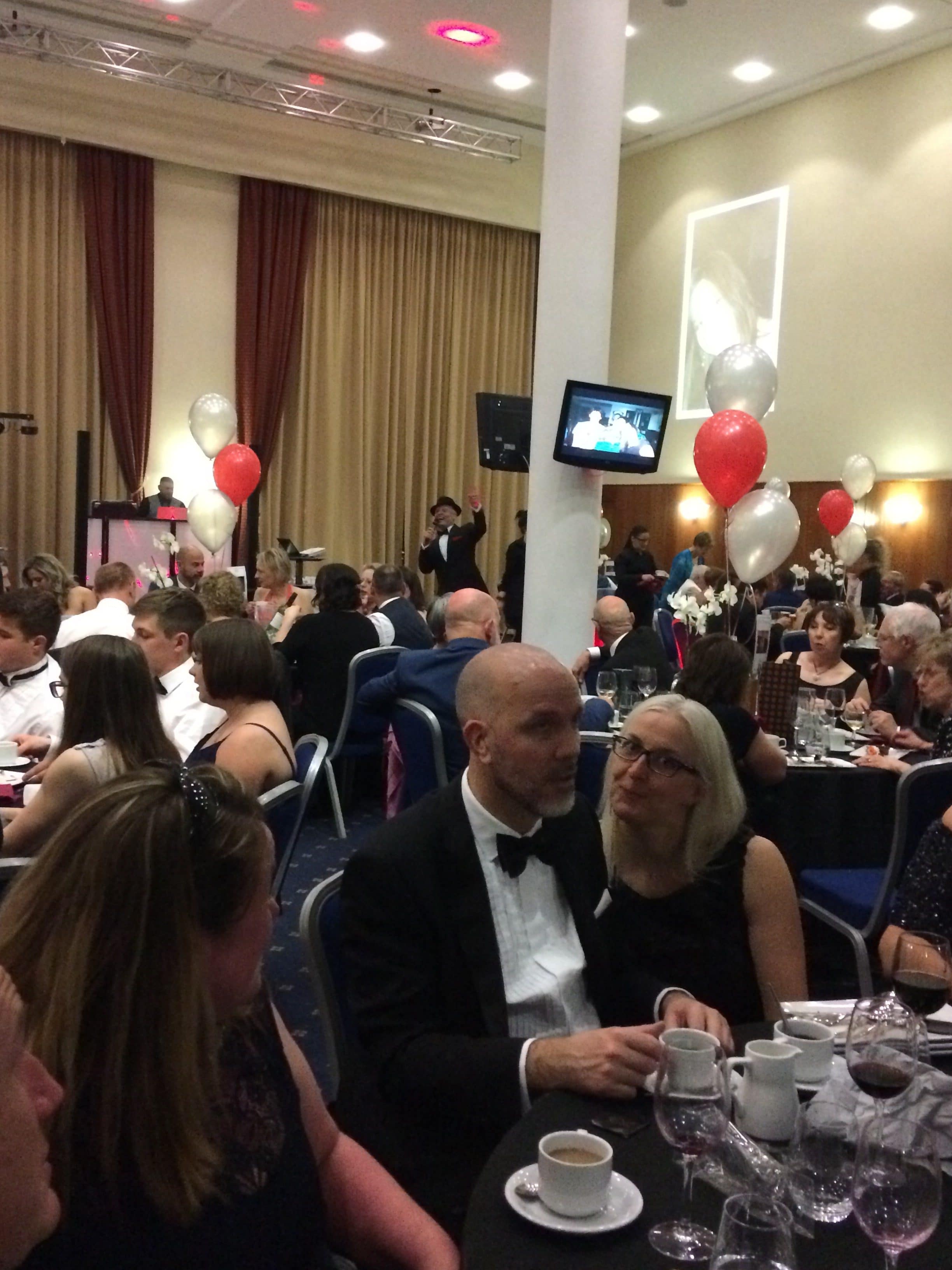 We have had nothing but positive comments about the ball, and there were many people staying until the end at 01.00. Stamina or what! All the music was good, from our “Frank Sinatra” tribute singer, and the band and DJ (who offered his services for nothing as he felt it to be such a good cause). The venue was splendid and food commented upon. We took about £12,000 on the night but have about £2,760 to come in plus over £3,000 two people have made by running the London Marathon. That means there is over £18,000 due to go into the CRY memorial fund. A great result. The Stoke shirt made £36.00 which was ok as we are nowhere near Stoke, and the Ian Botham shirt made £90.00. Chris managed to find a first edition signed autobiography (his first autobiography from years ago) by Ian to go with it so I hope that this was a fair price.

I will write a proper update when all the money is in which may not be for another month.

I thought that I would write a definitive account of Eleanor’s Ball for CRY that was held at York Racecourse on May 4th, in the month Eleanor would have been thirty (and she was a Star Wars fan so the date was pertinent!).

In 2017 whilst participating in the Durham walk, I mentioned to Chris, my husband, that Eleanor would have been dead ten years on October 2nd 2019 and we ought to remember her in a positive way, so we agreed that we should organise a ball in her memory and for CRY to finance screening events. So it came to be!

The event was attended by 259 people with people coming from Bulgaria, Australia and all parts of Britain especially to support us and the good cause.

The evening began with the welcoming drinks and the ladies were presented with a box of chocolates, donated by a sponsor. Guests then had time to view the silent auction lots that were available to bid for. These included a week in a Spanish villa, four ball golf experiences, a bottle of rare whisky, a bottle of locally produced gin that had been especially inscribed for the event, an original piece of art work, and much more. There was also a tombola for the smaller items that had been donated. During the meal we held an auction for the more expensive items which included the owning of a racehorse for the day for four people, a Mulberry bag, tickets to see Rod Stewart and the use of a Spanish villa during high season.

We were entertained by a live band and a DJ who offered his services for nothing as he believed it to be in such a good cause.

A photo of Eleanor was projected onto a wall and the televisions displayed information about CRY and our Ball sponsors. This occurred while we ate and we were entertained by our wonderful Phil Friar, a “Frank Sinatra” lookalike and impressionist.

Near the end of the evening, a raffle was held for just a few highly priced items and my niece was thrilled to win the Tiffany bracelet. All these prizes were donated and we are very grateful to the companies and people who gave them.

The evening ended at 1.00 and there were still lots of guests dancing the night away, enjoying themselves and asking when we were going to hold another event…the answer is never again! The Ball was a great success, raising over £12.000 on the night which was a wonderful result and a fitting memorial to a wonderful daughter, sister, auntie, cousin, granddaughter and friend.

Two friends this year also ran the London Marathon for CRY in Eleanor’s name and raised over £3,500 between them, again a wonderful result, and money towards screening.

Our fundraising efforts have been a truly positive way to progress through what may have been a difficult year. Thank you to everyone for making the events so successful.