Since then, his family has raised more than £9,000 for the work of the CRY charity – Cardiac Risk in the Young.

On July 15, Martyn’s mum Brenda, sister Charlotte and cousin Katie Jewell will be taking part in CRY’s Heart of London Bridges Walk in his memory.

The eight kilometre walk, taking in eight London Bridges, is designed to emphasise the fact that eight apparently healthy, young people, die every week in the UK from undiagnosed heart conditions.

Also on July 15, the Torridge Motor Club will be holding a motorcycle trial in Martyn’s memory at Hartland Vale, from 11 am.

Martyn was a keen trials rider and regularly took part in club events. 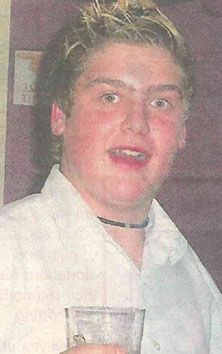 Anyone who would like to sponsor the three capital walkers should contact Brenda Luckett at Lower Wembsworthy Farm, Hartland, on (01271) 441611.