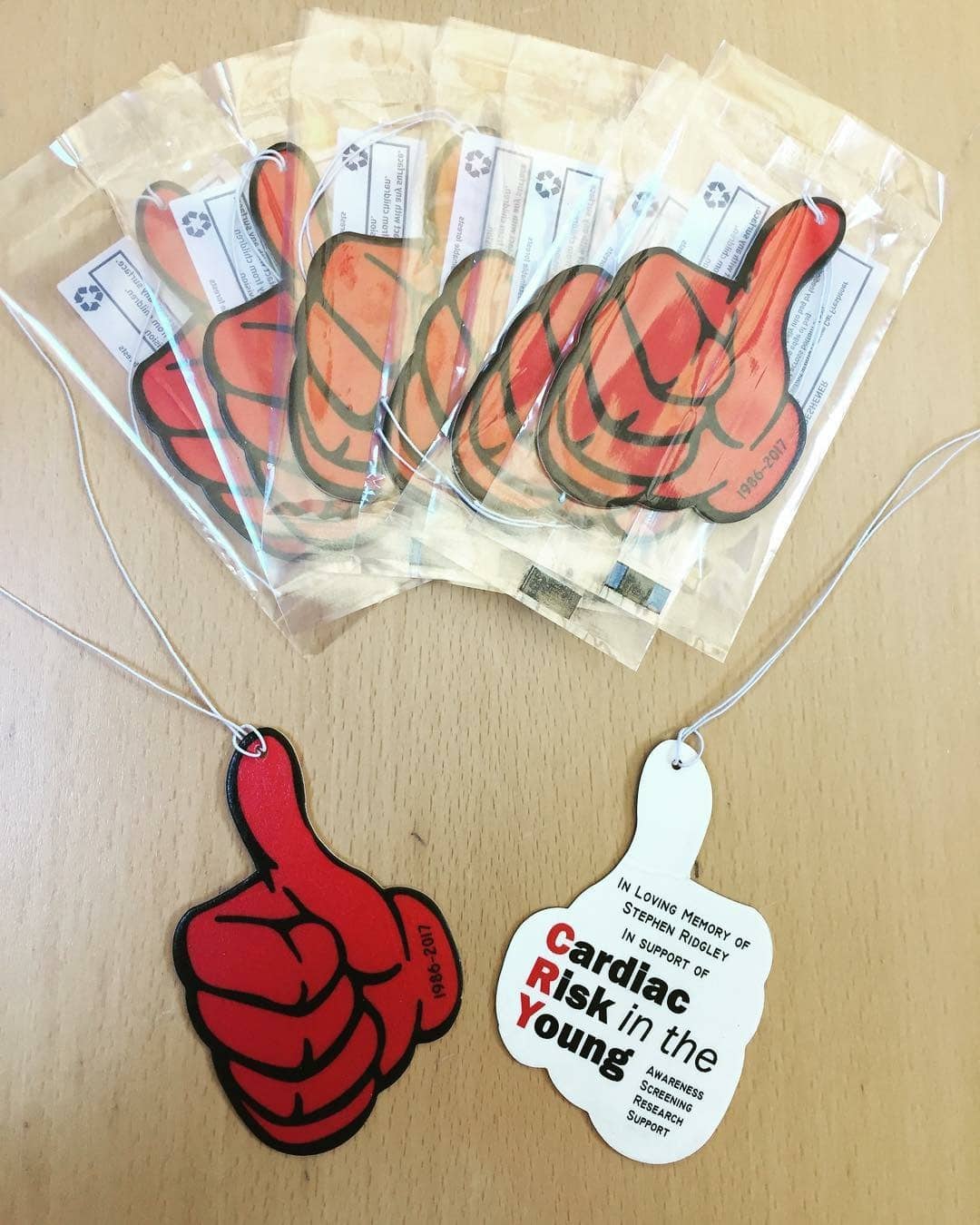 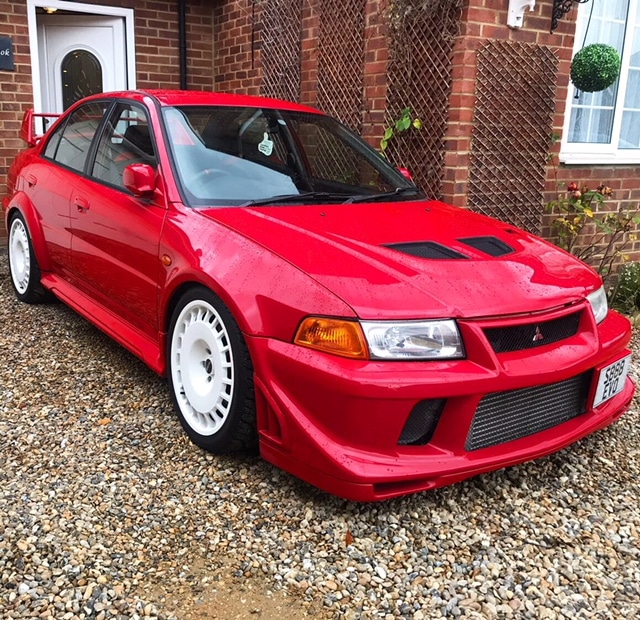 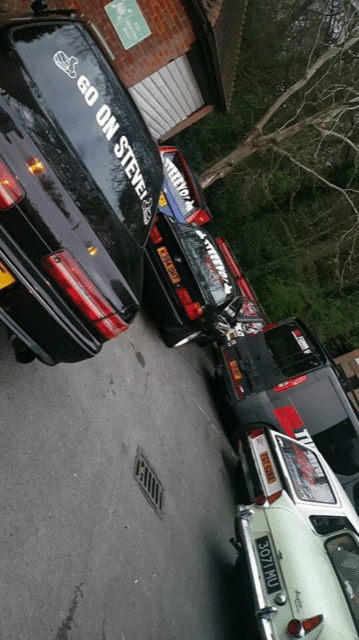 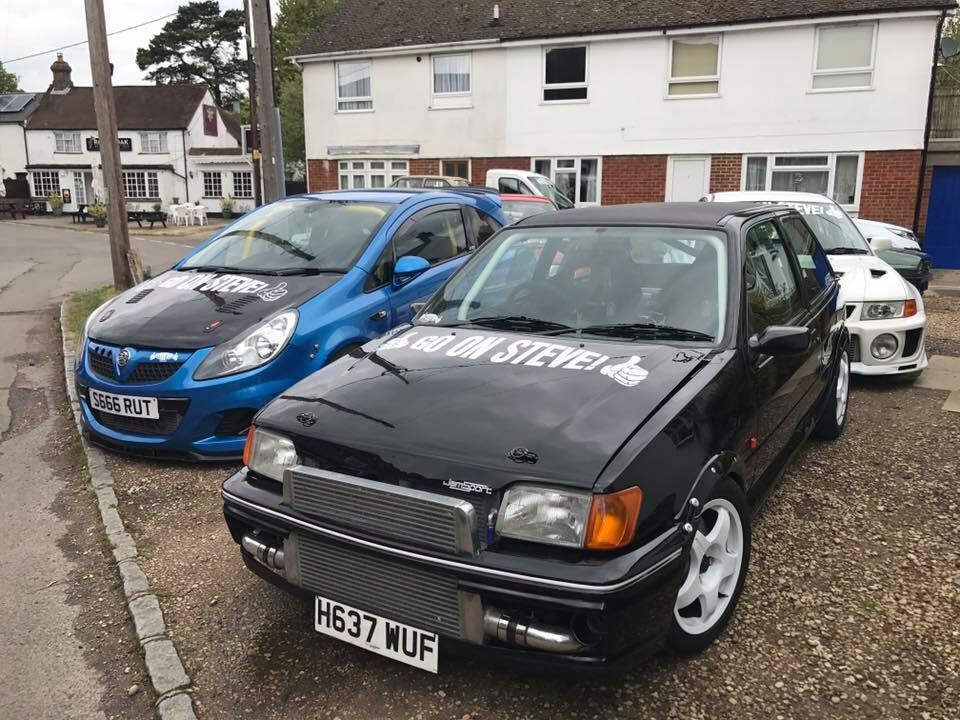 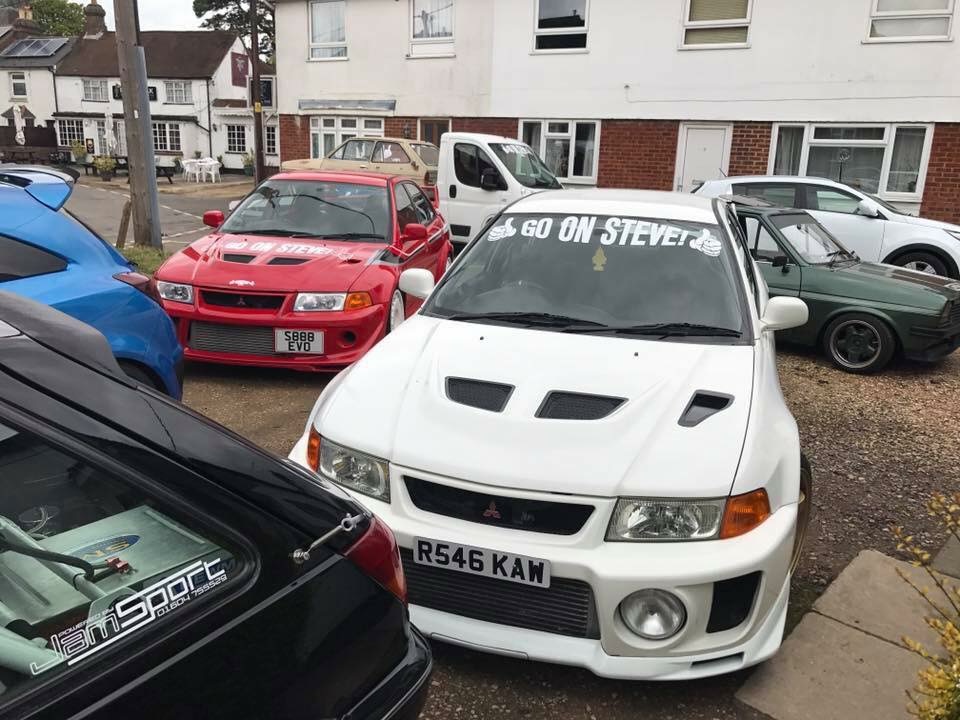 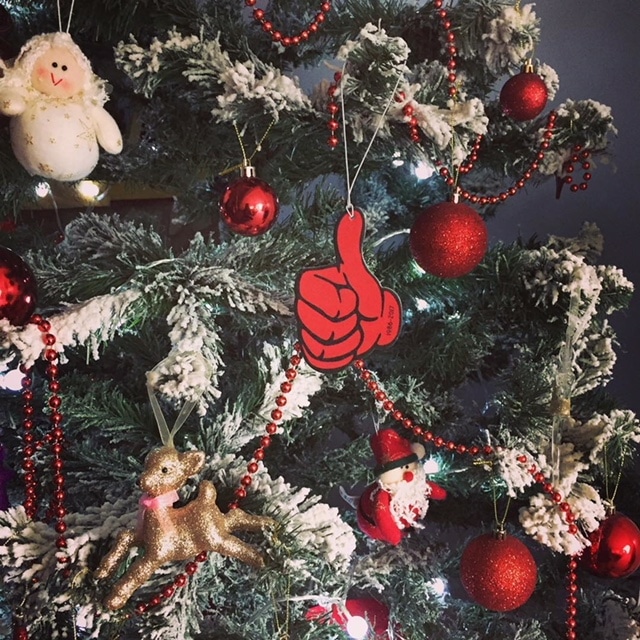 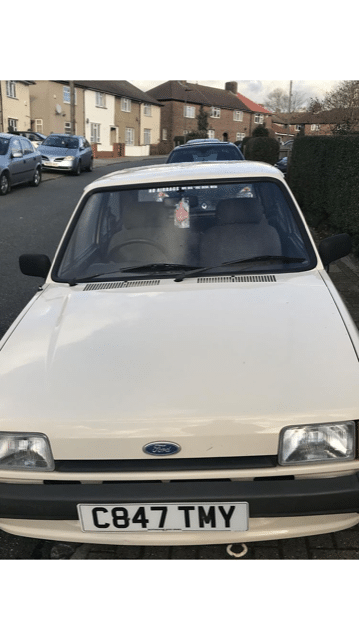 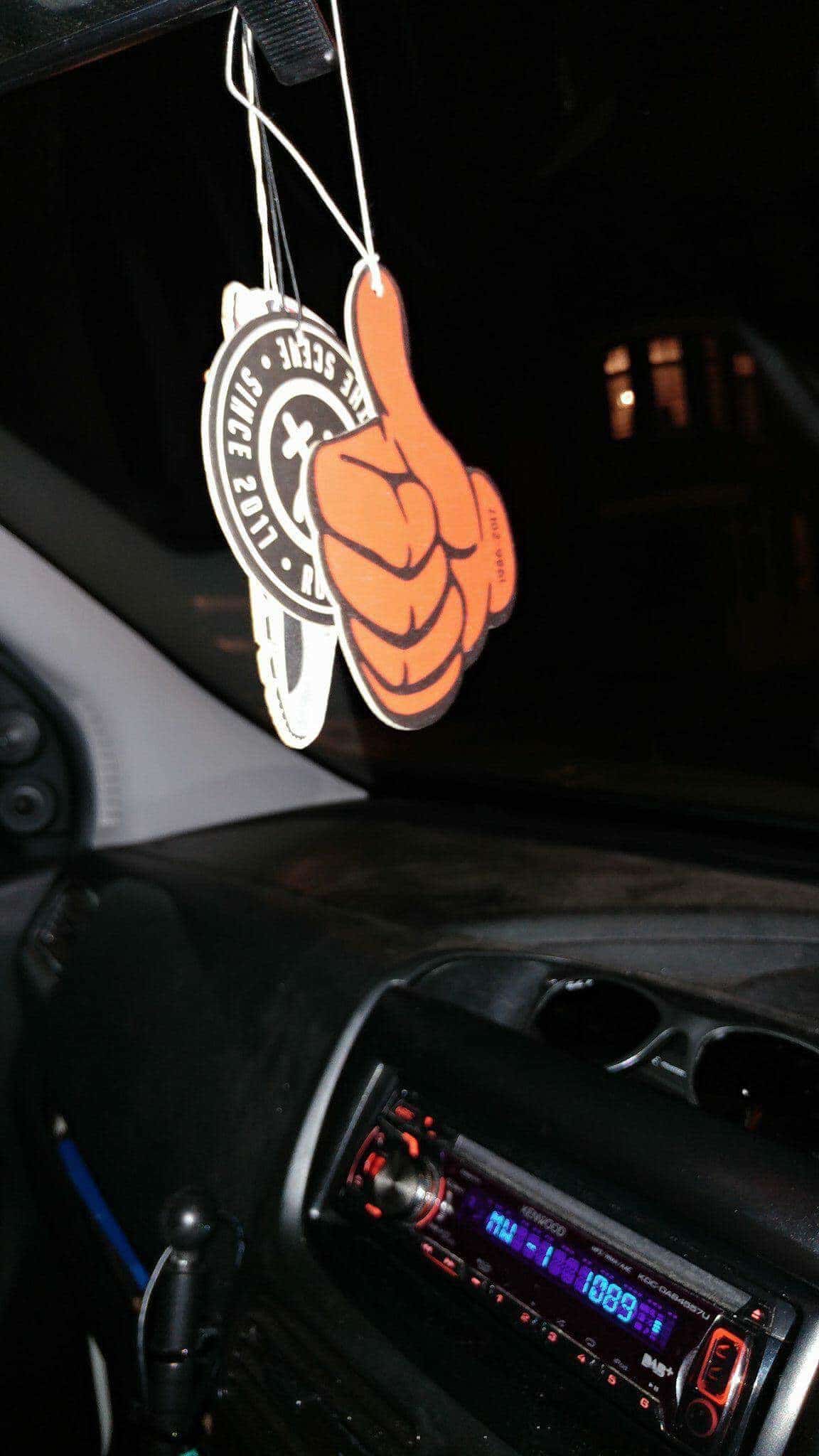 I wanted to do something in memory of my husband, Stephen Ridgley, who sadly passed away on 24th March this year due to SADS and raise money for Cardiac Risk in the Young. Steve was a huge car enthusiast and made hundreds of friends through his passion for cars. It took me months to think of what to do and I knew it had to be car related and then suddenly at a rather unsociable hour the idea hit me – car air fresheners!

Working for TC Branding Group, a leading promotional merchandise distributor, I was lucky enough that I already knew the right contacts. I emailed one of our trade only suppliers and I had told them about Steve and sent them the link to read my story on the CRY website. I informed them of what I had in mind and the figure I wanted to raise and they were fantastically supportive and supplied the air fresheners absolutely free of charge, which enabled all of the profit to go to CRY.

One of Steve’s friends, Michael Johnson, kindly designed this air freshener for us. The thumbs up design was already so key to Steve as it followed the design of the car stickers his friends made for the funeral procession (which are still up and down the UK on people’s cars).

I also wanted to raise awareness at the same time incorporating the charity, so I contacted CRY and got permission to use their logo and had approval of the design before it went to print.

I took delivery on a Friday afternoon and within 24 hours raised almost £1,000 – I knew they would be popular, but I completely underestimated just how much!

These sold out within a few days and were so successful that I have more on order and hope to raise even more money.

So many people from all over the UK purchased these. I spent days posting them up and down the UK and made several trips to the post office, sending these to all of his car friends. It was incredibly overwhelming and I have raised a staggering £1,599.10!

I’d like to say a huge thank you to Maura and the team at MSM promotions in Ireland for their help in supplying these air fresheners and enabling me to reach well over my target with my fundraiser! Also, a massive thank you also to every single person who donated in memory of Steve. CRY is a fantastic charity and I am determined to do as much as I possibly can to raise funds so they can help other families like ours, and most importantly fund screening and research.