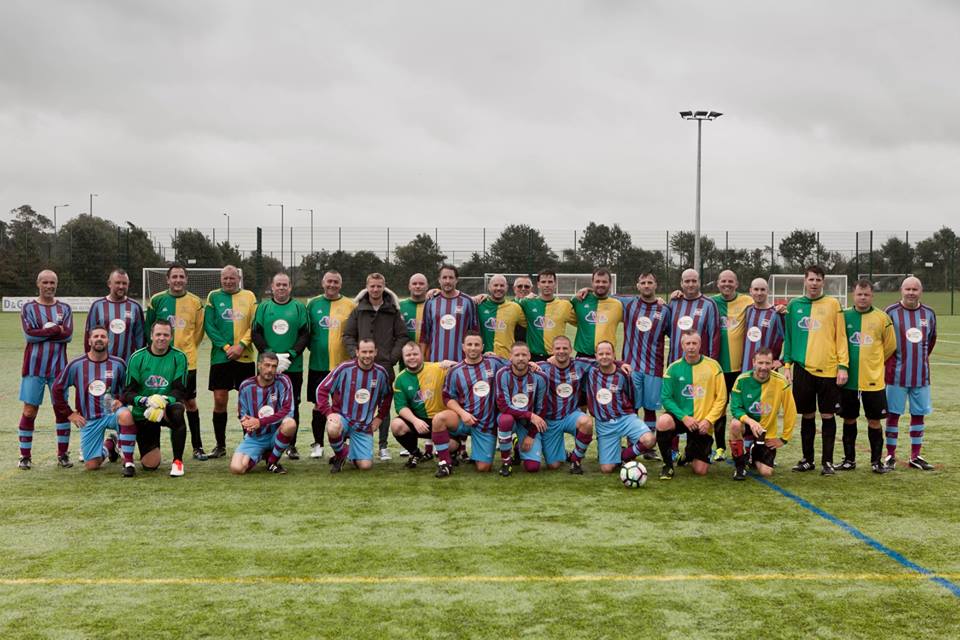 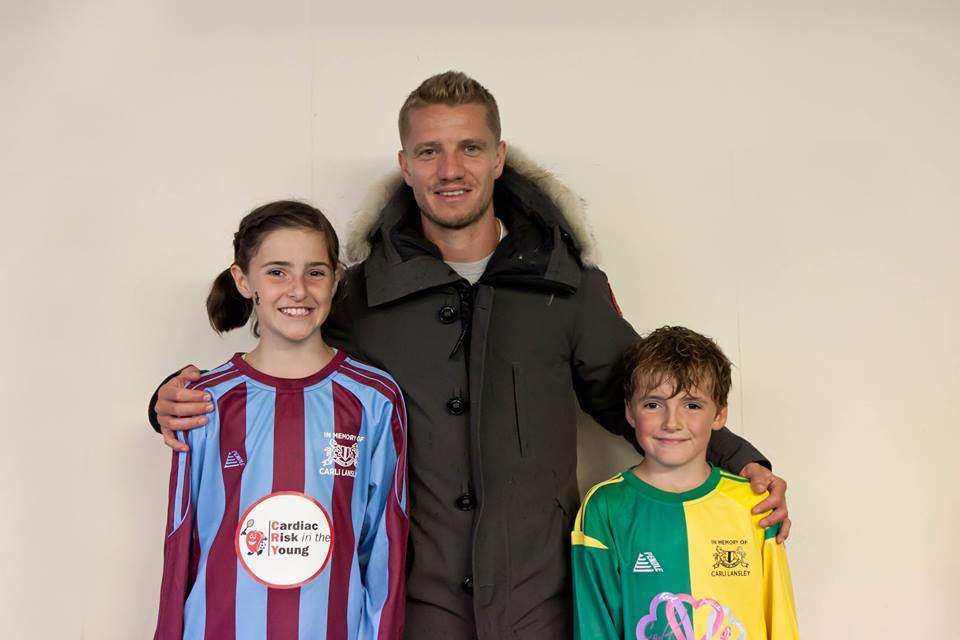 We were delighted that Southend United player Jason Demetriou popped along on the day to support our cause. Jason is my daughter Jessica’s favourite player and I spoke to him back in May to explain our tragic situation, and what we are hoping to achieve in Carli’s memory. Jason could not have been more keen to help us. One of the photos is Jason with my daugher, Jessica (who has the CRY logo on her shirt) and my son, Ethan (who has our charity’s logo on his shirt). The other photo is a combined team photo of all the players on the day, plus Jason.

In the last few months, we have developed an exceptionally strong link with Southend United Football Club – so much so that our 1st screening in June 2019 will be held at their ground. They are so keen to help where they can – they understand the importance of what we (and CRY) are trying to achieve in making the screening widely available.

Between 1991-2006, Kingston Athletic were a member of Southend Sunday Football League. For the entire duration of its existence, the club was managed by Karl Lansley. Every year since 2006, the players from Kingston have reunited for an annual match. As from 2018, this annual reunion match will now be a charity fundraising event for the Foundation.

On 26th August 2018, 29 ex-players from Kingston played in the reunion match, held at Len Forge Centre. Despite the absolutely atrocious weather conditions, everyone enjoyed the match and an incredible £475.00 was raised for the foundation. The final score was 8-7 to the claret and blues.