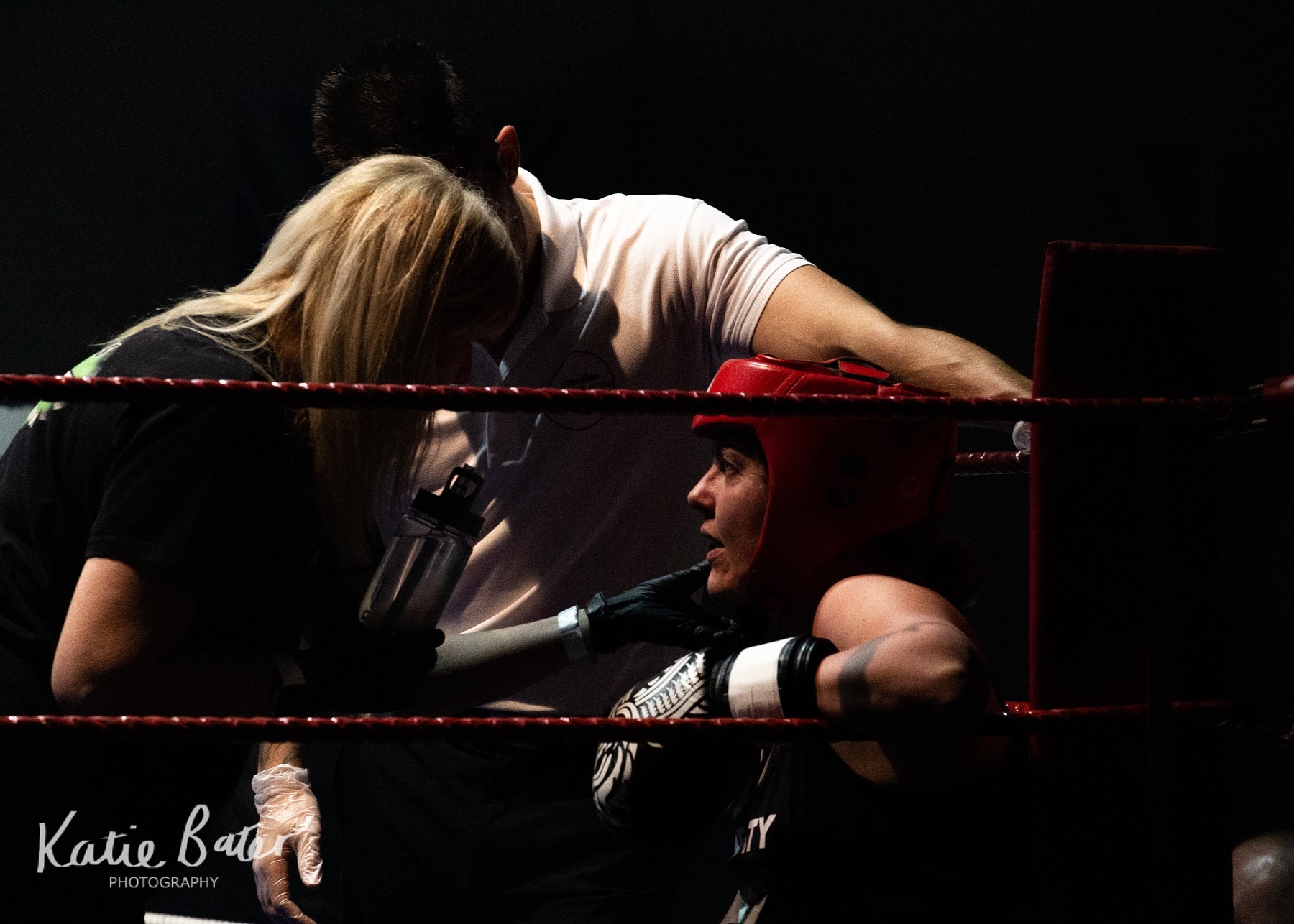 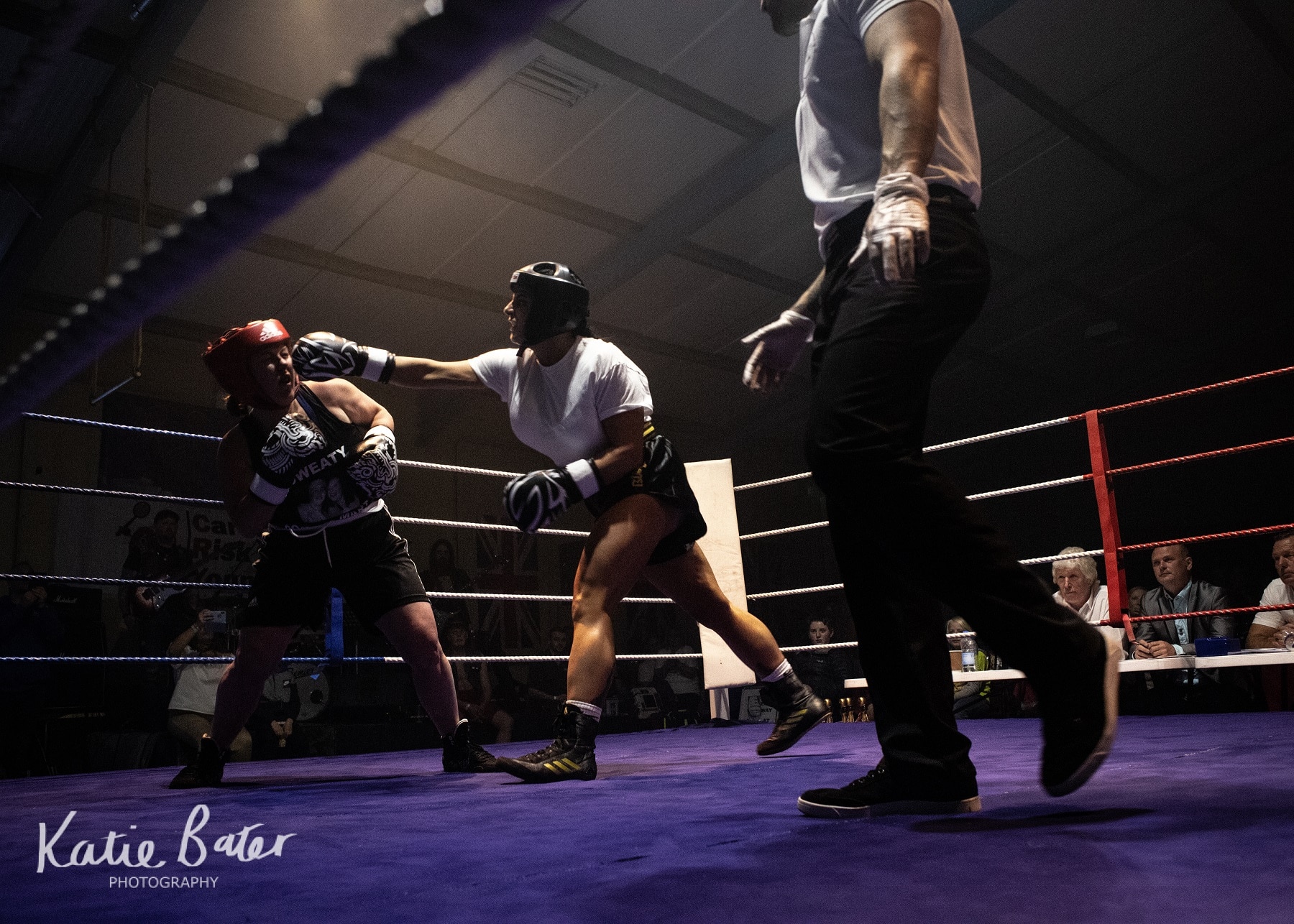 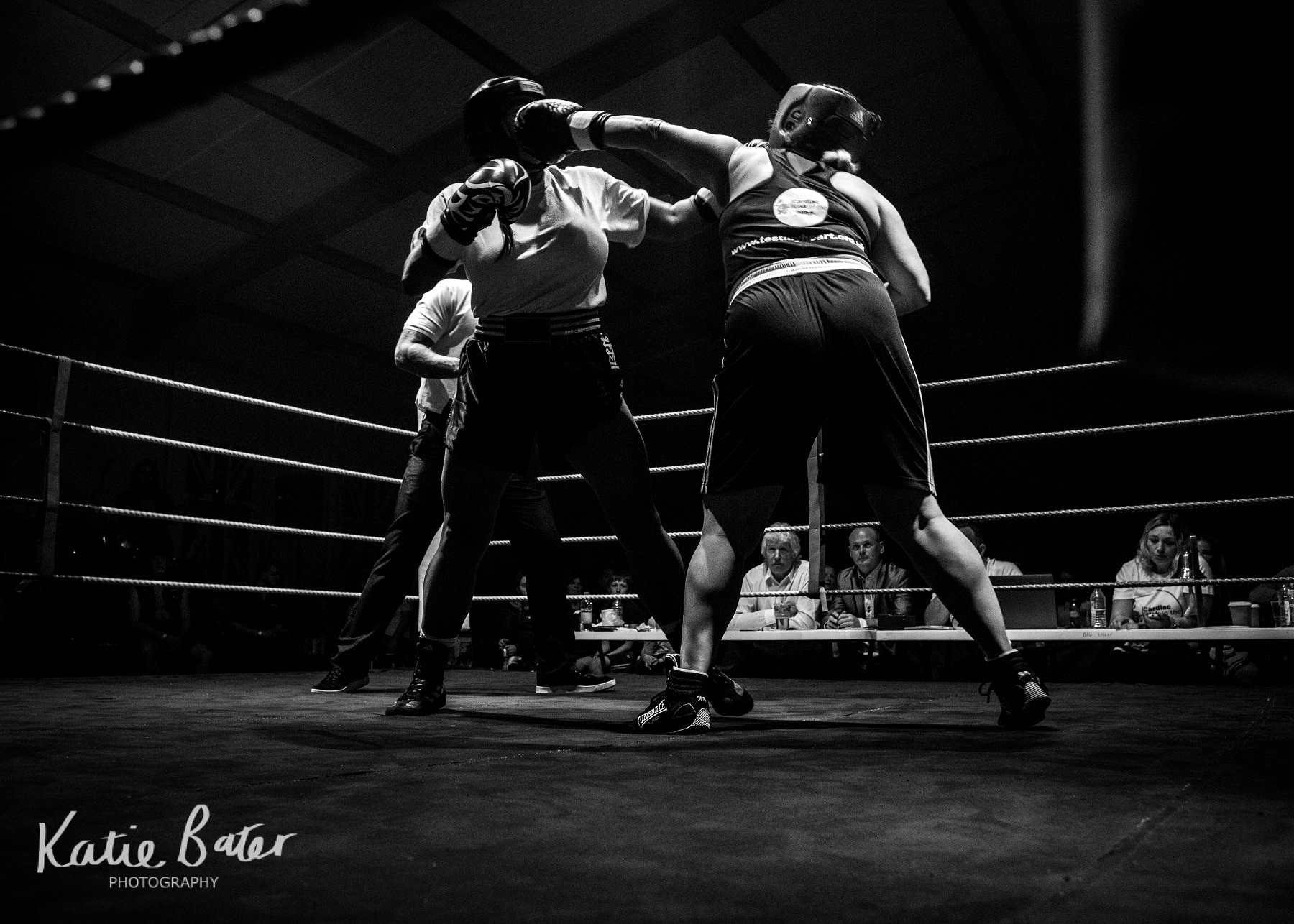 I’m always up for a challenge, so when I saw the opportunity to take part in a white collar Charity Boxing Match for the charity that I support, Cardiac risk in the Young, I jumped at the chance.  I had just had a baby by C section the previous March, so I was carrying a load more weight than I’m used to, so in my head it was the perfect opportunity to shred the baby weight and raise some money and awareness for the charity as well.  So training started in January, I had 12 weeks to prepare.  I had met my opponent in the December and knew I had to shred 1.5 stone to get within 3kgs of her weight (an accepted tolerance of weight difference in boxing).

No chocolate or takeaways for 12 weeks, eeek!  I trained 5 times a week and ate clean for those 12 weeks.  I ached all over every day for that whole time.  Muscles I didn’t even know existed ached.  The first realisation of the seriousness of this task was the first time sparring (basically being hit by another person).  I have never been in a fight before and I’m so far from aggressive, as most people are, so this was totally a new experience for me.  It actually wasn’t as bad as I thought it would be.  Adrenaline has a lot to do with it apparently.  The worst time sparring was when I thought my jaw had been broken; that hurt!  It also became my weakness during training.

The actual night was so unbelievably nerve-wracking.  500 tickets sold.  Because it was for my family’s charity my fight was pushed to be the ‘fight of the night’;  not too much pressure then!  I spent 3 hours on the night trying to psyche myself up.  It didn’t work and, in fact, it made it worse.  The expression ‘rabbit in headlights’ comes to mind when watching back my ring entrance.  My expression says it all, what on earth had I signed up to!

Then the ref called ‘fight’.  2 minutes does not sound like a long time but it certainly is in boxing ring.  I managed to last nearly all 3 rounds, but the ref stopped the fight with 10 seconds to go on the last round for safety reasons (basically I spent most of it being punched).  Although I don’t remember the blows hurting at the time, it was the sheer impact of being punched at full force.  I later found out my opponent was a black belt in martial arts and ex-military!  A couple of black eyes and what felt like whip lash was the result.

I lost my brother to a sudden cardiac death some 14 years ago at the age of 19, so during those (nearly) 6 minutes of the boxing match all I wanted to do was do him proud and raise awareness of such a fantastic charity; it didn’t matter that I lost.  That night we raised £12,500!  It was worth all the bruises, sweat and tears.  Did I enjoy the experience, yes!  Will I do it again, no!    It’s a great event run by Jack Johns who manages to get most people involved by his persuasive character!  The venue, The Big Sheep, was given for free and MANY volunteers and fighters who gave their time to help us.

My Mum watched the fight through her fingers and I think I had most of the room screaming support for me; even the ref muttered in my ear to go for it; think he felt sorry for me.   Such an electric atmosphere.  I lost my fight for sure but won the Most Spirited Fighter award for the night because I didn’t give up!  The photo shows me being on the receiving end of many punches.