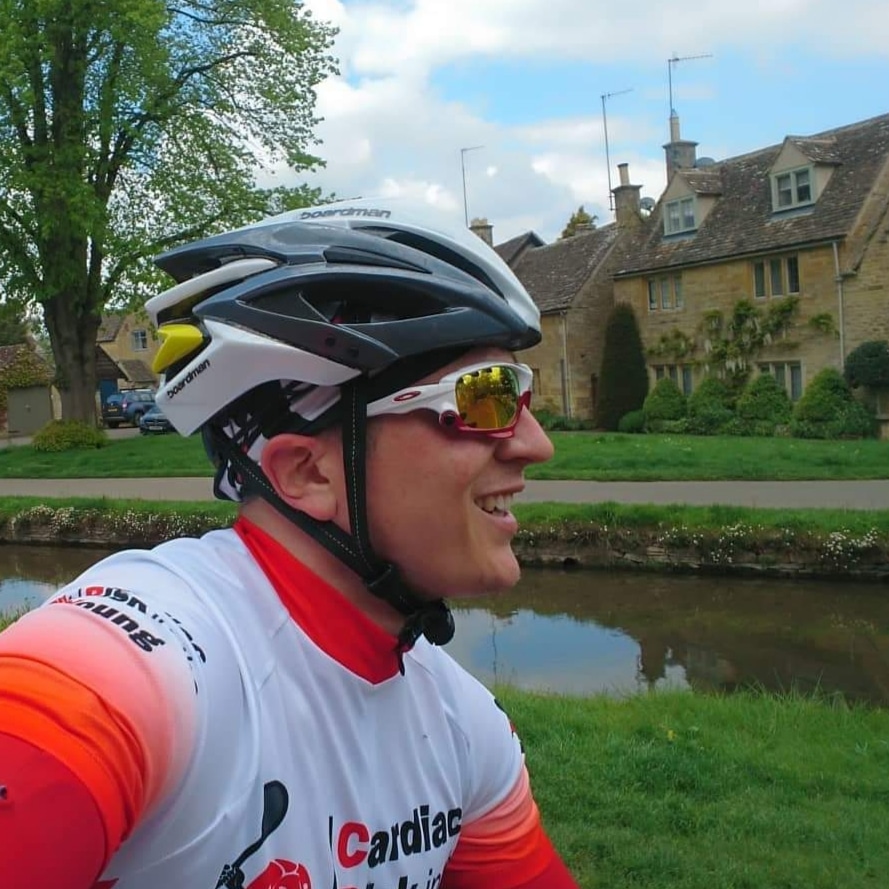 Chris is riding in memory of his brother and best friend, Rich, who died unexpectedly last year, aged just 32, after he suffered a cardiac arrest.

Chris had always wanted to take on one of the big Bucket List challenges such as this but never took the steps to look into it further. The “I will do that some day in the future” justification failed to make sense after Rich died. After all, there may not be a next day.

Chris struggled to find a way of managing his grief. Especially when he was told he couldn’t exercise whilst he underwent tests to check his own heart following Rich’s death. But, after Chris got the all clear, setting himself the challenge of the ride gave him something to focus on and has helped him to manage his grief.

Chris felt the ride would be a fitting tribute and something that he knew Rich would be proud of him for doing. He would support it as a way of dealing with what had happened and it honoured their drive to never give up or refuse to accept a physical challenge. Chris will be cycling the whole 980 miles on Rich’s bike.

Chris has been training for the challenge over the past 9 months and has completed numerous challenges as part of this including the Isle of Wight Randonee in May this year which was 100km around the island. He did this alongside his Dad, Gordon, and a group of Rich’s friends. In June,  Chris cycled 200 miles in the Cotswolds in 2 days in June and took part in the 50 mile Sam’s Ride on behalf of the Samaritans. In July he tackled a ride from London to Paris in just under 22 hours.

For anyone who would like to donate towards Chris’ challenge, please visit https://uk.virginmoneygiving.com/fundraiser-display/showROFundraiserPage?userUrl=ChrisBrember&pageUrl=1