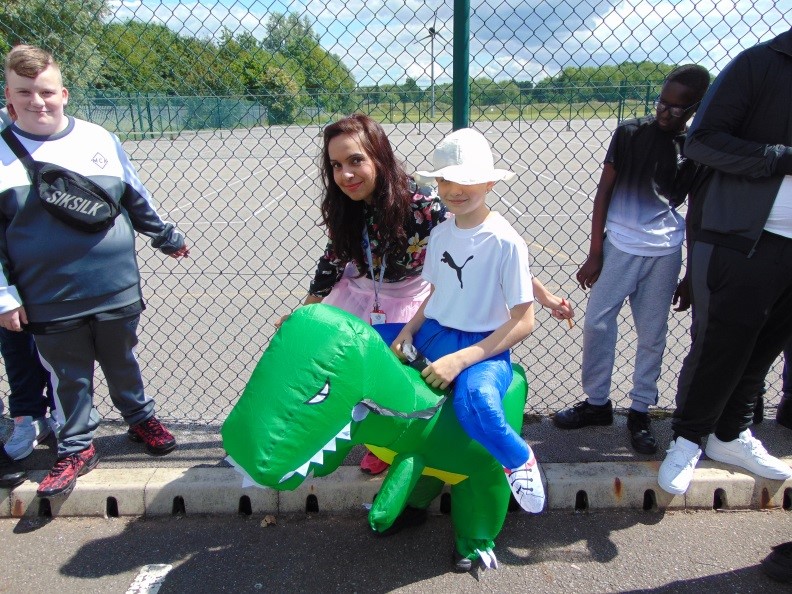 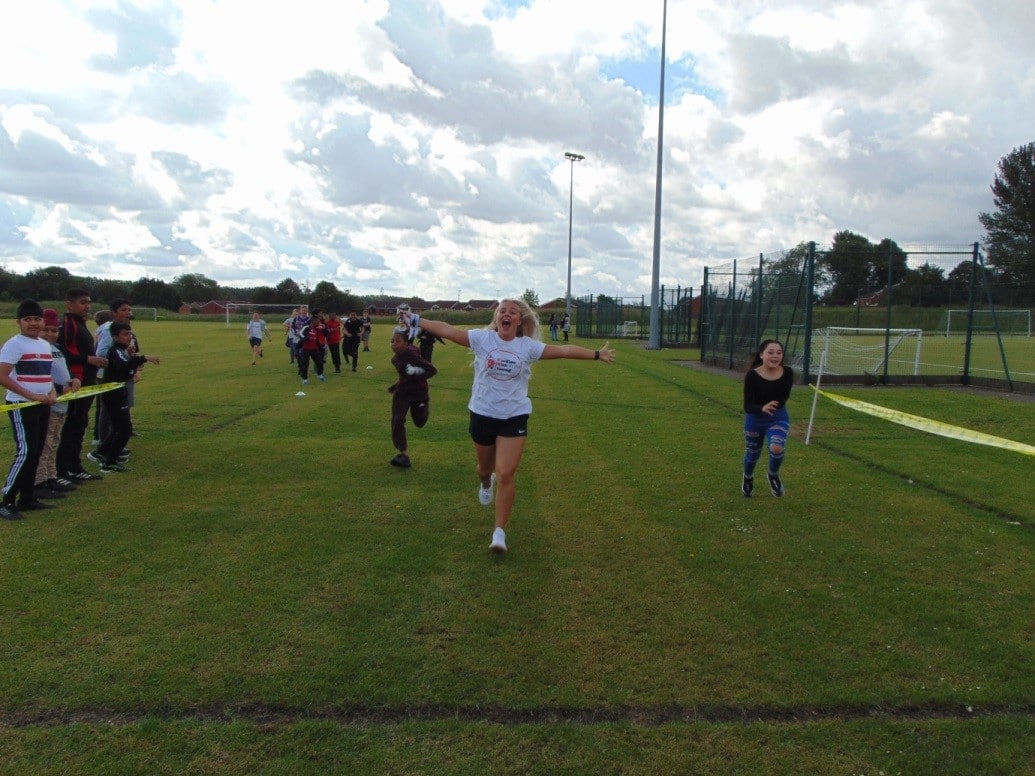 On Friday 21st June, pupils and staff from the City of Derby Academy took part in a sponsored 3K run to raise money for Cardiac Risk in the Young. In the build-up to the event, pupils learned in form time about the importance of living a healthy lifestyle and why screening can make such a difference in saving young lives. Pupils were encouraged to get sponsored for completing the 3K and £1,602.77 was raised on the day from pupil and staff donations. The school also had a raffle and cake sale.

For the 3K run, each year group from year 7-10 in turn took part which included a warm up to music before completing the two laps on the field. 7 pupils completed the distance in fancy dress which included inflatable dinosaurs, a sumo wrestler, a pirate and Spider Man. There was a real good feeling during the run where pupils and staff supported each other through the distance.

“What a day!  The whole school community were absolutely fantastic.  All students participated in a 3Km run.  Seven fantastic students did that in fancy dress too.  At the end of the day we had raised over £700 for the CRY [Cardiac Risk in the Young] charity and that is without the additional sponsorship that is due to come in over the week. The atmosphere throughout the whole day was so special.”

Form Representatives from each year group also took part in first aid training that focused on how to support someone who is experiencing cardiac problems. The Representatives shared their learning with their Tutor Group the following week.

A really great day for the school that we hope will make a difference to our chosen charity C.R.Y.