Gareth Thomas should have been celebrating his 22nd birthday last month.

Instead, his family and friends were taking part in a sponsored walk to remember the bright and sporty 21-year-old, who was found dead in his bed.

Gareth is one of a growing number of young people who die without warning from undiagnosed heart problems.

Today, his heartbroken mum Anne, and sister Sian, 24, who took part in the CRY – Cardiac Risk in the Young – London Bridges Walk yesterday, said they hope to do all they can to raise awareness of the tragedy of sudden deaths amongst young people.

"I have this feeling that Gareth would have wanted people to be more aware of it especially if there was something more that could be done", said Anne, a nurse.

The 'fit and healthy' A-grade student, who loved playing football and had just returned from a ski trip, had been living with his pals in Roath, Cardiff, when tragedy struck on February 25.

After a usual night spent chatting, listening to music and playing on the computer, he went to bed, with no sign anything was amiss.

Later the next day his friends found him dead in his bed.

"It's hard to think that somebody goes to bed with all their plans and just doesn't wake up," said Anne, 55, who explained Gareth was taking a gap year to decide what he wanted to do next after graduating from Aberystwyth University with a degree in International Politics and Law.

Shocked and numb, Anne and her husband, Trefor, 59, went to identify their son at the University Hospital of Wales, where Anne works as a nurse.

"it was so shocking I just can't begin to explain," she said. 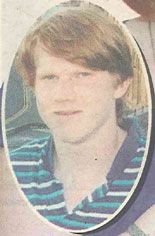 "I've seen some awful sights in my job but I never thought anything like this would happen to us. Gareth was so fit and healthy."

Yesterday, just four months after the former Llanhari School pupil's death, 17 of his family and friends, along with more than 400 other people, walked across eight bridges in London – signifying the eight "fit and healthy" young people who die every week in the UK from undiagnosed heart problems.

What killed Gareth will always be a mystery but his family is desperate to raise awareness of his tragic story to stop others going through the same.

Anne, who had previously been a cardiac nurse, said: "At least one person a day is dying, like Gareth did, suddenly and unexpectedly.

"We would like all young people to have a basic ECG (electrocardigram) if they want one.

"It's such a basic thing – it takes about three minutes and it could save lives."

Gareth's family and friends have also organised a music festival, Farmstock, to take place on August 11, near Llantrisant.

The festival is in honour of music-lover Gareth's dedication to playing bass in his rock band Across the Mourning Sky, who played gigs across South Wales.