Children's nursery owner John Newbould is getting back on his bike for the first time in three decades for a charity cycle ride in Cuba.

Inspired by the fundraising efforts of children, staff and families at The House of Eden Children's Nursery, in Rushyford, Mr Newbould wanted to join a major charity event.

In April, Mr Newbould will join a group of cyclists for the 320km Big Heart Bike Ride across Cuba in five days.

Funds will be shared between The British Heart Foundation, Cardiac Risk in the Young, Echo UK – The Tiny Tickers Charity, Heart UK and Wessex Heartbeat.

All five charities aim to fight heart disease – from babies through to adults. the causes are important to the nursery, where both a pupil and a member of staff have died of heart conditions.

Mr Newbould, 52, said the last time he cycled was as a teenager. 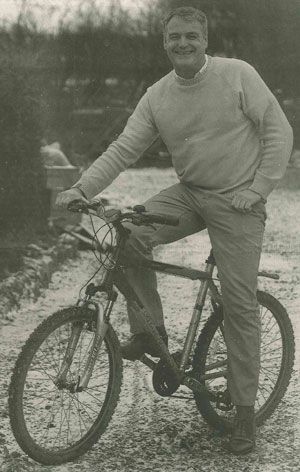 He said: "I'm getting better and am determined to complete the ride because it is for five very good causes.

"The girls at the nursery have put so much effort into events in the past eight years, raising more than £12,000 mainly for children's charities. I want to do my bit."

He said: "People have been very generous so far but any contributions will be gratefully received and for an excellent cause.