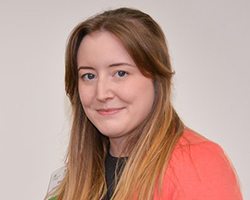 I first met Sam Wright when we started the same secondary school at 11 years old. Before long we became good friends and I was constantly amazed and inspired by his enthusiasm for fun and adventure. He saw the best in everyone in everything and had a strong passion for making others happy.

I can remember so clearly the last time I saw Sam. It was an extremely cold day in December and he was helping me sell cakes at a Christmas market. Just four days later, on Sunday 11th December, I received a phone call. The only words I remember hearing from his girlfriend were, “Basically… Sam died today”. He was 19 years old, studying to be a school teacher.

Over the next few days, we learnt that Sam had collapsed and died suddenly at home after going out for a run, and that there might have been something wrong with his heart. I was in denial, and for some reason thought there was a chance he could come back, but when his heart was taken away for tests, reality set in and that’s the first time I actually realised I would never see or speak to him again.

Upon hearing the news, a friend of my dad’s recommended that we contact CRY for some support. So Sam’s parents, Elaine and Kevin, decided to set up a memorial fund for donations in Sam’s memory. In just a few months, over £3,000 had been raised, which is more than we ever could have imagined. It showed us just how much Sam was loved and missed by all who knew him, and how much impact his death had on everyone’s lives.

From this moment we continued fundraising by organising events, raffles and bucket collections, as well as raising awareness of young sudden cardiac death and SADS. Having raised a substantial amount of money, we made the decision to start using it to fund heart screening, to try and prevent what happened to Sam, happening to anybody else.

My volunteering for CRY soon became more involved and I started representing them at events, giving speeches and collecting cheques. I’m so proud to call myself a representative of CRY and I try to live by Sam’s positive outlook on life and make the most of every opportunity.