A bring -and-buy Christmas coffee morning has raised more than £200 for the heart charity Cardiac Risk in the Young and the Julian Wort Memorial Fund.

Avril Wort, an aunt of Julian Wort, from Frome, who died suddenly, aged 28, from an undetected heart condition, held the coffee morning at her home last week.

Julian died in his sleep, with no prior warning he was ill.

The money will go towards a defibrillator, in Julian’s memory, at the new Frome hospital.

The total raised was £229 and Julian’s father said he is delighted with the efforts being made.

David Wort said: “Julian died in March 2000 and we all miss him everyday. 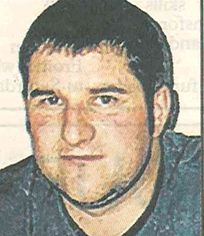 “We are now more than half way towards a defibrillator, which costs about £3,000, for the new hospital.

“But we won’t stop there. Once we have raised the money for that, we plan to continue fundraising for other equipment in Julian’s memory.”