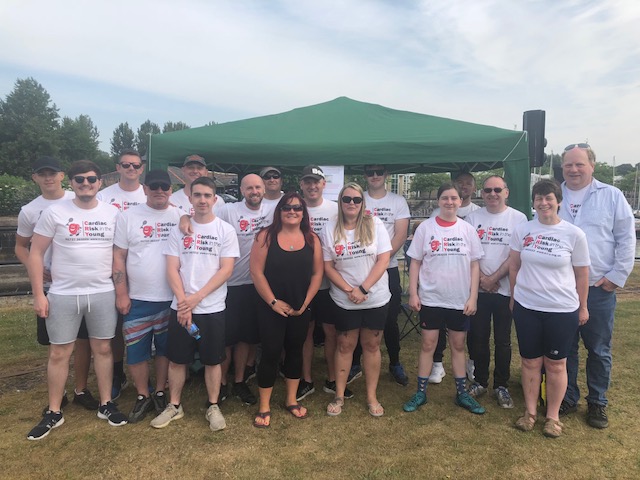 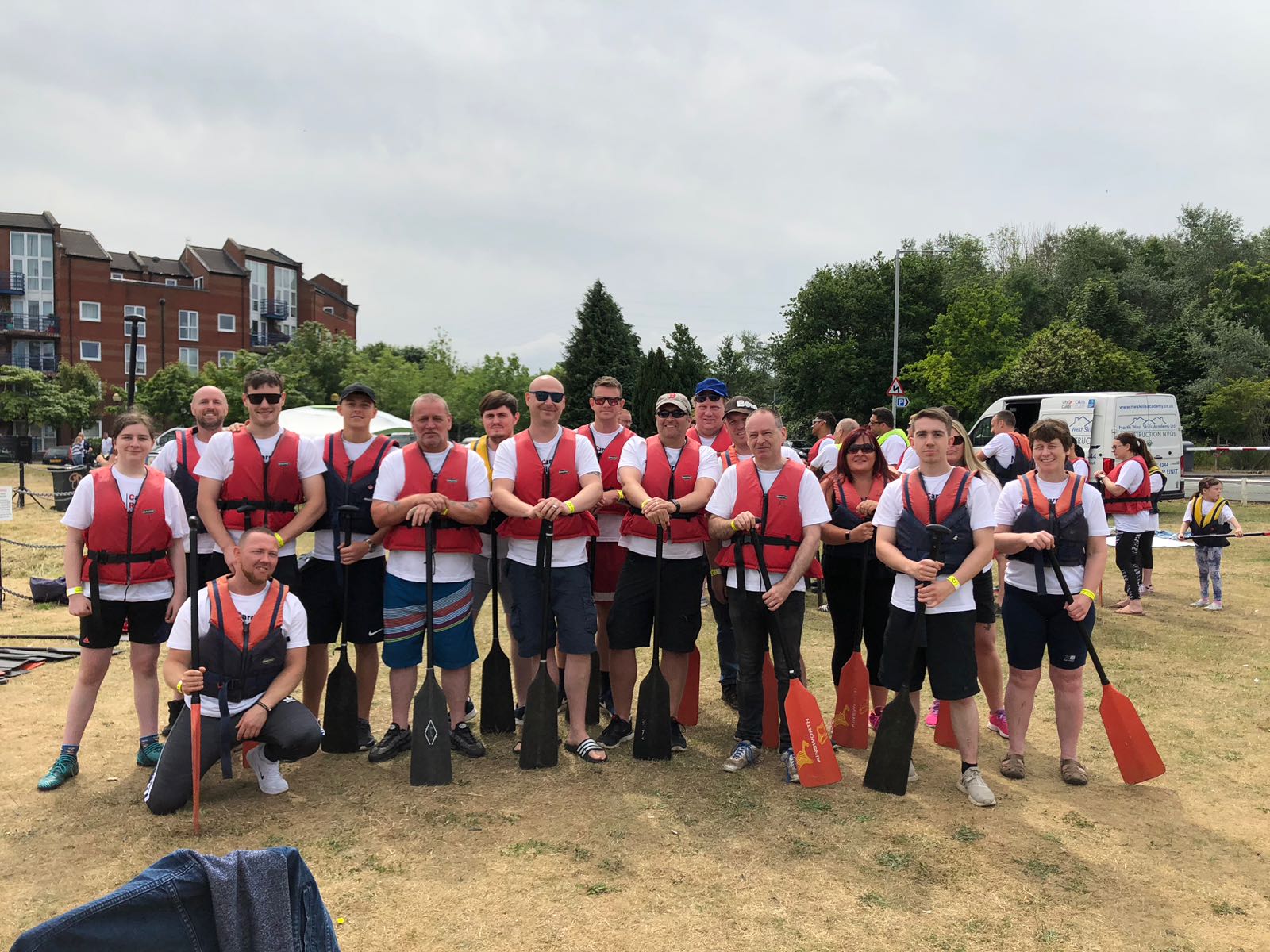 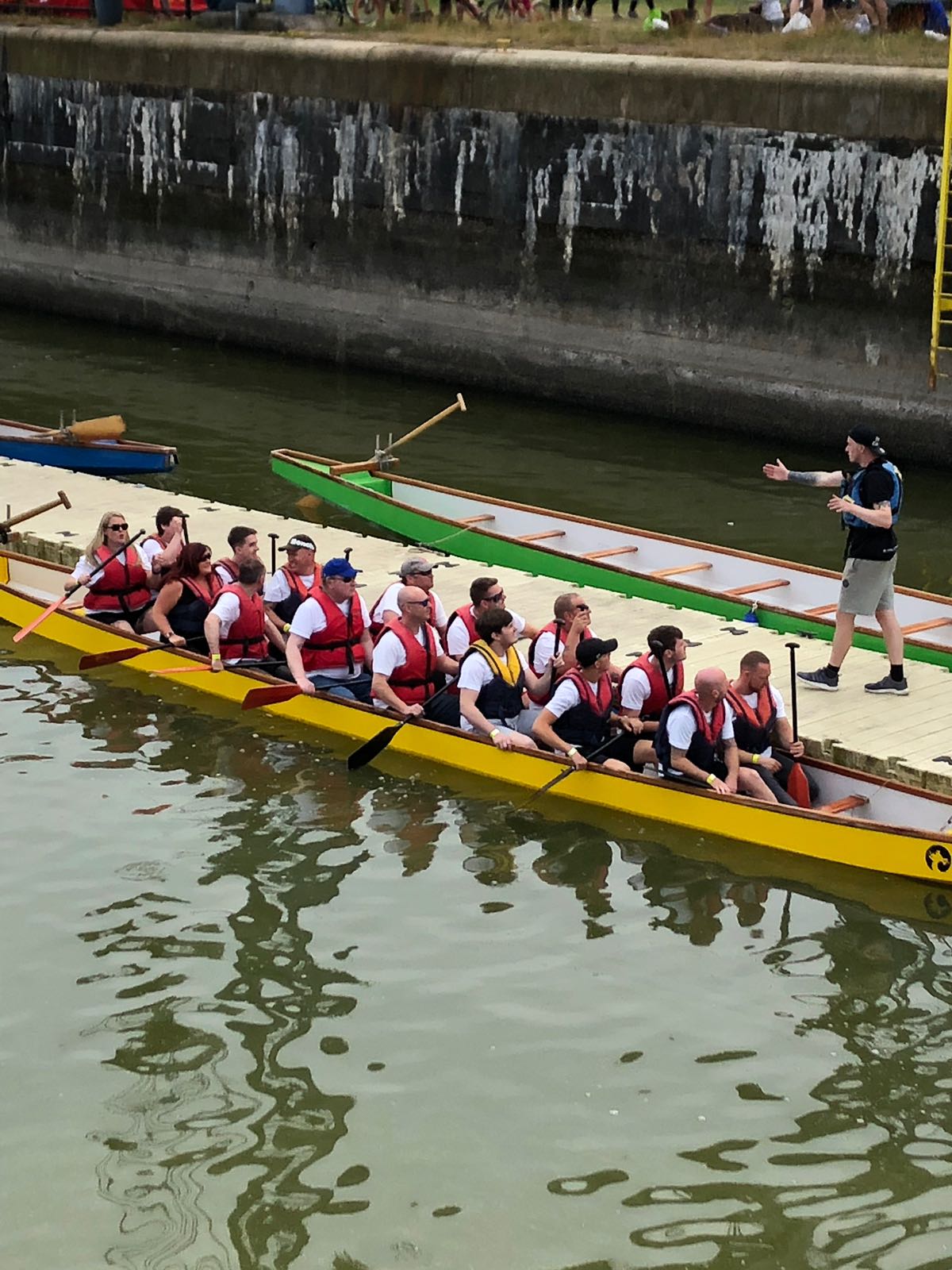 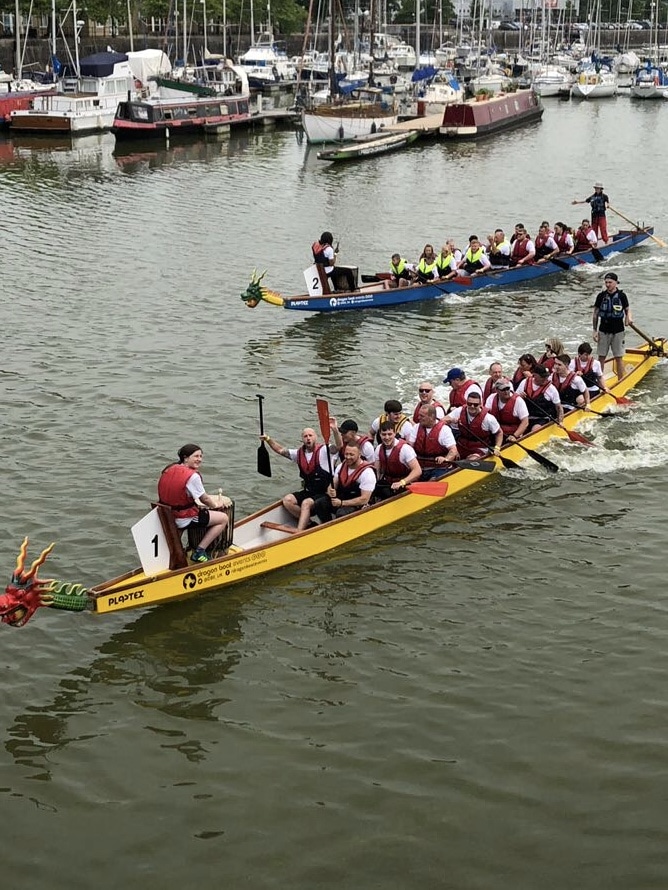 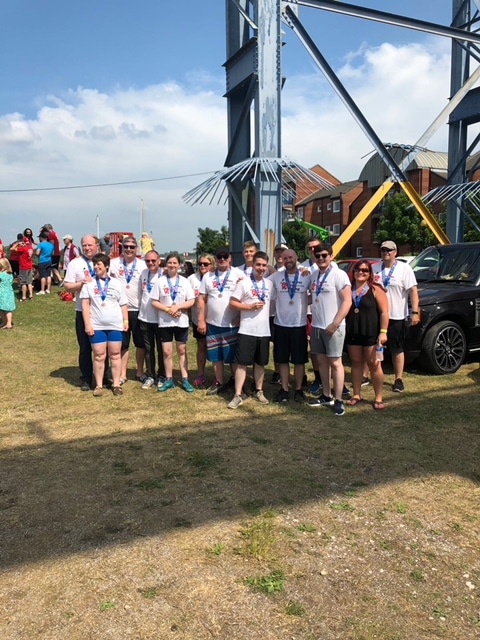 The Dragon Boat race went great with lots of fun, and we have raised over £700 so far with money still coming in!

There were 12 teams in total on the day from various companies so we set up our Gazebo and made sure we had plenty of liquid refreshment (mainly alcohol) to keep our spirits high. Each team had 3 races and then the fastest 4 teams qualified for a 4 dragon boat race off final.

Our team ‘The F2 Crew’ managed to just scrape in with the 4th fastest time so just qualified for the final and by this time after 3 races and plenty of drinks we were in good spirits and well up for it. As the under dogs and the only team with zero practice, we were there for the spirit of the day and to raise money for CRY in memory of Steve. It was evident from the other teams in the final that we were not a threat to them however we managed to romp it home in second place with the team who had easily beat everyone else in the heats beating us by just 1 second which was quite amazing really.

The sun was shining all day and our party gazebo was the place to be. All this was in memory of Stevie Wiggins and pretty much summed up his complete personality as he was the life and soul of everything. I am very proud of all our team and know that we have done him proud and cannot stress how much of a great day was had by all.