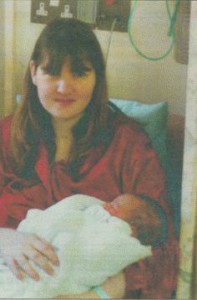 The son and daughter of a

Mandy's close family and relatives, but results showed that her two

children were the only ones found to have long QT syndrome.

is the latest in a series of setbacks for the Belgers. Last year the

heroin overdose, following speculation over a batch of rogue drugs

circulating in the Caernarfon area where she was found dead.

said North Wales Police admitted the mistake, hut she is yet to receive