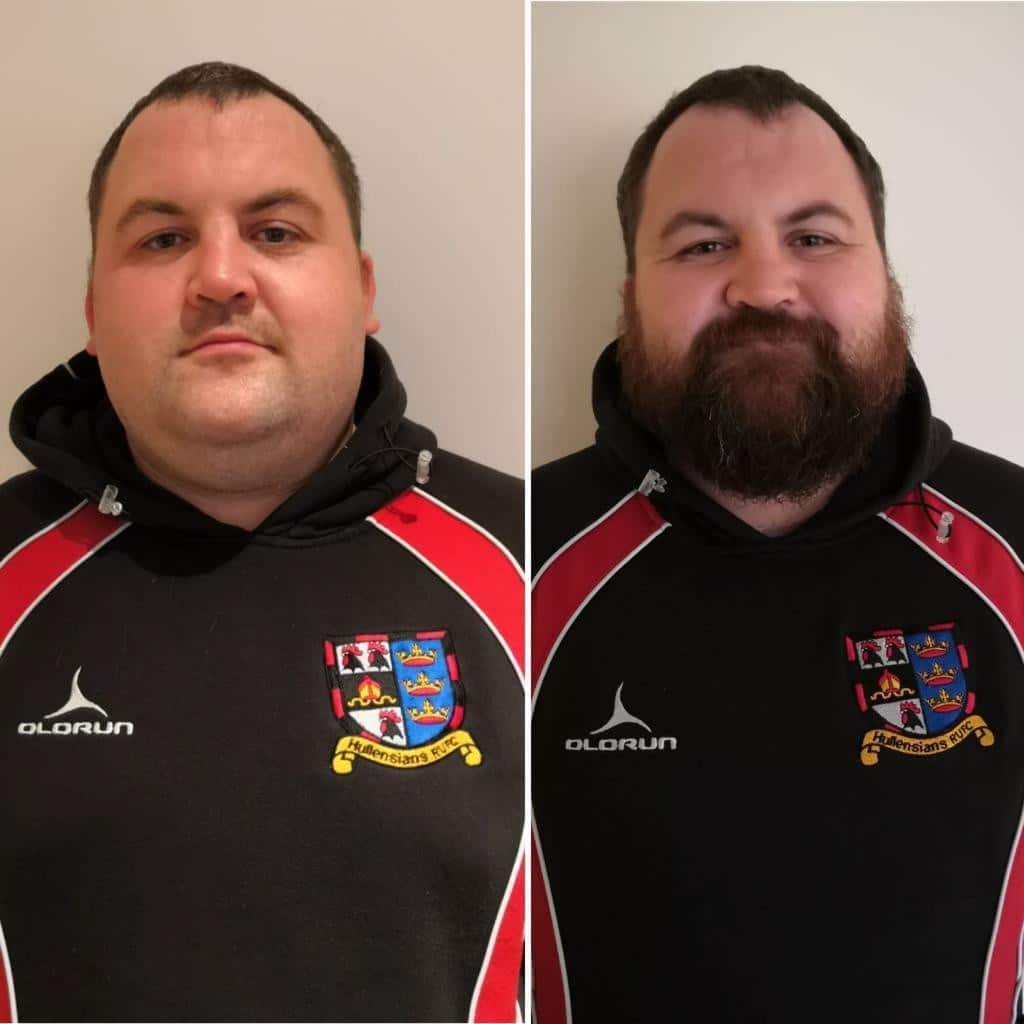 In October 2019, Dan Marren, Senior Estimator at PDR Construction and a member of local rugby club Hullensians RUFC, decided to shave off his beard for charity. That might not seem much of a challenge to many of you, but Dan has sported his big beard for 17 years and his wife and daughter
had never seen him clean-shaven…!!

Dan was lucky enough to book a free heart screening at the April 2019 event along with a few others from PDR Construction, with whom the family have a close connection (click here to read more). Dan made contact with the family in September 2019 and offered to donate all the money raised to Cardiac Risk in the Young, specifically the Jamie Loncaster Memorial Fund.

There was a fair amount of coverage on the PDR Construction Twitter and LinkedIn social media feeds to promote the ‘Great Big Beard Off’ and to date over £600 has been raised as a result. Dan’s donation page is here if you’d like to support him: Dan’s Great Big Beard Off
Jamie’s family are hugely appreciative of Dan’s efforts and to prove that he went ahead with it, he’s kindly provided a before and after mug-shot as evidence…