A brave mum is calling for all teenagers to be routinely screened for heart problems after her son was found dead in his bed.

Karen Reece, of Crewe, has given tearful interviews on Granada TV and to magazines to raise awareness of the condition which claimed the life of her son Daniel, 14, in September.

Doctors put his death down to Sudden Arrhythmic Death Syndrome (SADS). Little is known about the condition which occurs when the electrical flow to the heart is interrupted, causing it to stop.

His mother, of Alton Street, said: "I don't want Daniel's death to be in vain so I am doing everything to raise awareness of SADS.

"In France teenagers are routinely screened but it took Daniel to die before my other two children were looked at."

Karen is raising cash for the charity Cardiac Risk in the Young (CRY). 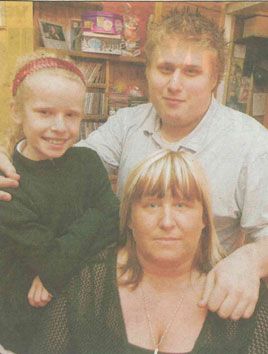 She added: "Most youngsters do not experience symptoms but when they do occur they include fainting and irregular heart rhythm.

"Sometimes Daniel would say he felt 'funny' and like most parents I would give him a drink of water and sit him down until he felt OK.

"If I had known about SADS then it would have raised alarm bells."