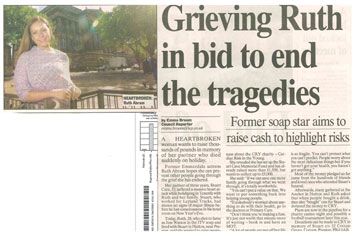 A heartbroken woman wants to raise thousands of pounds in memory of her partner who died suddenly on holiday.

Former Emmerdale actress Ruth Abram hopes she can prevent other people going through the grief she has endured.

Her partner of three years, Stuart Cave, 33, suffered a massive heart attack while holidaying in Tenerife with Ruth and her family. Stuart, who worked for Leyland Trucks, had shown no signs of major illness before he lost consciousness in his hotel room on New Year's Eve.

today, Ruth, 28, who shot to fame as Jess Watson in the ITV soap and lived with Stuart in Hutton, near Preston, said she wanted to raise awareness about the CRY charity – Cardiac Risk in the Young.

She revealed she has set up the Stuart Cave Memorial Fund and has already raised more than £1,500, but wants to collect up to £5,000.

She said: "If we can save one more family going through what we went through, it's totally worthwhile.

"You can't put a value on that. We want to put something back into helping young people. 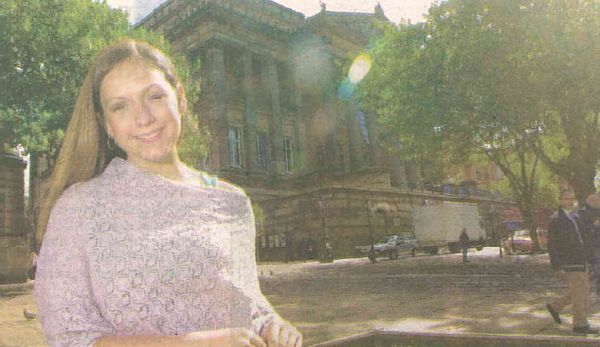 "If somebody's worried about anything to do with their health, go to the doctors or Primary Care."

"Don't just think you're making a fuss. It's just not worth that minute more of waiting – book in and have an MOT.

Most of the money pledged so far came from the hundreds of friends and loved ones who attended Stuart's funeral.

Afterwards, many gathered at the Anchor in Hutton and Ruth asked that when people bought a drink, they also "bought" one for Stuart and donated the money to CRY.

Plans are now in the pipeline for a charity casino night and possibly a football tournament later this year.

Donations can be made to CRY in memory of Stuart, c/o 32 Cottam Green, Cottam, Preston, PR4 OAB.