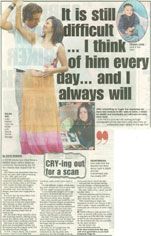 A mum whose son died from a hidden heart defect plans an exuberant fundraising day for the charity that helped her to cope.

Tests revealed an undetected congenital heart defect, leading Julie to contact the Cardiac Risk in the Young (CRY) charity for help and support.

Since then, she's become a CRY counsellor and, from the depths of despair, has found new happiness in her life.

But every day she remembers Leon – her little pride and joy.

And next month at Redcar Bowl, she'll use one of her new-found loves, salsa dancing, to raise cash for CRY.

Salsa By The Sea, on Saturday, September 8, features a day of salsa and belly dancing classes and an evening ball.

The proceeds will go towards a local CRY screening session, offering young people the chance Leon never had – to have hidden heart conditions detected.

Julie says at one stage after Leon's death she contemplated suicide, but his memory and the support from CRY has helped pull her through.

"At first, I was in denial. For a couple of years, I had it in my head that somehow, Leon would come back to me.

"It's still difficult, I think of him every day and I always will. But my time with CRY has taught me you can adjust. 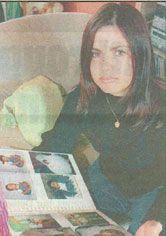 "I sometimes see children of his age and know he should still be a part of my life, the pain isn't as bad now. He's with me all the time, though."

Julie, who recently got £2,000 for CRY through a Premier League competition, says an interest in holistic therapies has also helped, but it's the exuberance of salsa that occupies her time now.

She runs a class at Grangetown's St Mary's Club and travels around the country and Europe to conventions.

She said: "I've been doing it for two years and I love it. For me, it's been like an anti-depressant, because it helped me forget and it's an excellent and fun way to keep fit."

For Julie, 38, of Grangetown, the Redcar sales day will be a real watershed, as the day after, she's heading to the Isle of Wight to set up home with fiancé Terrell Savage.

And with her life turned around, even the thought of having another child is no longer out of the question.

She said: "After Leon, I never wanted another child.

"I'd have only wanted it to be Leon again and that would be unfair, but I don't think like that any more."

Firms willing to help sponsor the event, or donate raffle prizes are asked to ring Julie on 0788 260 2108. Tickets at £20 for the full programme of £10 for the evening ball only, are available on the same numbers.