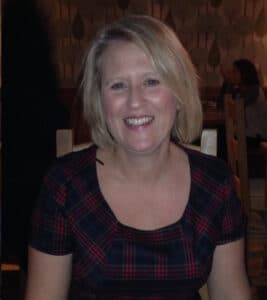 I became aware of CRY early in 2012 following the sudden death of my daughter Lily. We live in Stowmarket in Suffolk and on 16/01/12 our world changed forever, Lily aged 15 was in the final year of high school when she collapsed during a school trampolining session at the local leisure centre. Despite great efforts made by first aiders and ambulance crews Lily could not be revived and the consultant we saw that day said her death was most likely caused by a brain bleed. The first results we received following the post mortem did not find a cause of death, hearing this news added to our distress and so in the early hours one morning I was looking for information on the internet and found CRY.

I phoned later that day and although it was such a difficult call to make I was given care and advice that helped me and my family ask the right questions of the professionals around us. It allowed me to make sure Lily’s death was assessed by experts subsequently her death was classified as Sudden Adult death syndrome. It also enabled me to arrange screening for my sons then aged 17 and 13 my husband and me and at this time no conditions have been found.

Since this time I have been interested in raising awareness of the work of CRY in screening young people to detect those at risk of sudden death. We have funded two days of screening that took place in Stowmarket in 2014 and have two booked for 2015.

Lily is greatly missed by family and friends she was such a beautiful fun loving person that had so much more to do in her life that we continue to do this for her. Lily was so full of life and such an active young person it still seems impossible that she could no longer be with us. Her friends are now making their way in the adult world and I know that they wish she was with them and that are also great supporters of CRY’s work.

I would like to see screening available to all young people and CRY’s commitment to research gives me hope that it will bring the answers needed to stop this tragedy happening to other families.