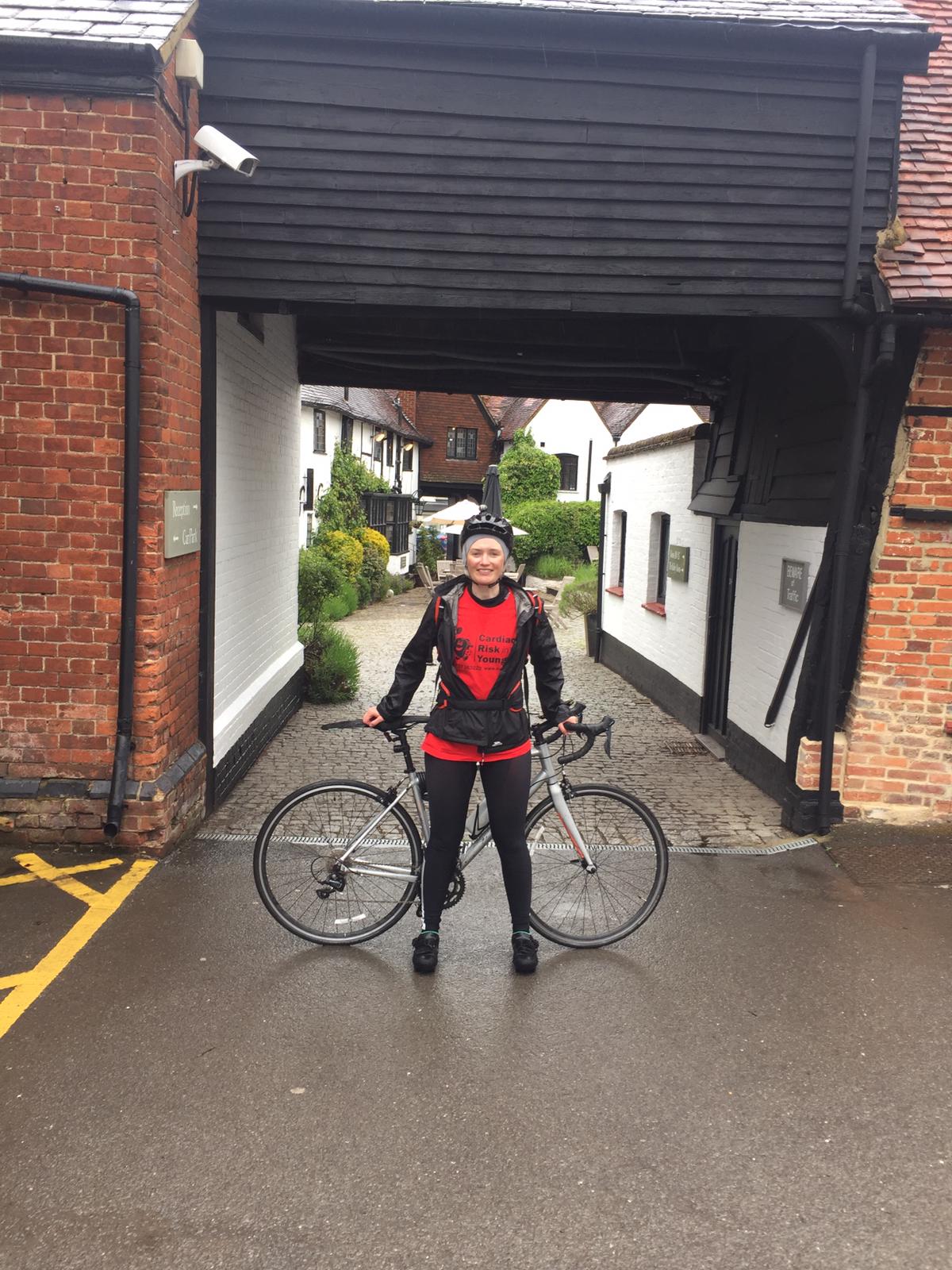 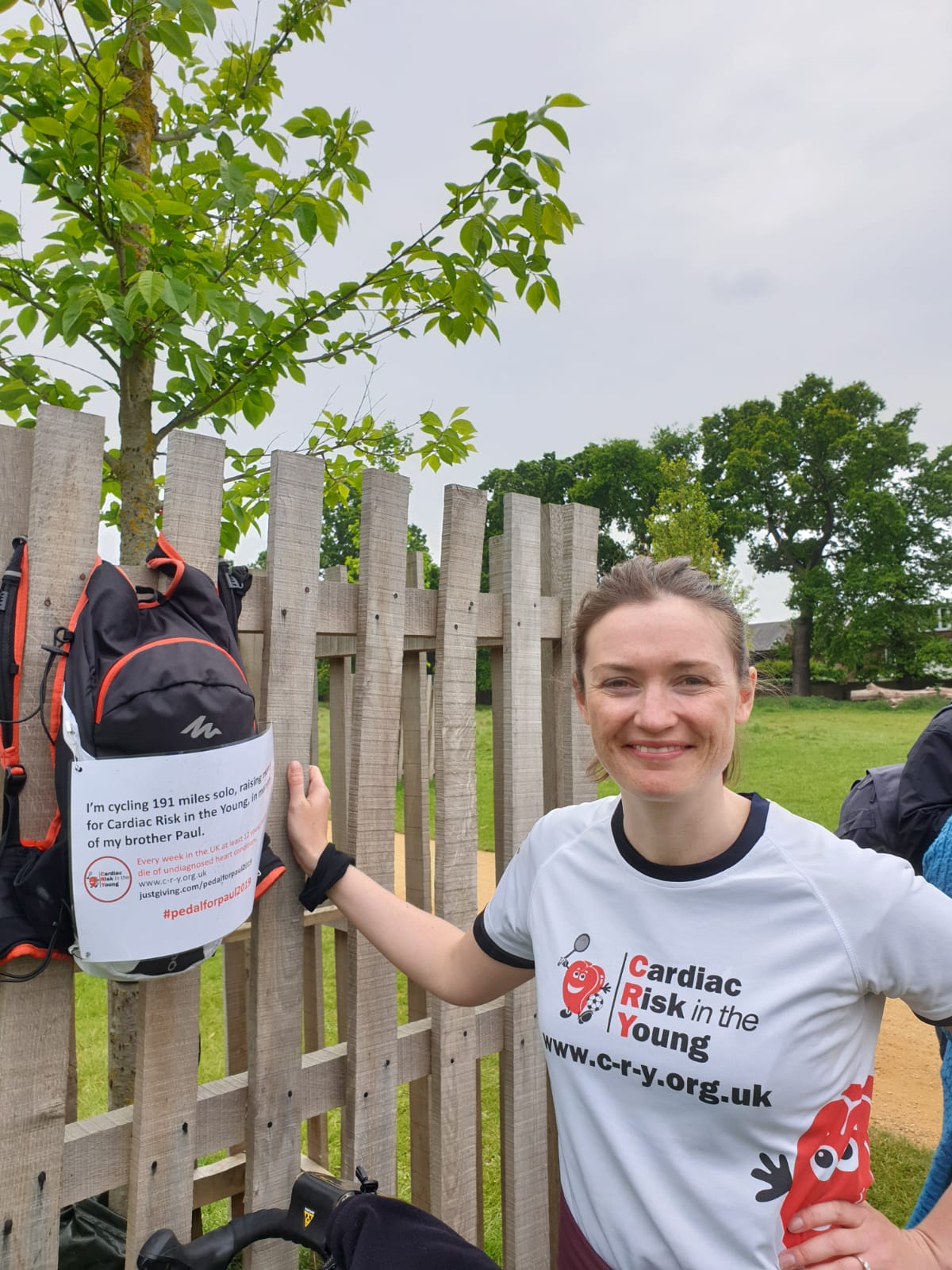 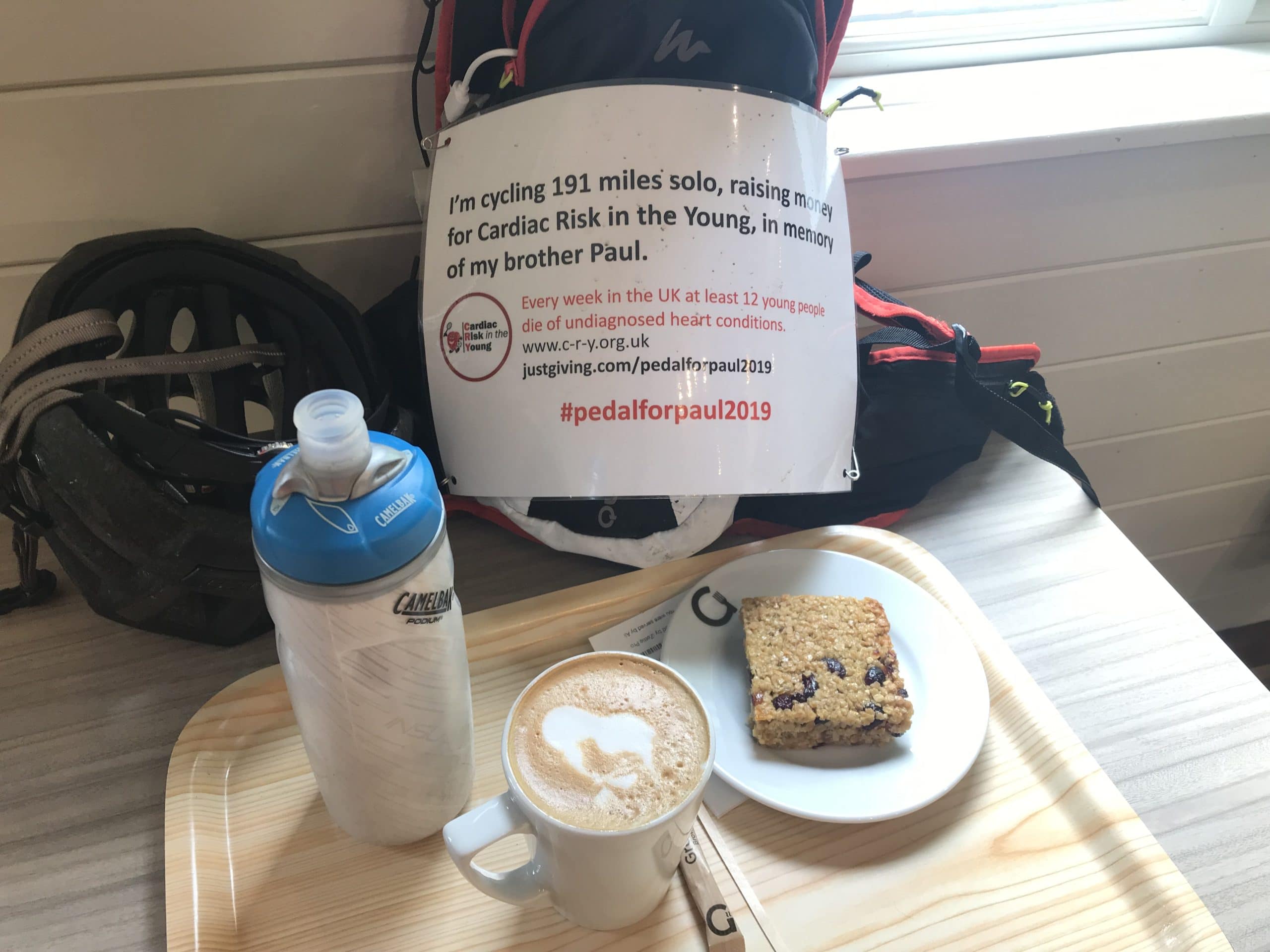 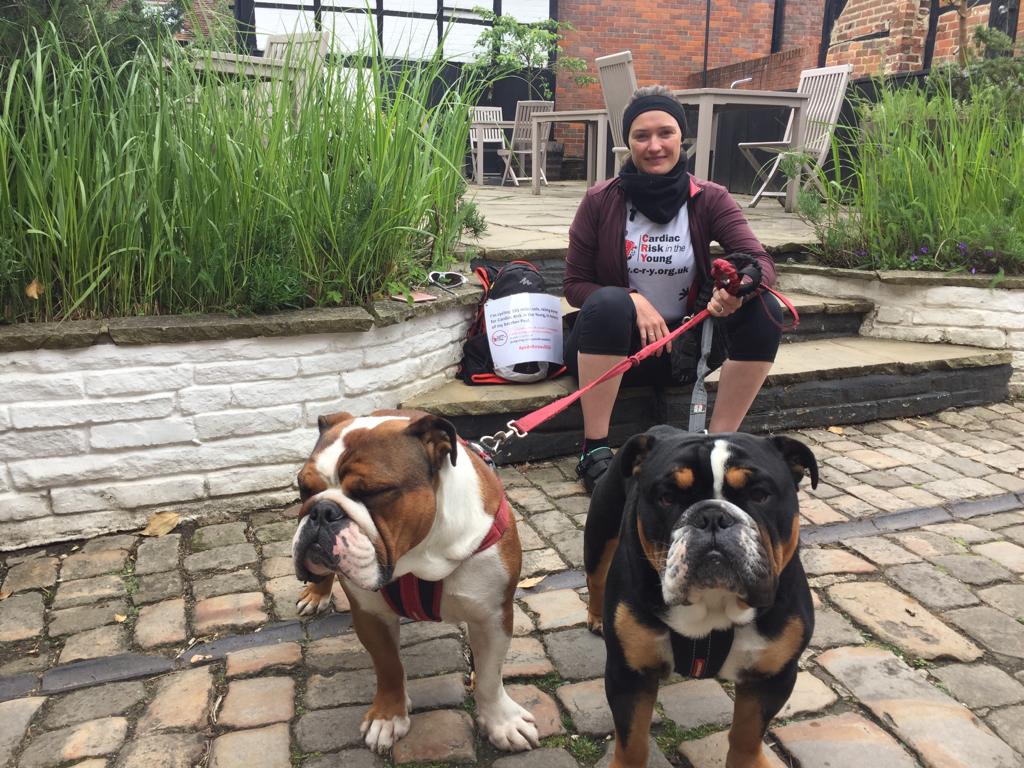 It was my 5 year old nephew who inspired me to do pedal for Paul in May this year – a solo charity cycle ride 191 miles from Buxton in the Peak District to Richmond Surrey, in one weekend. In 2018 he, and his 11 friends from nursery cycled 12 miles to raise money for Cardiac Risk in the Young (CRY), in memory of my brother Paul, his Daddy. 2019 marks 5 years since Paul died, and what would have been his 40th birthday in November, so after seeing my nephew cycle all that way with his friends, I decided to take on my own Pedal for Paul challenge. Before that day, I had never cycled longer than 3 miles but taking the 191 mile solo cycle route from my brother’s house in Buxton to his memorial tree in Richmond Park felt like the right way to commemorate and celebrate his 40th birthday.

Paul died suddenly 5 years ago whilst cycling home from work from ARVC, a heart condition which I had never heard of before. He was a healthy young man, a new Dad and an awesome older brother. Sport had always been a really big passion in his life – he’d run 7 marathons from London to Berlin, Dublin and New York, and had cycled from London to Paris to raise money for The Wisdom Hospice in Kent . After he died, when we learnt more about sudden cardiac death, we wanted to raise money in his memory to make something positive about losing him so young. It was my brother’s wife who initiated fundraising for free heart screening days in Buxton, and since so many friends and family have contributed. I ran Brighton Marathon in 2015 and London Marathon in 2016. Both of them were incredibly hard (I’m not a natural runner), but neither of them prepared me for how hard 191 miles would be. Along the cycle route, I had a lot of time to think (about 8 hours a day!), and I couldn’t stop thinking about how crazy my brother was, to love long distance endurance running and cycling. We were very close as siblings, but also very different as people. A fair few swear words were exchanged on the road.

My brother’s wife and son set me off from his house on Friday morning and soon I was on my way. At the end of each day my fiancé and 2 bulldogs would scoop me up to a local pub for dinner and sleep. And at the end, my whole family came to meet me at my brother’s memorial tree. Coupled with messages of encouragement on social media from friends, I was spurred on to just keep cycling, even when my body didn’t want to.

After I’d finished, a lot of people would ask how it went, but it’s very difficult to describe. At times, the ride was really lovely, in the beautiful Buxton hills, at times it was emotional, when kind strangers would donate cash along the way after hearing my brother’s story, a lot of the time, it was exhausting, and at times it was a bit hairy – torrential rain in the Chiltern’s at the end of day two.

It was a genuine challenge, I feel very proud to have done it, though I’m not sure I could do it again. Together we raised nearly £2,000 which will go towards a CRY screening day in Buxton, run by my brother’s wife. That’s what it has all been about – raising money in my brother’s memory, in the hope that maybe, together we can stop this happening to another sister.

The ride reminded me that you never move on from grief, but you learn to live with it. In doing this challenge, I felt like my brother was still with me, teaching me, pushing me on. And so to you Paul, happy 40th birthday big brother.