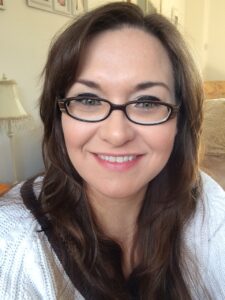 After almost seventeen years of suffering what I was initially told were ‘panic attacks’, I was finally diagnosed with Long QT Syndrome two months prior to marrying my husband Ian. Seventeen years which were filled with moments of terror for those around me, who were witness to some of the many so called ‘life threatening seizures’ which almost became the norm for myself and those closest to me. For my parents especially, it became a massive concern, particularly after my first major ‘event’ in which my own father found me unconscious and unresponsive on the bathroom floor. Had it not been for his quick reactions and resuscitating me, I would not be alive today. My dad is my hero!

I was finally admitted into hospital after having another ‘episode’, during which I endured virtually every test they could think of in order to diagnose me with something! MRIs, CAT scans, lumbar punctures, blood tests, EEGs, tilt tests. Nothing came back with anything conclusive. After eventually being misdiagnosed with epilepsy after yet another attack, I was given the drug epilim to treat my so called condition. Literally half an hour later I suffered the only ‘attack’ I can remember being awake for, on the hospital ward. I have never been so scared in my life. My heart felt like it was going to jump out of my chest, I felt sick, dizzy, and after hitting the panic button next to me I then became unconscious. Some quick thinking staff on the ward were able to get a trace of my heart as I was clutching at my chest. It turned out that the drug I was given should not have been administered to me with my heart condition as it could have killed me, however I am a firm believer that things happen for a reason and that had I not have been given this drug, I may not have ever had a proper diagnoses, and may not be here today.

So here I am now with my little pacing box implanted, and my beta blockers keeping me safe, and I feel truly blessed. After a scary time wondering how my body would cope with pregnancy, I now have two wonderful girls, Grace & Jessica. I was informed that there was a 50/50 chance that my children would have inherited my condition, and they were bang on. After DNA testing that took almost two years, I was finally told that my daughter Jessica had in fact been born with Long QT Syndrome too. Grace thankfully was in the clear. Strangely, my parents were both negative, and I was told that occasionally a mutant gene can be responsible for the start of this condition.

As a parent, this is a very scary time, especially knowing that you are responsible for your child having this condition in the first place – the guilt is never far away (I cannot help but tear up when writing this…). The shoe is now on the other foot as I now see how concerned my own parents were, and are, for me. Jessica, however takes it all in great fun. I have never known such a trooper. She loves the hospital, and has never had any negative experiences despite having been fitted with her second monitoring device under a general anaesthetic. She truly amazes me how happy she always seems, regardless of how much poking and prodding and needles are put in her. She is now 7 years old, and the plan is to replace her device with a more permanent pacemaker just before she hits puberty. Each day is a gift, and we always try to live each day to it’s fullest, never taking anything for granted. There is nothing that we stop her from doing, and my husband and I decided very early on, we wanted her to really experience everything that life has to offer, and not wrap her in cotton wool.

Jessica is really proud of who she is and her condition, always showing people her device, and telling them about her adventures in hospital. She is truly brilliant. Having a mummy that can really understand what she’s going through due to her own experiences, I hope is a great source of strength for her, and I only hope she can support others just like her in years to come. CRY for me, has been my own source of strength, helping and supporting me when I needed it the most. I hope now as a family unit that we can also give a little back to those who need someone who truly relates to their situation.