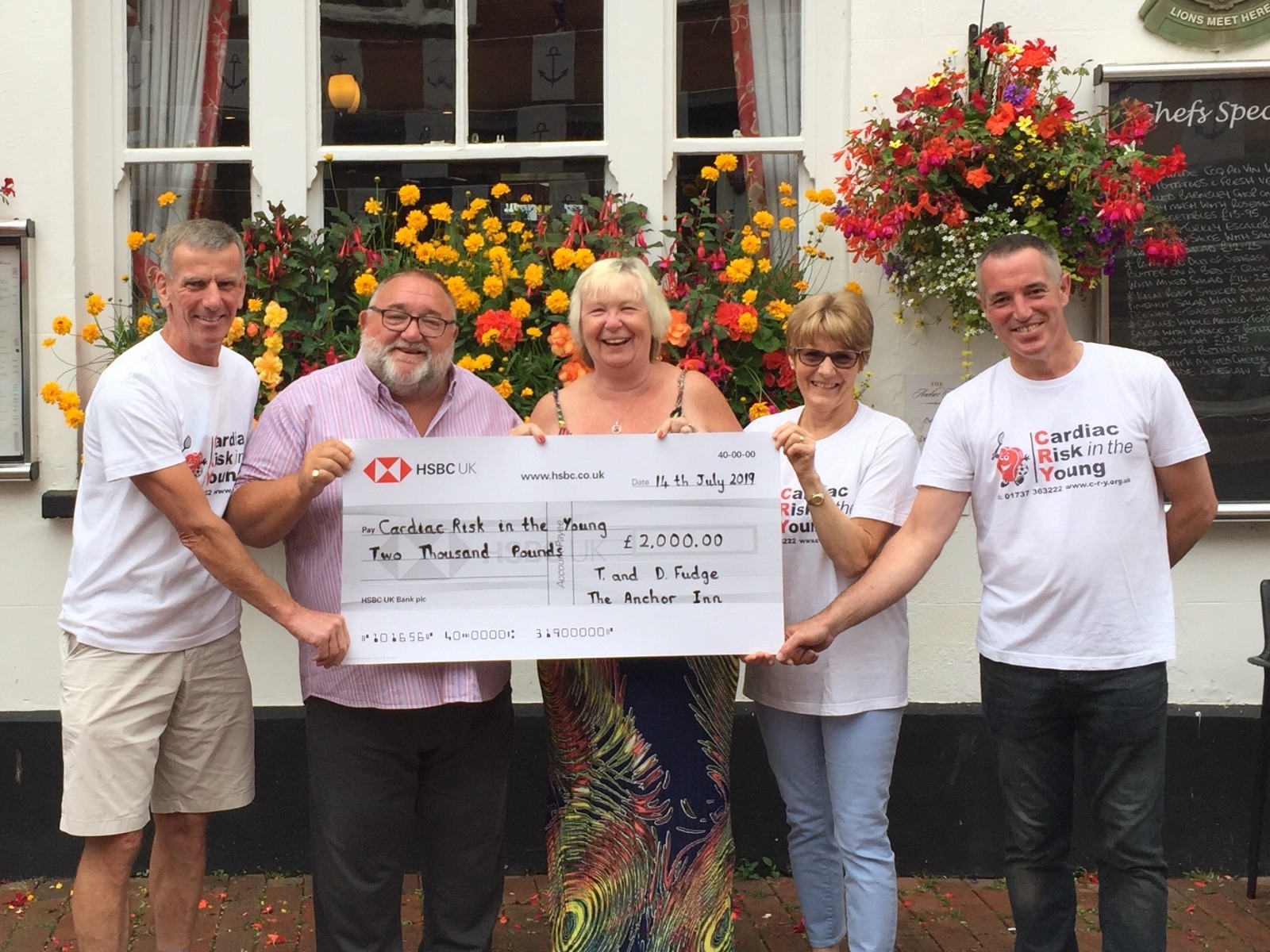 Denise and Trevor Fudge Proprietors of The Anchor Inn in Sidmouth, raised £2000 for the charity Cardiac Risk in the Young, whilst celebrating their ruby wedding anniversary.

They held a private party but decided to charge a small amount for drinks with all proceeds going to CRY. The evening included food, a Motown Band, Karaoke and dancing. The amount raised on the night came to £1,936 with Tony Philips’ parents adding an extra £64 to bring the total to £2,000.

The couple decided to support the charity CRY, in memory of Jon Hayman, who had worked at The Anchor Inn on various occasions, mostly during busy folk weeks.

Six years ago, Jon died of a cardiac arrest at the age of 27.  The money raised will go to the Jonathan Hayman Memorial fund set up with CRY.