A National screening drive aiming to cut the number of deaths among young people has been launched in the region.

The Cardiac Risk in the Young (CRY) charity began its mobile trailer tour of England which will see about 3,000 people aged 14 to 35 get free heart screening, in Durham City, on Saturday.

The launch was attended by several North-East families, who have lost children or young adults to undiagnosed heart conditions.

The event was held in Durham, in memory of Levon Morland, 22, from West Rainton, who died suddenly from a heart defect in 2002.

Each year, about 600 apparently fit and healthy young people are struck by sudden death syndrome or sudden cardiac death.

Kevan Jones, the MP for North Durham who founded an all-party parliamentary group supporting CRY, said: “This tour is the realisation of a dream. I think it have a major impact on raising awareness of these conditions.” 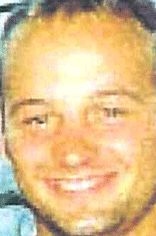 Alison Cox, chief executive of CRY, said: “We are aiming to test more than 3,000 young people, which is a major step towards our aim of reducing the number of young sudden cardiac deaths in the UK.”