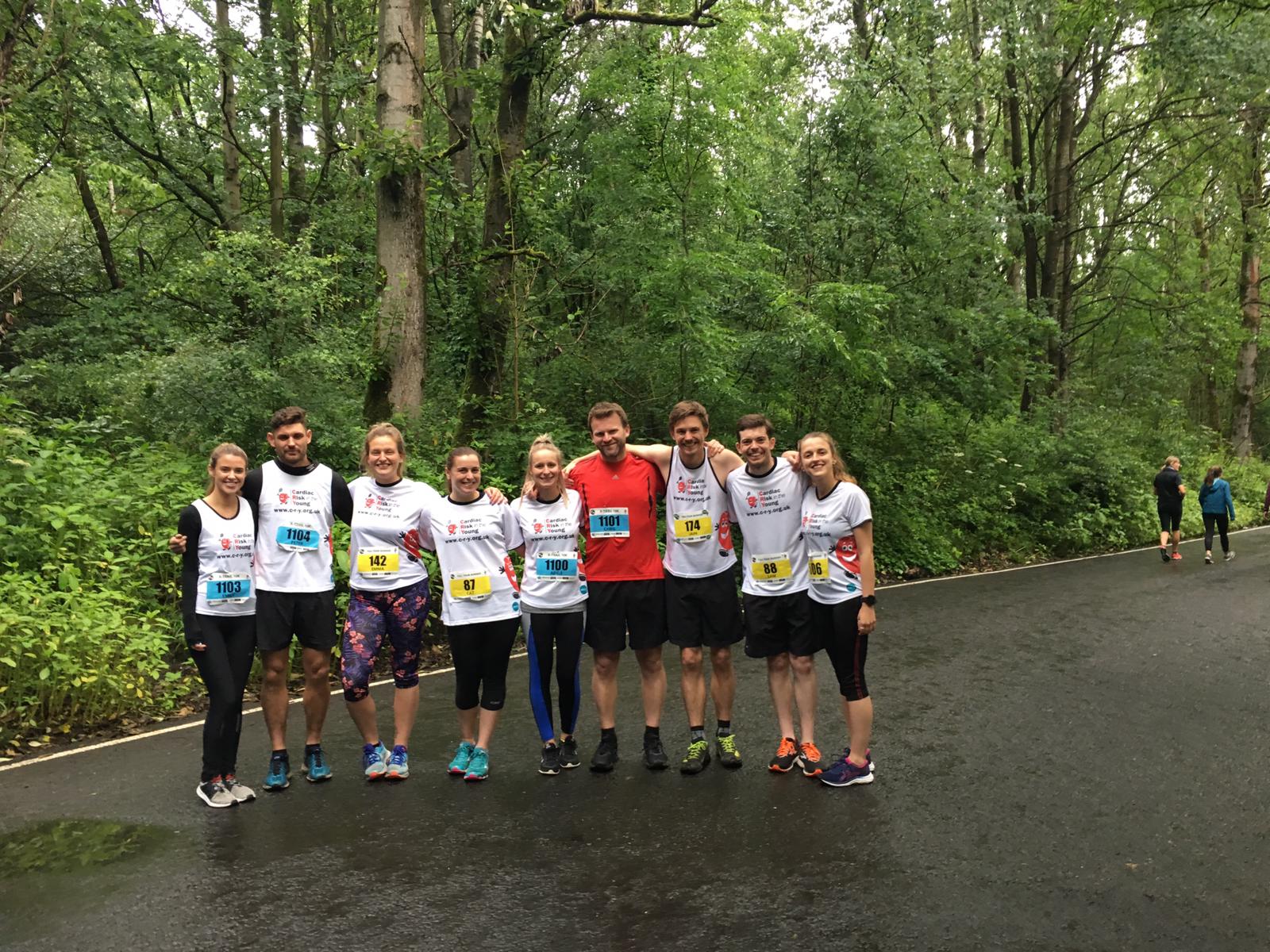 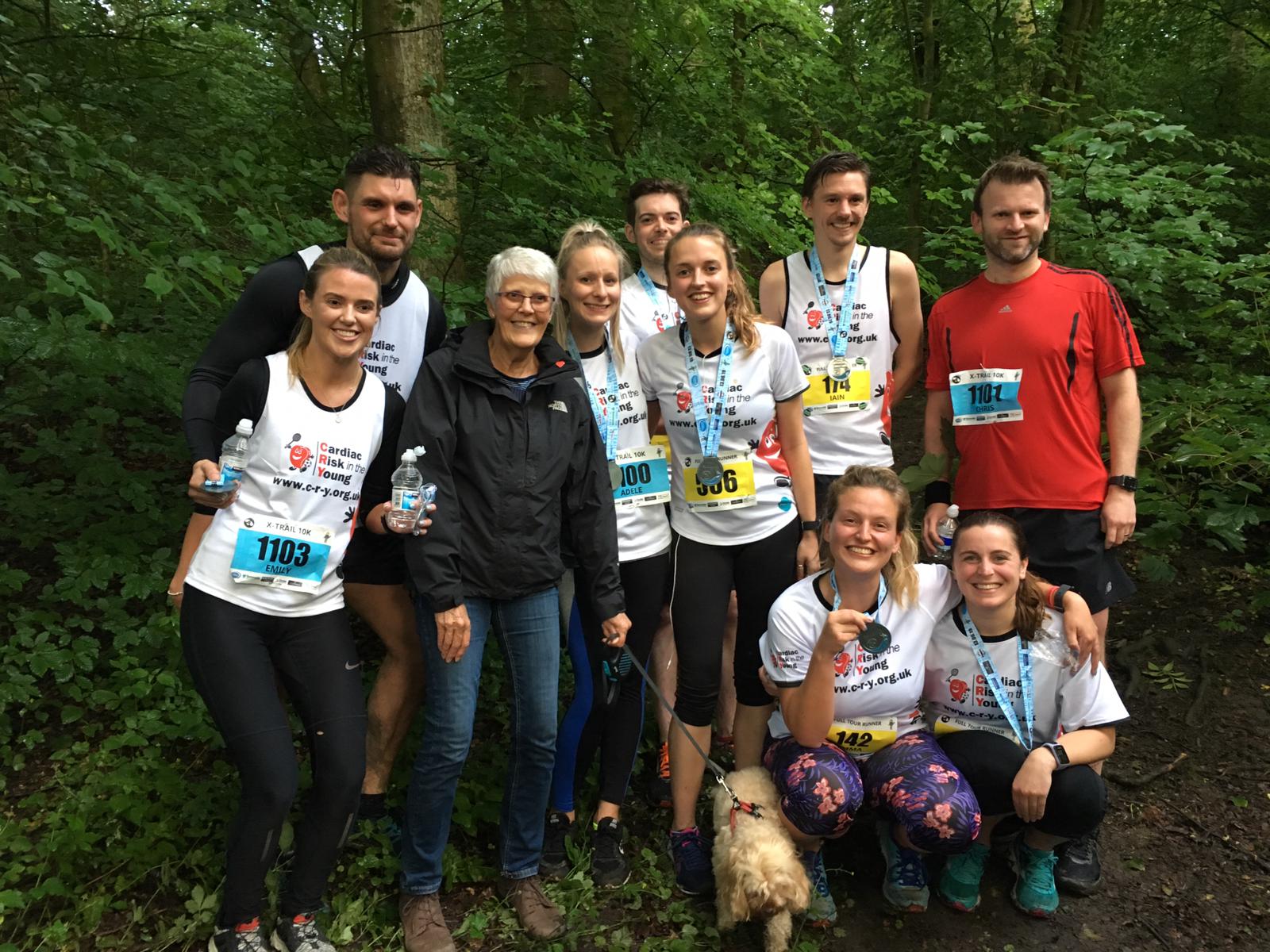 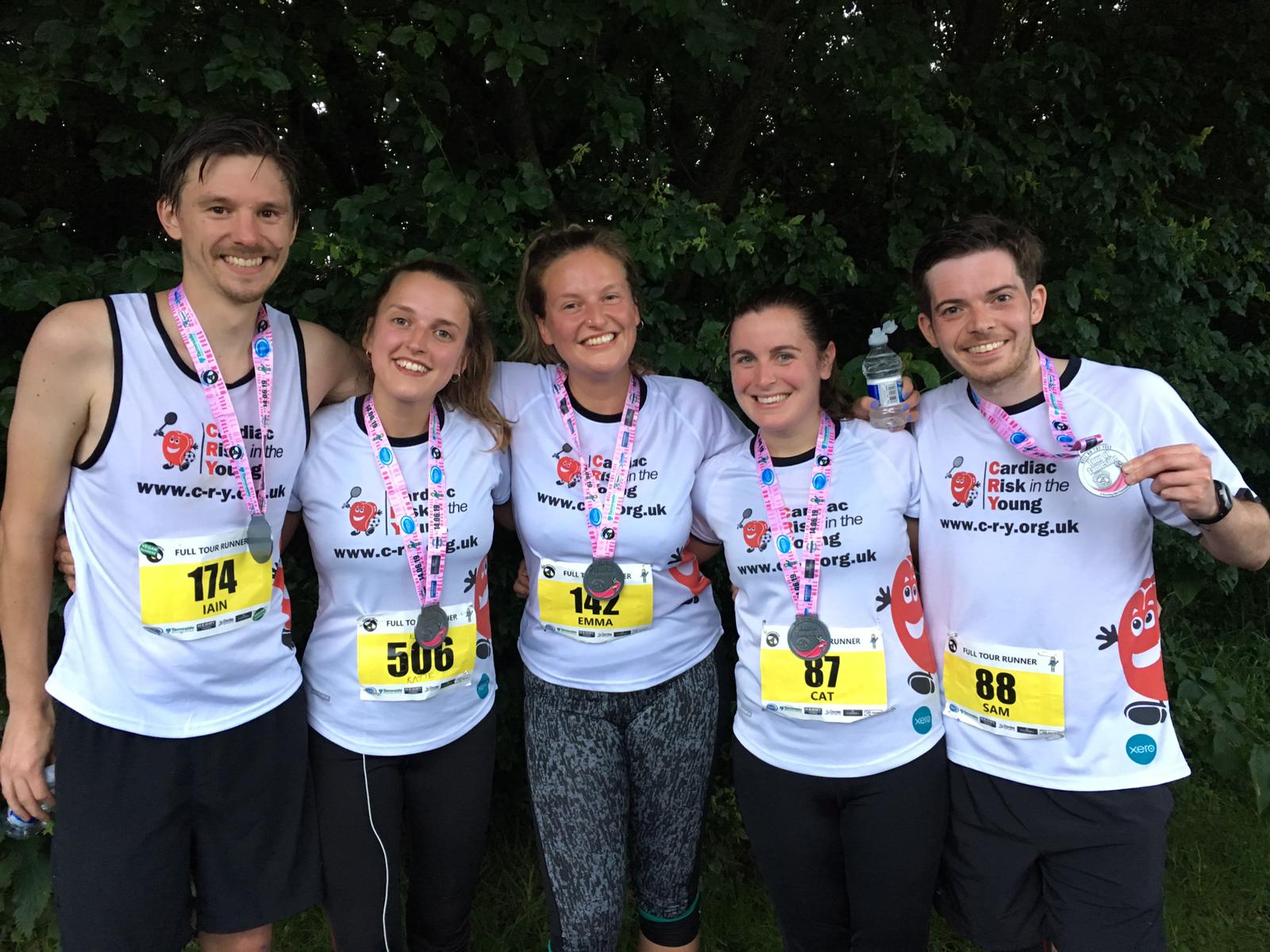 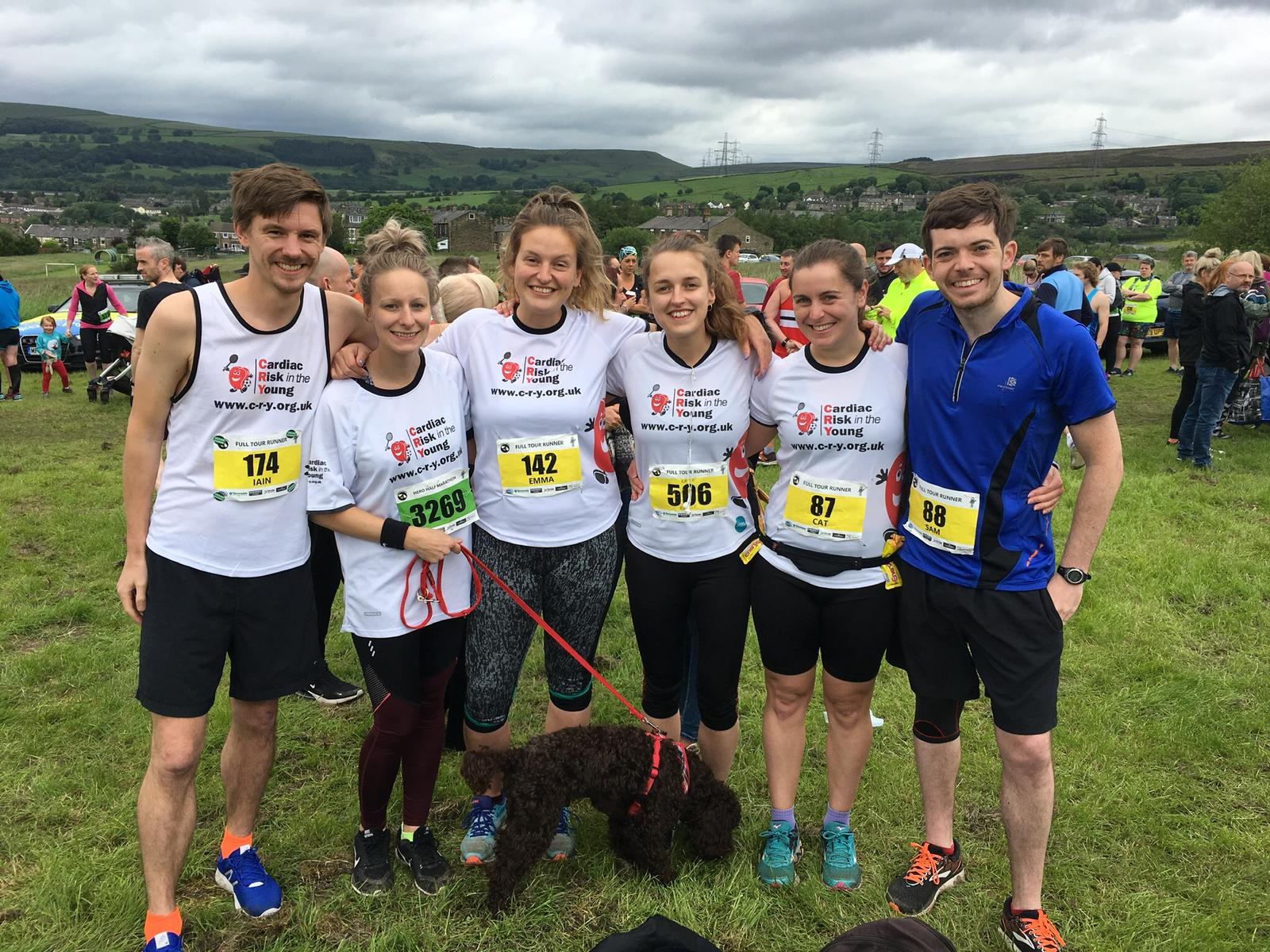 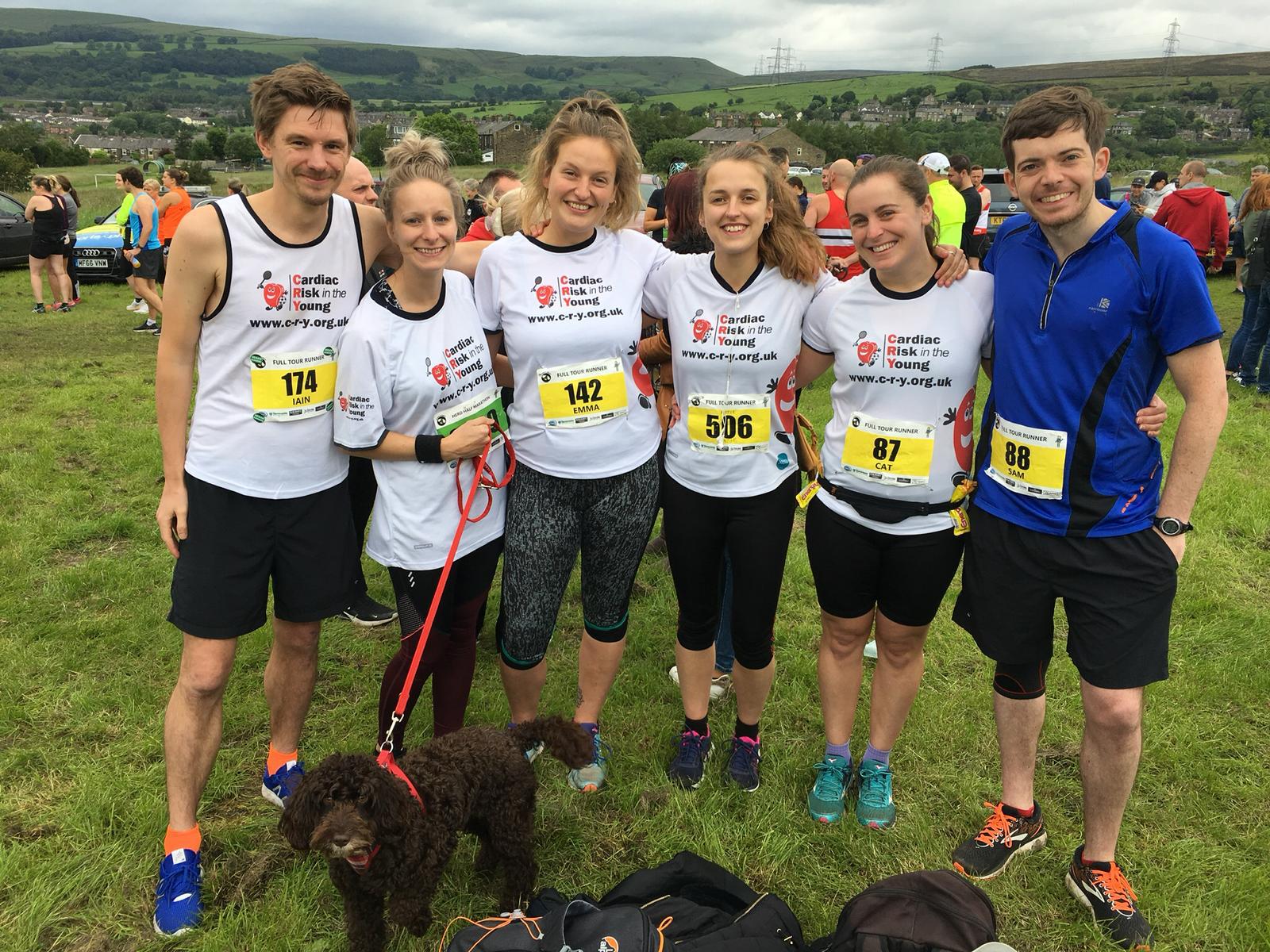 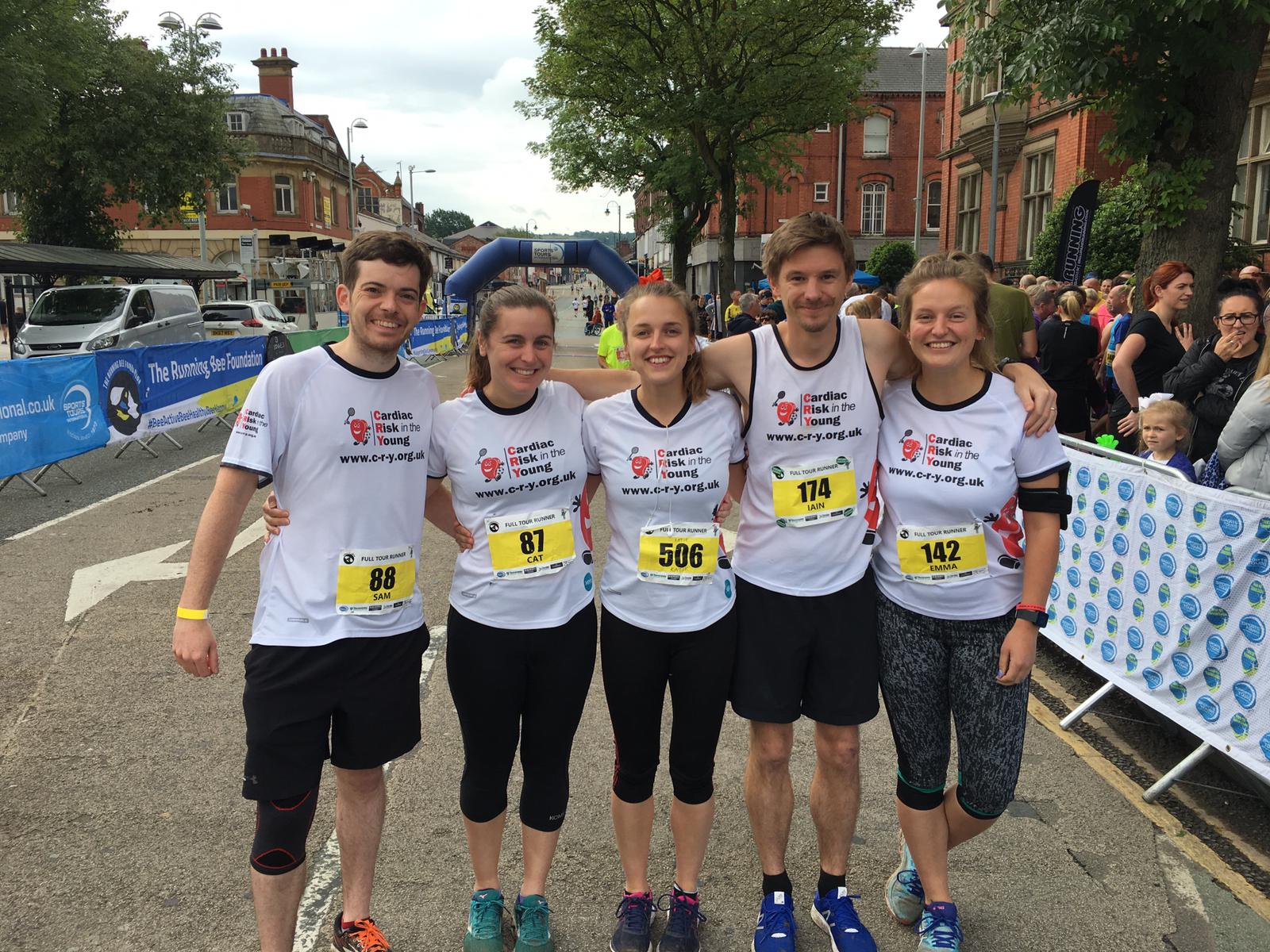 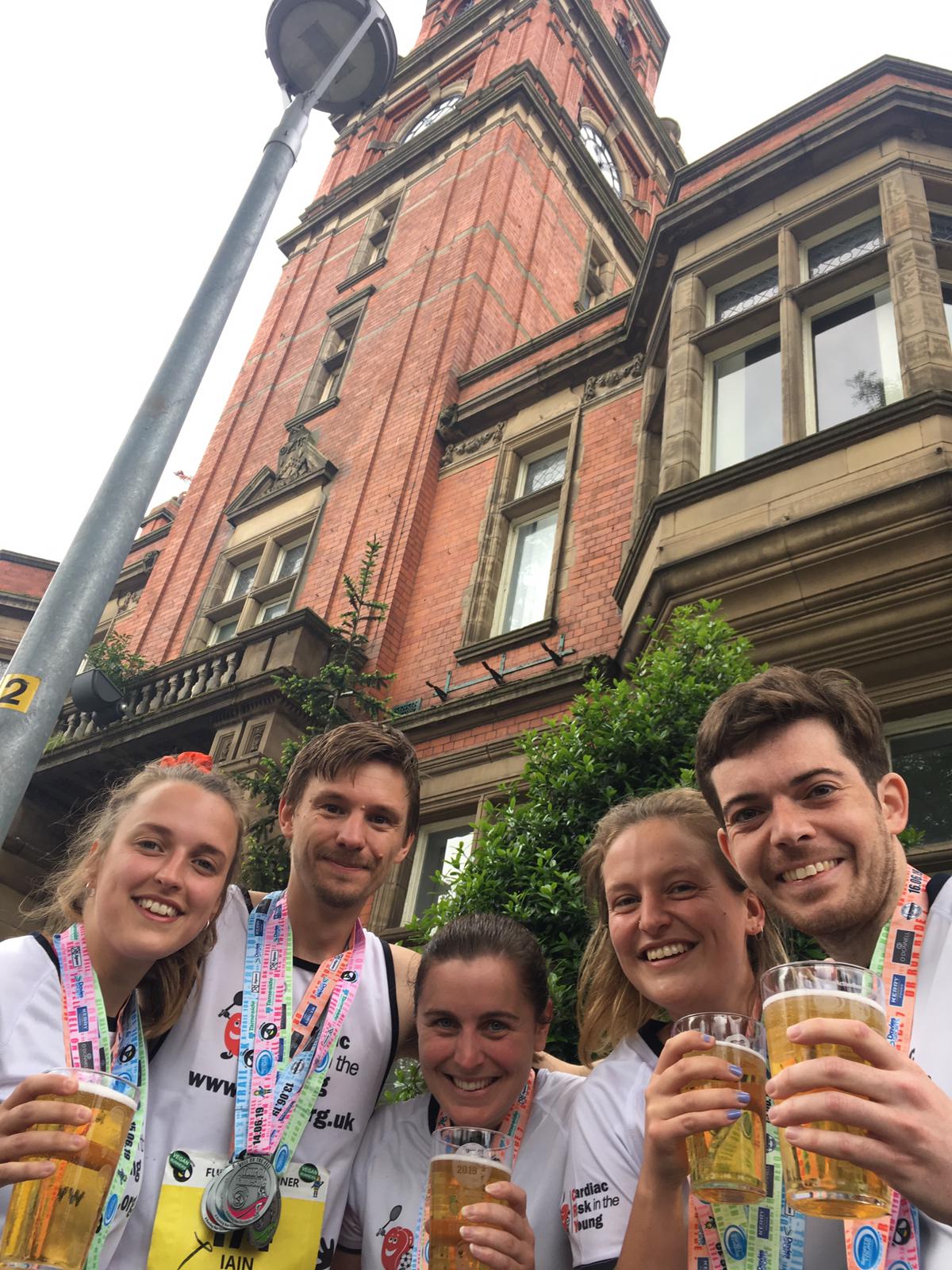 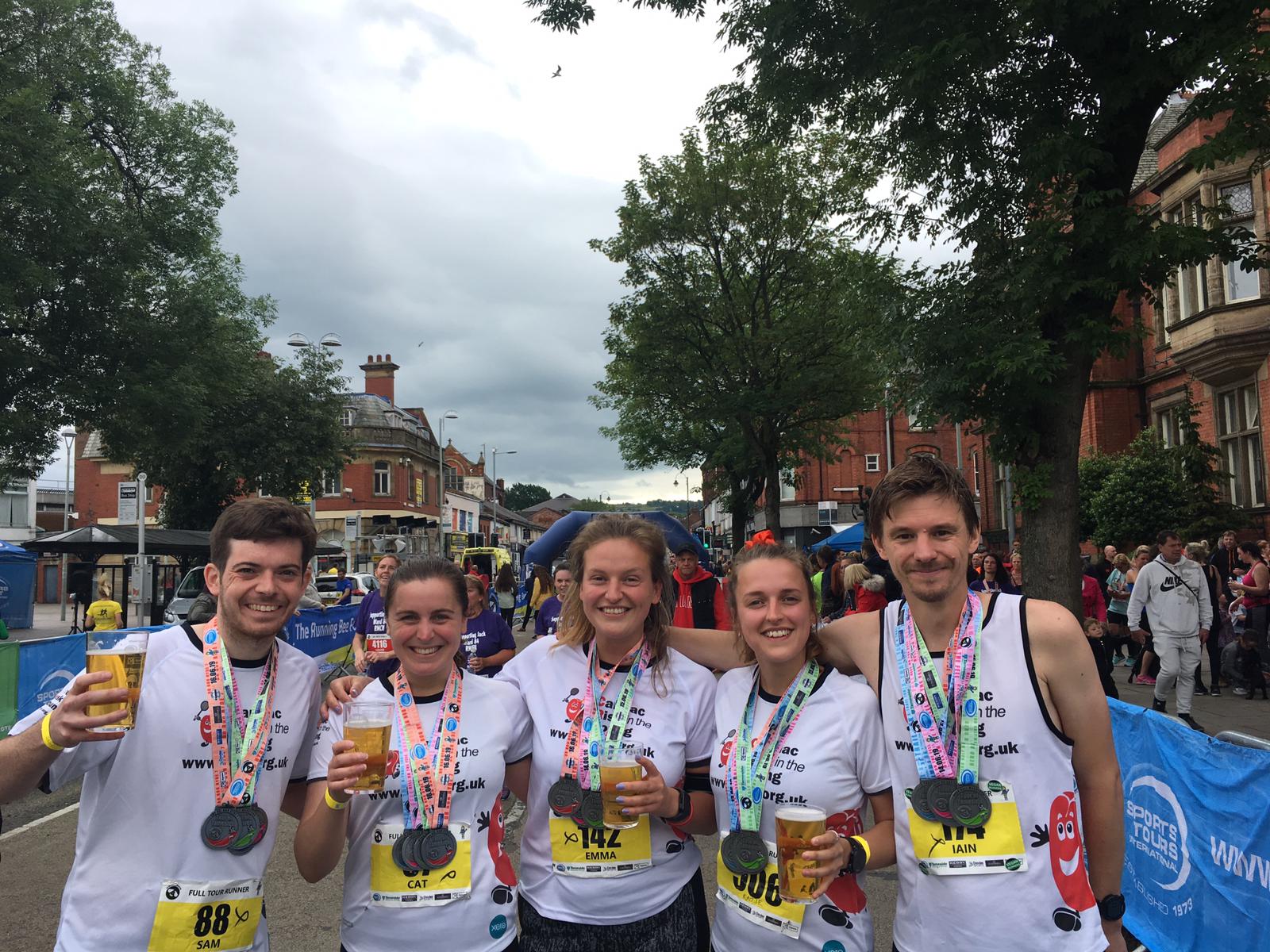 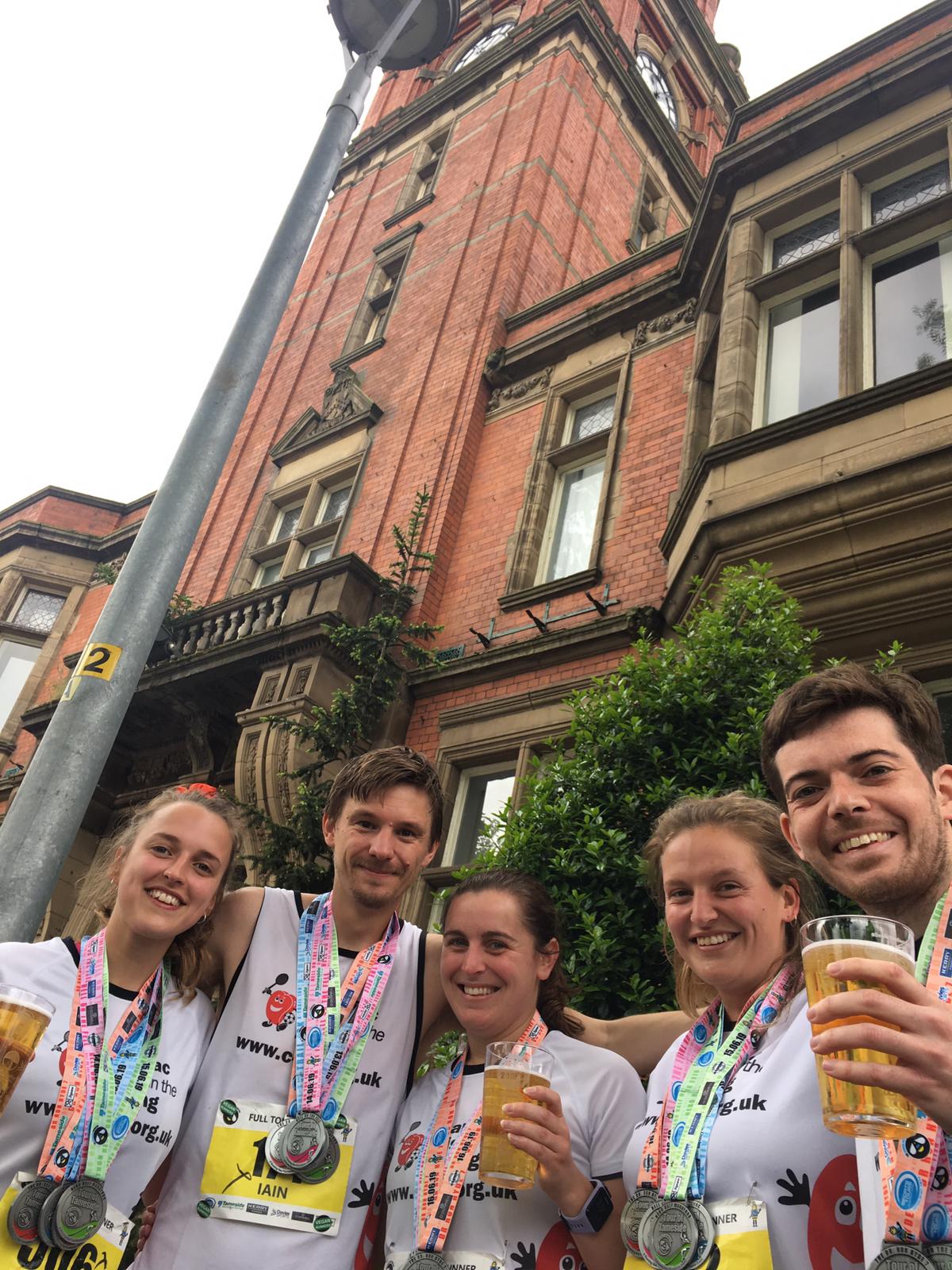 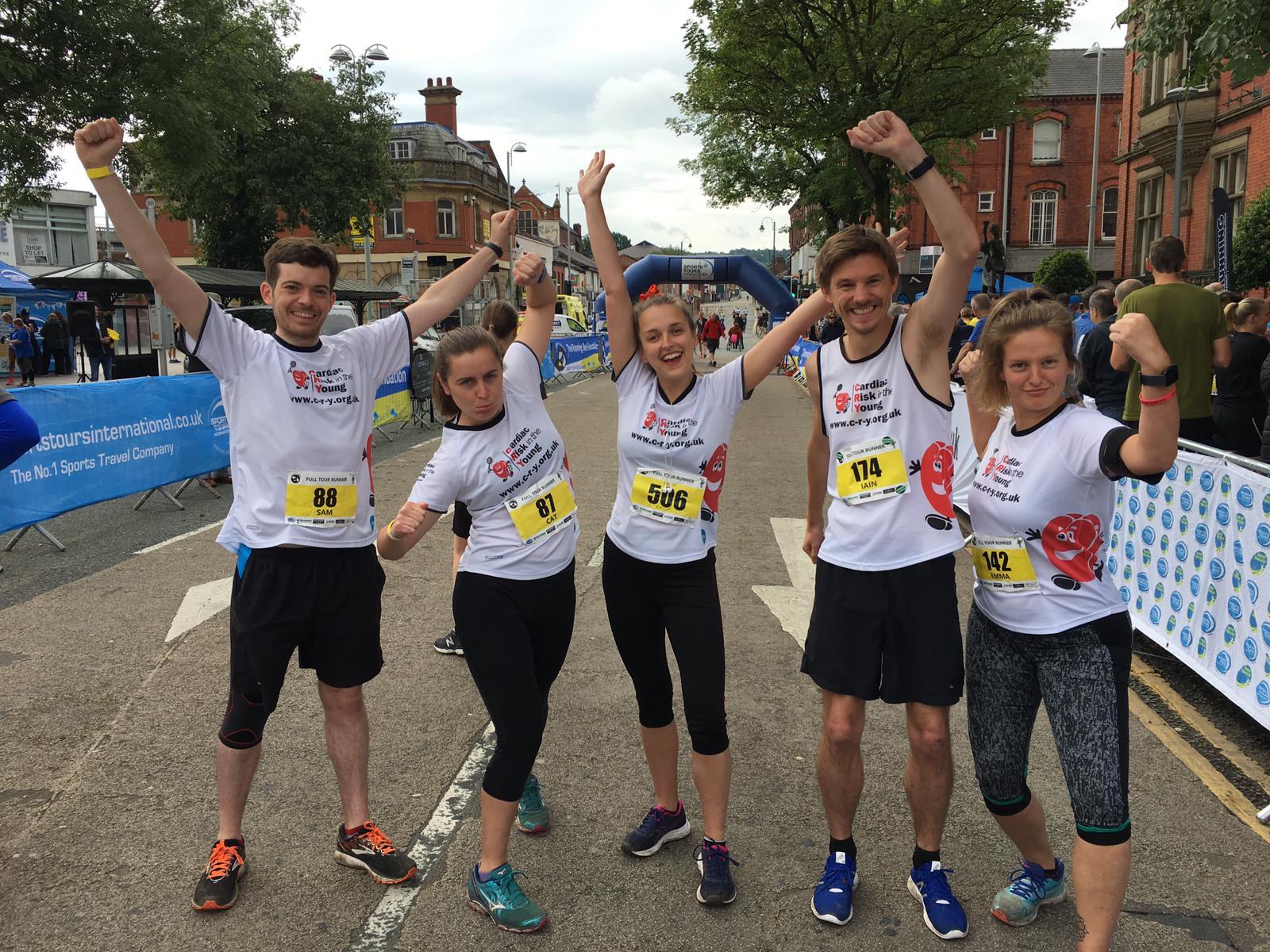 In May 2017, our wonderful friend Rachel Buckley passed away suddenly but peacefully in her sleep aged 27. After her passing, her family received help, guidance and support from CRY who do such incredibly valuable work for those reeling with such sudden and devastating loss.

We – Emma Oxenham, Ian Blackwood – Hobbs, Cat & Sam Turton, Katie Pickering & Freddie Watson- wanted to do something to raise money in memory of Rachel and for such a worthwhile charity. What could we do? We debated a few half marathons, some other daunting looking challenges but then came across The Tour of Tameside and signed up with gusto!

The Tour of Tameside is an annual 4 day running event (14-17th June 2019) held at various locations across Tameside, taking in beautiful scenery as well as slow, steady and steep hills! The event consisted of a mixed terrain 10k, a 6 miler called Hell on the Fell (!), a half marathon and a 7 mile road run.

Tameside is local to where Rachel, and most of us, grew up so it was lovely to see Rachel’s parents cheering us on during the first event (thanks for the much needed encouragement!) Rachel’s sister Emily & her boyfriend Pete, as well as Rachel’s best friend Adele and husband Chris, all joined us for the first event too which made the start of the Tour a really special moment. They all absolutely smashed it – Rachel would have been so proud! Adele even went on to sign up for the Half marathon (her first!) and again, finished in an amazing time. Adele’s dog Buckley, named after Rachel, was waiting for her at the finish line!

Overall, we raised £4020 for CRY and we would like to say such a massive thank you to everyone who donated what they could, as well as sending amazing messages of support along the way. It is evident from the support we received that Rachel made such a positive impact to so many people and she is missed by all – what an honour it is for us all to have been friends with such a beautiful person.