A retired ambulance technician has rowed all the way to Barcelona.

But Bob Bailey did not need to invest in a sombrero or sun cream as he has managed the feat from the comfort of his air-conditioned gym.

Nonetheless, the charity feat has taken its toll on the 65-year-old who is now looking forward to a well-earned rest.

Mr Bailey, of Shorncliffe Crescent, Folkestone, has rowed one million metres over the past four months to raise money for the charity CRY, which researches Cardiac Risk in the Young.

He chose the charity after his 23-year-old nephew, Damian Kosten died in April from Cardiomyopathy.

Mr Bailey has been a regular on the rowing machine at Fitness Works, next to Folkestone Sports Centre, for at least an hour, six days a week. 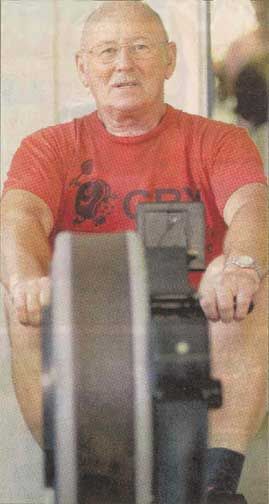