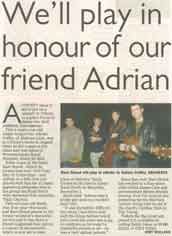 A county band is set to put on a concert in tribute to a great friend of theirs who died suddenly this summer.

Thirty-eight-year-old singer-songwriter Adrian Coffey, of Malvern Link was at a friend's home in August when he felt a pain in his chest and was taken to Worcestershire Royal Hospital, where he died.

Keith Jones of the band Rare Breed – which he formed last year with Tony May of Cotheridge – met Adrian at a folk club and played with him for 13 years, appearing alongside him in the group the Road North with renowned folk musician Vikki Clayton.

Fifty-six-year-old Keith, who lives near Worcester, and Rare Breed played at the former scientist's memorial service and it was there a friend suggested they put on a concert in his memory, which is now set to take place at Malvern Youth Centre in the town's Albert Road North on Saturday, December 2.

Keith added: "Adrian was a lovely guy and you couldn't fault him.

"It was incredibly difficult but when I was there they said the thing Adrian would have loved the most was a gig to celebrate as he wasn't a miserable person at all – he was a very upbeat person." 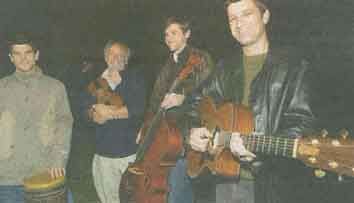 Since last year, Rare Breed has swelled to a four-piece with cellist James Cave and percussionist Simon Brooks joining. Now the quartet are preparing for the Malvern concert being held in aid of the charity Cardiac Risk in the Young.